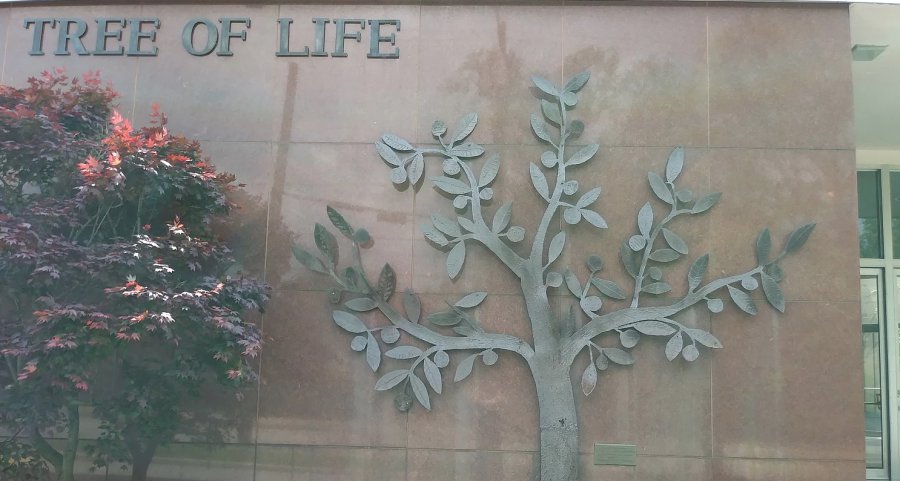 We all know the drill by now. Someone does something terrible. The Left wants us to know that it is Trump’s fault. The Right wants us to know it’s the Left’s fault. But if any tragedy in recent times gives us an opportunity to rise above the usual divisions, it’s this one. Because of who the victims are. And because of what their community thinks of our country.

For the fact is, no gentile country in the history of the world has been better to the Jews than the United States of America. And they know it. They love America for it. We are so much greater a country for that mutual love.

I feel the Jew’s love for America not as a detached observer but in my very blood. I am a Catholic and the son of a Portuguese Catholic mother. But my father is Jewish and his father was born in a Russian “shtetl” like the kind depicted in Fiddler on the Roof. Their family literally walked across Europe to come to America.

When my grandfather’s brother died, my father told The Hartford Courant his uncle felt taxes “were a cheap price to pay to live in a country like this.” My great uncle and I differed on politics, but I understand the gratitude toward America that underlies that statement. In that sense, at least, I have never been far from my Ashkenazi (Eastern European Jewish) roots.

I happened to be about two-thirds of the way through Paul Johnson’s A History of the Jews when the news about Pittsburgh arrived. There are portions of the book where it seems like there’s a massacre of the Jews on every other page. Ancient Rome, Byzantium, the Muslim Middle East, Latin Christendom, the Protestant Reformation. On and on. Massacres of the Jews as far as the historian’s eye can see.

And in the memory of many still alive, of course, the Holocaust. The Shoah. An evil of such epic proportions that at times it threatens to replace the Exodus itself as the central narrative of the Jewish people. But even there, consider how the Shoah is refracted through a Jewish love of America. Secular Jews may have lost their faith, but they have not lost their identity as Jews.

When a leftist Jew supports the ACLU, he is doing it to preserve what he loves most about America. He knows that America has been good for the Jews and he wants to preserve the liberties that he believes has made it so.

When a neoconservative Jew supports an interventionist U.S. foreign policy, he does so  to advance something he loves about America. He knows that American democracy has provided the best gentile home for Jews in the history of the world, and he wants to see more of it.

And America has been its beneficiary. Imagine our arts, our culture, our fashions, our science and technology, our finances, even (especially?) our comedy, without American Jewry.

That’s not to say that no Jewish kid has ever been beat up and called “Christ killer,” that no Jew has ever been denied a place at the table or faced bigotry of some kind. People kept Jews out of certain neighborhoods. Jews were blocked from some occupations and kept out of certain clubs. Of course these things happened here. As Michael Brown notes, vile, vicious Jew-haters (on left and right) rant and threaten on the web. The alt-right marchers in Charlottesville chanted, “Jews will not replace us.” Anti-semitism isn’t dead in America.

But the Jews know history better than anybody. They’ve lived more of it than anyone else. And they know, all other things being equal, what a miracle is the United States of America. For them and for the world.

Robert Bowers, Jews Aren’t Children of Satan. You Might Be, Though