Amazon Banned Her Book From Being Sold. Now This Christian Leader Speaks Out. 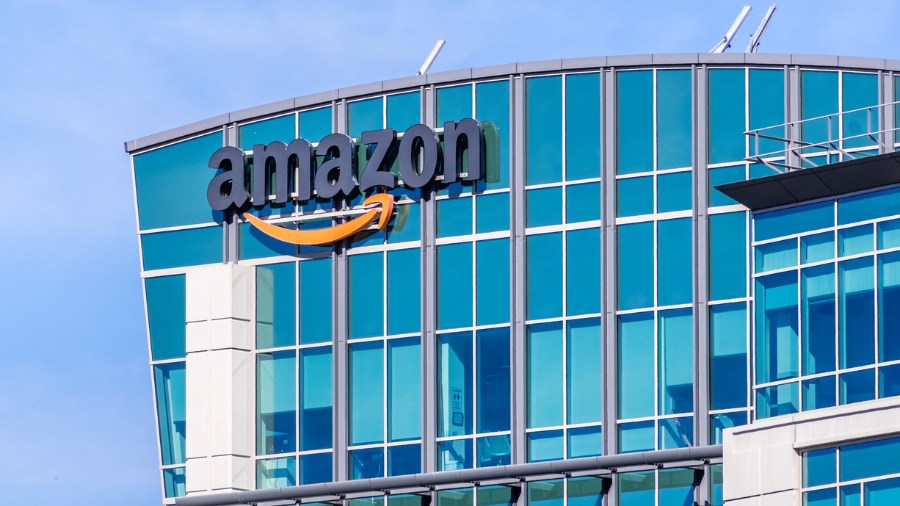 In early July, Amazon quietly removed more than a dozen books from the world’s largest e-commerce marketplace. The titles, most by Christian authors, address issues of same-sex attraction and homosexuality from a faith-based perspective.

“My publisher did not even get a notice from Amazon,” said Paulk in a phone interview. “They simply removed my book and disallowed anyone from selling it on their platform.”

It seems a surprising move for Amazon, which opened up shop in 1994 with the tagline “Earth’s Biggest Bookstore.” Their stated corporate values include defending “diverse perspectives.”

On July 17, the publisher sent Amazon a letter noting book-banning contradicted the online retailer’s own policies.

“Among many in this current generation, there is no longer room for a diversity of belief systems.” — Anne Paulk

“These are perilous times for free speech and religious expression in America,” said Paulk. “But Restored Hope Network remains committed to speaking the truth in love to the culture about God’s design for sexuality.”

The mother of three sons, she has previously spoken at Southern Baptist Convention conferences and written for The Gospel Coalition.

Speaking from her office in Colorado Springs, Paulk discussed her group’s purpose, responds to Amazon, and counters the claims of ministry critics. It has been lightly edited for clarity.

What is the mission of Restored Hope Network and when was it founded? Anne Paulk: Our mission is to restore hope to those broken by sexual and relational sin, particularly those impacted by homosexuality. We do that through the Christian faith — the life-changing power and incredible love of Jesus Christ.

It’s not about shaming, coercion, or anything else. It’s about joy and peace and resolution of things that have troubled people.

Restored Hope Network was founded in 2012. We took up the mantle that Exodus International had tossed aside. By the end, they no longer were helping people leave homosexuality.

Our affiliated ministries have representation and influence in a diversity of Christian traditions, including Catholic and Protestant circles. Most of our leaders are lay people who have themselves walked out of homosexuality. Based on their own previous experience, they now help other people leave who desire to.

We also have many trained counselors. Some of our member directors, for example, have their masters’ in counseling and are licensed with the state. We’re excited to have their expertise on board as well.

Banned From the Marketplace

When did you learn Amazon had removed your book?

Anne Paulk: Right after our national conference, I was on vacation in Washington state when I learned my book had been banned. It’s ironic because that’s where Amazon has its headquarters.

My book titled Restoring Sexual Identity is designed to help women who struggle with unwanted same-sex attraction and want to leave homosexuality. When I wrote it several years ago, I took exceptional care for the tone to be understanding and compassionate.

Reader reviews have been favorable overall, though a few gay activists left mean remarks. They seem to have never read the book. Also, they didn’t like a different ideological viewpoint being presented.

All of Joseph Nicolosi Sr.’s books and several titles by various authors were banned at the same time. Also one by counselor and prolific writer Joe Dallas. One of his books was banned that we in ministry consider particularly helpful.

Why do you think this is happening now?

Anne Paulk: The idea, based on Christian theology, that homosexual behavior is sin has become offensive to the current culture. The statement I just made is an immoral one, in the eyes of many millennials and younger.

How is your personal testimony connected to these issues?

Anne Paulk: As a young adult, I was in a very liberal college and became somewhat despairing. But I left homosexuality when I was 19 years old.

I had an experience with Jesus and gave my life to him. He came into my life and filled it with peace and joy, even amidst still struggling with same-sex attraction for many years.

That made all the difference in the world. Now I was guided by different principles in my life that made sense and gave me new direction.

Over time, as I dealt with the personal issues that were underlying my struggle, I began to see those feelings resolve. In other words, I no longer really struggle with same-sex attraction at all.

Does that mean I couldn’t possibly be tempted? I wouldn’t say that. It’s possible — but, if it shows up, it’s not the answer to my needs or the answer to where I want my life to go. So this is very personal to me.

The pressure is so intense. Historic, orthodox Christianity holds a view that sex is meant for between one man and one woman. Everything else is considered outside God’s intent. That is, it’s sin, it’s missing the mark. That is deeply offensive to the non-Christian culture of today.

All it took was complaints from one or two gay activists in the U.K. to cause this to happen at the largest online retailer in the United States. Among many in this current generation, there is no longer room for a diversity of belief systems.

Today, it is widely held that counseling those with unwanted same-sex attraction is ineffective and dangerous. In what evidence does Restored Hope Network ground its work?

Anne Paulk: I would pose a question in response. What peer-reviewed and published evidence do they have of harm being done in recent years? Today, our network in the counseling or ministerial professions is not finding any such examples.

These days, we hear interesting stories being spread. As if harmful aversion techniques are currently being used in helping people leave homosexuality. We cannot find any evidence of it.

When you hear stories like that, it’s important to ask: Who is the counselor or practitioner who suggested electro-shock or some other harmful technique? Did you make an ethical complaint against them? Because they should.

Previous peer-reviewed studies were thrown out by the American Psychological Association Task Force. The APA didn’t allow a diversity of viewpoints to be represented.

Yet Stanton Jones and Mark Yarhouse’s longitudinal research showed no harm from our work. In fact, they found increased well-being even when a person continued to struggle with same-sex attraction.

“These topics of gender and sexuality are very complex and challenging. My message to the church is to learn more.”

The APA said, Because it has a religious basis, we’re not going to include it in our findings. Unfortunately, they threw out evidence that would have made a difference. But it didn’t fit the framework that they sought. To determine “harm” done by counselors, they relied on a 2002 study by Shidlo and Schroeder.

It included examples when a person’s intent was to leave homosexuality and later decided to embrace it. The success of those years of walking out of homosexuality — which was their goal as an adult — they saw as being a negative later from a different perspective. That regret was their evidence of harm. It reflects a narrow viewpoint on these issues.

What is your message to believers today who may be unsure how to respond?

Paulk: These topics of gender and sexuality are very complex and challenging. My message to the church is to learn more — and stand for what you do know with compassion. We are called to stand up for the hope that resides within us. And that is a powerful place to stand.

The church really needs to hold firm, with gentleness and respect, to what the Bible says about sexuality. If the leaders of the Body of Christ will do that, we will be walking in the center of God’s will regardless of challenges that surround us.

Learn more about the ministry of Restored Hope Network. Explore The Stream’s complete coverage of sexuality issues, and sign up to receive top stories every week.