Aliens and Religion: Life on Mars and Beyond? 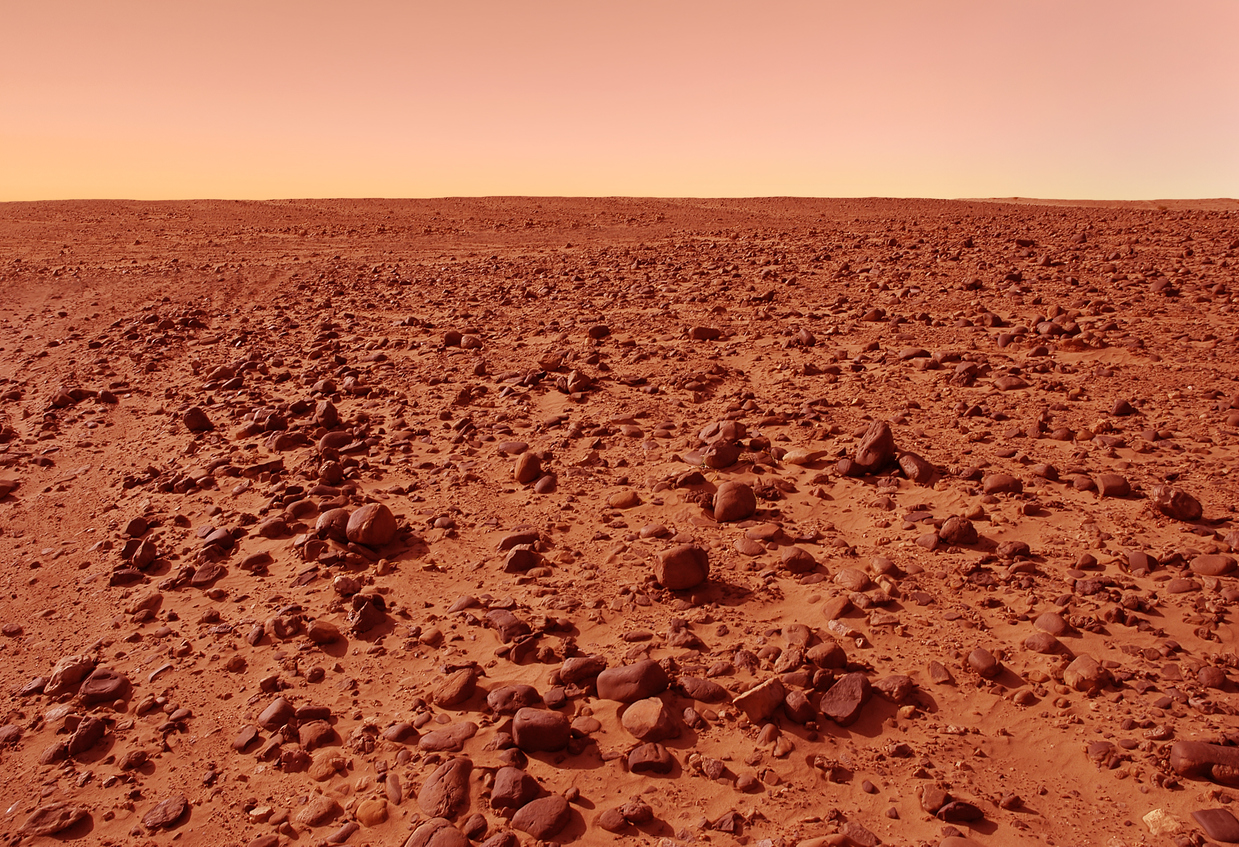 Many people enjoy thinking about the significance of discovering extraterrestrial life. Even wildly unlikely claims of discovery can trigger such thought.

How about insects on Mars? Writing at the popular religion website Patheos, theologian James McGrath considers the implications. A claim last month of such a discovery, complete with photos, spurred his comments.

The Bugs from Mars

At the Entomological Society of America conference in St. Louis, William Romoser presented a research poster arguing that Mars is populated with fossil and living insects. This attracted much attention because he is a leading insect expert. His textbook The Science of Entomology went through four editions from 1973 to 1998. He announced that this was the first “direct” evidence of extraterrestrial life. He thought that many people would believe in bugs from Mars.

Professor Romoser also put his research poster on the website ResearchGate. When I checked it this week, it had received more attention than 99 percent of research items on ResearchGate. Over 46,000 people had read his work. Many scholars post their work there. Impressed? Not so fast!

Within 24 hours of Romoser’s announcement the Internet was buzzing with doubts about the bugs from Mars. (He even claimed to have found animals he called “bees”). Chelsea Gohd at Space.com pointed to a more likely explanation. Romoser is imagining animals in NASA rock photographs. The insects are only in his head. NASA responded to questions about Romoser’s research with serious science. The surface of Mars does not currently have liquid water or complex life, they said.

Romoser is an emeritus professor at Ohio University, which celebrated his work with a press release. They later removed it from their website (see this archived copy). The press release concluded that Romoser’s work gives a “strong basis” for facing the “social and political questions” of alien life.

Wisdom calls us to carefully study scientific claims before considering their possible larger meaning. But Professor James McGrath took the bug bait and ran with it.

McGrath, a New Testament scholar at Butler University, asked an interesting question. “Would finding alien life cause a mass crisis of faith?” He studied David Weintraub’s book Religions and Extraterrestrial Life to explore the question. Weintraub is a popular astronomy professor at Vanderbilt University. “The short answer,” according to Weintraub, “is that some already believe in ET (e.g., Mormonism).” Some, he he writes, “simply assume such life likely (Hinduism, Buddhism), … and some (mostly conservative Christian denominations) would have big problems.”

The supposed clash of aliens and religion is a major theme in my book Unbelievable. I partially explain this in a video.

McGrath says “certain religious groups” don’t believe that dinosaurs existed on earth. They might also “refute any evidence of alien life.” Is that so? I have taught science and its history to about 2,000 students at three conservative Christian colleges. I am still waiting to meet my first student who doesn’t believe in dinosaurs. There are probably a few out there.

Turning to alien life, most of my students also seemed to be open to where the evidence might lead. They did not fear a possible faith crisis. Alien contact with humans is very unlikely given many scientific facts. For example the speed of light is like a speed limit. It limits travel and communication to a region of space around each inhabited planet. This could be called the contact horizon of a given planet. On a cosmic scale any one contact horizon is tiny. That is why it is very unlikely that aliens will never visit or talk with us. It is more difficult to know whether intelligent creatures exist beyond our contact horizon. Christian thinkers throughout history have held a variety of views about intelligent extraterrestrial life. Chapter 4 in my book explores this further. So Christianity is not anti-ET. Relax!

I do analyze a potential crisis in Chapter 7. It is a disaster in our ability to make sense of an “alien contact” event. The source of this crisis is surprising. It is due to a popular atheistic assumption about the technology of the expected aliens. Their technology would appear to us as “magic.” It would look supernatural. So the story goes. Supposedly this would be due to their billions of years of progress past our stage of evolution. Such wildly optimistic thinking is common in science fiction books and movies. These epic atheistic assumptions have a surprising outcome outside of science fiction. They would undermine clear thinking about whether alien visitors are natural or supernatural creatures.