Alice Cooper Credits God for Saving Him from Alcoholism 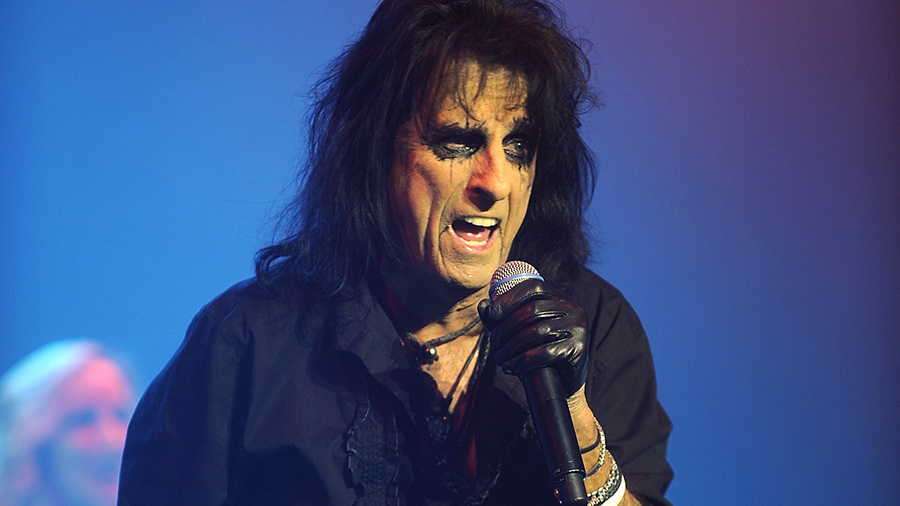 His alcoholism had taken a toll on his body. “Everything that could go wrong was shutting down inside of me,” the rocker told New York Daily News’ Confidential.

His friends were dying. “I was drinking with Jim Morrison and Jimi Hendrix and trying to keep up with Keith Moon and they all died at 27.”

He knew then that if he didn’t stop drinking he’d die, too. At the hospital, doctors diagnosed him as a “classic alcoholic.” He turned back to his faith. He never had the desire to drink again. He now believes God healed him.

“My wife and I are both Christian,” he said. “My father was a pastor, my grandfather was an evangelist. I grew up in the church, went as far away as I could from it — almost died — and then came back to the church.”

He told the Independent he sometimes wonders how he didn’t die all those years ago but knows God took care of him. “God has a plan for everybody.”

He’s been faithful to his wife of 42 years, Sheryl Goddard. He reads his Bible daily and attends church every Sunday.

Cooper believes his faith and his rocker lifestyle are compatible. “There’s nothing in Christianity that says I can’t be a rock star,” he said. “People have a very warped view of Christianity. They think it’s all very precise and we never do wrong and we’re praying all day and we’re right-wing. It has nothing to do with that. It has to do with a one-on-one relationship with Jesus Christ.”

Cooper is known for his “shock rock” theatrics. Early fans remember Cooper for his dark behavior on stage, including simulated suicide and decapitation of baby dolls. He’s changed after coming back to the faith, he said in a 2014 interview with MRC TV.

“I always refer to myself as the real Prodigal Son, because I went out and the Lord let me do everything,” said Cooper. “Maybe didn’t let me but allowed it, and then just started reeling me back in. You know, you’ve seen enough. Let’s bring you back to where you belong.”

He explained that materialism isn’t the answer, that only God can fill the void in one’s heart. “A lot of people say that there’s a big God-sized hole in your heart. And when that’s filled, you’re really satisfied, and that’s where I am right now.”

When he stopped drinking, he went back to church. The pastor was “hell fire” and Cooper felt like he was talking just to him. “I mean, there were 6,000 people there and he was talking to me every Sunday. Of course, he wasn’t, but he was — just nailing me. Every weekend I’d get out exhausted. I’d come out of there and be, ‘I don’t want to go back.’ It was like torture and I always came back.”