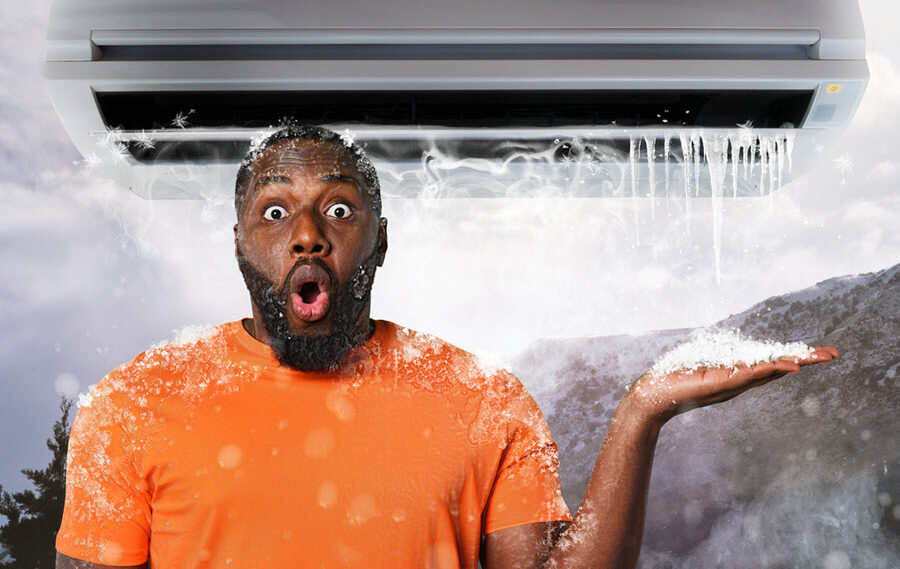 In the Brave New World of “Woke” Perfection, you won’t be allowed to keep your air conditioning. Personal air conditioning represents racism and “white supremacy.” It opposes social, economic, and environmental justice. Even as summer’s hottest months approach.

So implies Eric Dean Wilson, an instructor and graduate student at the City University of New York. In a recent article for Time magazine, Wilson wrote about how air conditioning will destroy the planet. His essay shows how such “woke” dogmas as critical race theory, equity, and the condemnation of both capitalism and “white supremacy” meet in another “woke” doctrine: environmental extremism.

Wilson has no training in climate science or mechanical engineering. Nevertheless, he teaches “climate-themed writing and environmental justice” at CUNY’s Queens College. Wilson describes his recent book, After Cooling: On Freon, Global Warming, and the Terrible Cost of Comfort, as “a look at air conditioning’s contribution to climate violence, and a critique of the American addiction to personal comfort.”

According to that critique, inventors developed what Wilson calls “mechanical cooling” to help business. As air conditioning became more widespread and available for homes, it “conveyed class status” that “often fell starkly along the color line, too, especially in the South” while “cleaving the world into civilized cooling and barbaric heat,” he wrote.

Wilson’s demand for others to become comfortable with discomfort not only ignores the spirit that led to human progress. It rejects that spirit.

Wilson offers some technological alternatives. But he believes the ultimate solution lies beyond science.

“Renewable energy infrastructure can take us only so far,” he wrote. “The rest of the work is cultural.”

Wilson’s solution combines the cultural and technological. He believes in enacting policies that emphasize public comfort over personal comfort. Specifically, those policies would involve “ensuring that the most vulnerable among the planet’s human inhabitants can keep cool through better access to public cooling centers, shade-giving trees, safe green spaces, water infrastructure to cool, and smart design,” he wrote.

Wilson’s conclusion not only summarizes the worldview of the fashionably “woke.” It reflects their panic.

“Privatized air conditioning survived the ozone crisis, but its power to separate — by class, by race, by nation, by ability — has survived, too,” he wrote. “Comfort for some comes at the expense of the life on this planet.”

“It’s time we became more comfortable with discomfort. Our survival may depend on it.”

Yet several realities interfere with Wilson’s dreams of utopian justice.

Those realities include two he readily admits. Air conditioning increased productivity and created new possibilities. It protected such commodities as cotton that were vulnerable to prolonged heat. It therefore improved the transportation, quantity, and quality of available goods. It enabled extremely hot, humid places to be inhabited. It therefore helped reduce population density. It allowed people to gain more control over their own lives.

More importantly, air conditioning has helped save lives. Before the advent of “mechanical cooling,” severe heat waves could prove deadly. In France in 1911, more than 41,000 people died from a heat wave that lasted from early July to mid-September. For 15 consecutive days, Paris’s temperature dipped no lower than 86 degrees. In London, Bordeaux, and Lyon, temperatures reached 104 degrees.

Most of the 41,000 who died were elderly or children younger than 2-years old. As a result, infant mortality increased 20 percent.

But human nature provides the most inconvenient reality. Every innovation or invention came from the natural human desire to make things more efficient. Better. Healthier. Simpler. Easier. And, yes, more comfortable. Wilson’s demand for others to become comfortable with discomfort not only ignores the spirit that led to human progress. It rejects that spirit.

If Wilson wants to dismiss comfort, then he should relinquish all of his electronic devices, his automobile, his appliances, any medicines he might be taking, and his indoor plumbing.

Being Comfortable With Tyranny

Becoming “comfortable with discomfort” means abandoning initiative and imagination, and submitting blindly to collective will or even superstition. It gives corporate tyrannies, in the public and private sectors, the excuse to impose themselves on their frustrated subjects. Consider, for example, how radicalized school boards and teachers’ unions dismiss parental concerns about critical race theory.

Ultimately, Wilson’s desired utopia has nothing to do with environmental reform or social justice. It has everything to do with centralized power enforcing a bland mediocrity that sabotages excellence, let alone true progress.

Like previous utopian ideologues, Wilson and his “woke” comrades appear willing to sacrifice humanity on the altar of their cherished fantasies.