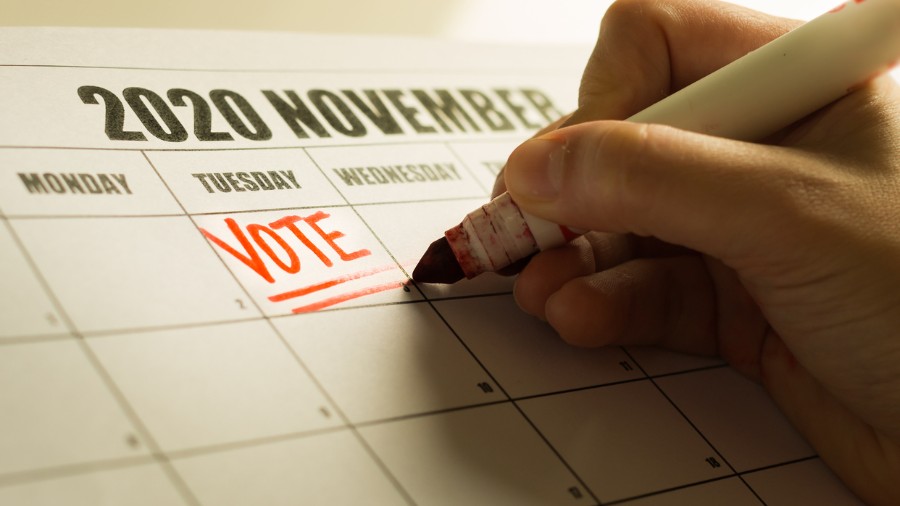 As a Bible teacher, fifteen-year political consultant and former GOP congressional candidate, I have been burdened for the Body of Christ in recent months. I’ve seen the expectations of many Christians following the November election, and the events leading up to January 6th in our nation’s capital.

I became increasingly concerned as people sent me conspiracy theories, stories from questionable news sources, “prophetic words” from individuals of whom many had never previously heard, and even patent untruths regarding the power of Congress and the vice president with respect to the certification of the Electoral College.

We’re all still wrestling with this past political season and our disappointments, confusions, and fears. Now, though, it’s time to heal and move forward. We need to start by asking ourselves the tough questions. If we do not stop and evaluate our own hearts, we might miss a place of growth and wisdom as a collective church body.

We cannot stop engaging in prayer, voting, and political activism for the furtherance of our nation, but we must move forward with truth.

We made some mistakes. Before I delve into them, you should know that I believe voter fraud did occur in this last election through mail-in ballot programs. I journeyed to Nevada the week after the election, and filled out over 100 incident reports myself working with the Nevada Republican Party. Whether the fraud was sufficient to produce a different election outcome, I do not know definitively. There were provable injustices, though, and they were all but swept under the rug.

Nevertheless, we made mistakes. It is my hope that I can bring some clarity by causing us to look at these mistakes clearly. I want to see us moving forward on a path full of hope and peace, but also with truth, as we pray, as we vote, and as we engage in political activism.

We Believed Many Voices — Blindly

One of my favorite Bible teachers has said, “Truth and deception live side by side.” If we veer off to the right or to the left, we can leave the path of truth and wander into a lie. It happens easily. Many Christians in this last season believed some voices that they shouldn’t have trusted.

As believers, we must use discernment, critical thinking skills, and examine the people we are listening to. We need to determine if they have the authority to speak on the subject they are addressing. When we listen to a minister speak about government, politics, and the Constitution, for example, are they actually qualified to speak on those topics?

Civic understanding is lacking in the United States as a whole. We as the Body of Christ cannot settle for ignorance, however. We have a greater responsibility to understand the systems we are trying to influence. We are called to be salt and light in our culture and represent Jesus in the public arena. It’s a big responsibility. We need basic political education and a Constitutional understanding as intercessors, voters, and concerned citizens of this great land and we need to demand it of the ministers we listen to.

Deeper civic knowledge could have informed many on the role of Congress on January 6th, and saved us precious time, money, and disappointment. We need wisdom from the Word of God to go with it.

“He who gets wisdom loves his own soul;
He who keeps understanding will find good.” (Proverbs 19:8-9)

We Bought into Conspiracy Theories

The number of Christians I witnessed engaging in conspiracy theories this past year has been greater than I had ever seen in my 15 years working in politics.

Many conservatives have a healthy distrust for the legacy media, who have shown themselves to be increasingly biased against conservatives and conservative principles. We are looking for more trustworthy places to find information and news. Unfortunately, many of these new alternative “news sources” are short on rigorous journalistic standards. Some report stories that are plain false. Social media networks, where anger, outrage, and fear are driving forces, amplify the misinformation.

Church, we have enough real problems occurring without trafficking in and championing conspiracy theories that aren’t true. We have more than enough real problems to deal with. Twitter is suspending “Focus on the Family” magazine for saying Dr. Levine is a man. Government edicts keep churches closed. Parents are “transitioning” their own children from one sex to another. As concerned citizens, we need to be active in addressing the real problems we are equipped to handle.

So let’s stop trafficking into the fray of conspiracy theories and get to the real work. Let’s not “give heed to fables and endless genealogies, which cause disputes rather than godly edification which is in faith” (1 Timothy 3:4).

Listening to voices like “Q” (QAnon) seems to relieve us of responsibility as we wait for “The Storm” or follow the “breadcrumbs,” believing someone will soon be revealing the “truth” to the world. When we could be knocking on doors or talking to voters for our pro-life and pro-liberty candidates, we have become distracted to the point of immobility instead. This self-imposed paralysis must cease.

We Misplaced our Trust

Many Christians voted for Trump based on his policies, not his personality. We knew his flaws. We voted for him anyway as the candidate who would continue to protect the unborn, support religious liberty, stand for national security interests, and appoint judges who’d respect the Constitution. The opposition party’s platform and policies made it even more sensible to vote for Trump.

Some Christians, though, fell into esteeming President Trump in their hearts higher than he deserved. When Beth Moore spoke about the “seductive and dangerous” impact of “Trumpism,” a number of Christian leaders pushed back — me included. Maybe sometimes, though, our harshest critics give us a kernel of truth we need to wrestle with. Trump’s policies were fine — in fact, many of them incredibly beneficial — but did it blind us to President Trump’s missteps? That’s the danger; that’s what we need to examine ourselves to learn from.

One test of where we stand: Can we pray now for President Biden? If not, we need to examine ourselves; our affections are misplaced. Neither our eternal hope nor even, ultimately, our hope for our nation lies in any elected official.

I will lift up my eyes to the hills —
From whence comes my help?
My help comes from the Lord,
Who made heaven and earth. (Psalm 121:1-2)

So let us, the Body of Christ, process this last season. Let us look at our mistakes squarely in the face, repent of our errors, great or small, and move forward in truth, hope, and expectation that God will meet us. He is not done with our beautiful nation. Hope still lives. His grace is here to pick us up, clean us off, and get us back into the fight. I pray that we will move forward with more understanding, less fear, and more discernment as we return to battle.

Bunni Pounds is president of Christians Engaged. She is a former congressional candidate, fifteen-year political consultant and motivational speaker.