This piece originally appeared under the title, "Jussie Smollett: He's Angry People Don't Believe Trump Supporters Attacked Him. But Should They?" 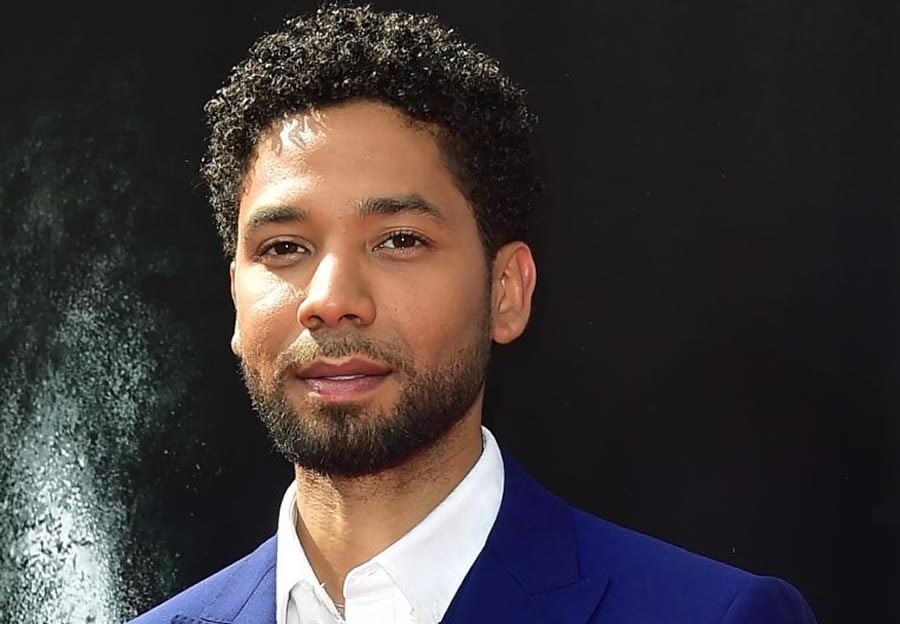 Editor’s Note: This article first ran in early 2019 when most media outlets (and the now Vice President Kamala Harris) were still outraged over the tale of a young black actor being viciously attacked by racist MAGA supporters. Al Perrotta was among the first to call foul on his testimony, as some parts of his story did not line up with facts. We now know that the entire event was fabricated, a hoax to perpetuate a false narrative of racism to damage Trump’s presidency. Today, more than 2 years later, Smollett’s trial finally begins. He faces charges of filing false reports to Chicago police and costing the city hundreds of thousands of dollars in their investigation. In light of the trial, we thought it worth republishing Al’s early insight.

About ten years ago, I nearly ran over Harrison Ford. He stepped into the crosswalk right as I was approaching a corner on Wilshire Boulevard in Los Angeles. I stared at the man as he crossed a few feet from my bumper on a fine Southern California afternoon.

One of the most famous, recognizable celebrities on the planet. And he was halfway across the street before I recognized Han Solo, Indiana Jones, President James Marshall, and the innocent fugitive Dr. Richard Kimball.

On my wife’s IMDB page, there’s a nice picture of her on the set of Drifter: Henry Lee Lucas with a dirty, bearded, yet still annoyingly handsome man.  Do you recognize him? How long would you have to stare at the picture to recognize actor-turned-conservative political candidate Antonio Sabato, Jr.?

While we were waiting for the start of Tropic Thunder, a man walked up the aisle straight at us. “Hey, that looks like Gary Sinise. Is it Gary Sinise? I can’t tell.” The man sat town two rows in front of us. It wasn’t until he let out this loud cackle during a scene in the film that spoofed his own film Forrest Gump that we knew. “That’s Gary Sinise!”

Which gets us to Empire actor Jussie Smollett.

Jussie Smollett claims he was accosted in Chicago by two men shouting “Aren’t you that f****t from Empire?,” who proceeded to beat him up. They put a white rope around his neck and poured bleach on him, he says, while hurling the n-word and saying “This is MAGA Country!”

Chicago police still believe at this point that Smollett was assaulted, at least in some fashion. Whoever attacked him deserves to be caught, prosecuted and punished to the fullest extent of the law. But not all believe his story.

In an interview airing Thursday on Good Morning America, Smollett says he is “p***ed off” people don’t believe his account. “At first it was the thing of like, listen, if I tell the truth then that’s it because it’s the truth. Then it became a thing of, like, how can you doubt that? How can you not believe that?”

How can anybody doubt? (I mean, aside from the regular stories of people claiming a Trump-connected hate crime only to either admit they were lying or the perpetrator being some liberal activist.) Well, doubting in this case is hardly irrational.

For Smollett’s narrative about being assaulted by MAGA types to be true:

Further, the public was told the attack broke one of Smollett’s ribs. That turned out to be untrue. And Chicago police say the phone records he handed over are “limited and redacted” and “insufficient for a criminal investigation.” His manager Brandon Z. Moore and Smollett say they were talking at the time of the attack. Yet Moore also refused to turn over his phone.

Smollett waited to call police. If you’re Smollet’s manager and you just heard your client assaulted, aren’t you insisting he call 911 immediately? If not call in the calvary yourself?

So, all due respect to Smollett, how can you not doubt what he’s saying? At least a little. Trump-supporting racists recognized him then? When I didn’t even recognize Harrison Ford a few feet in front of me midday in L.A.?

But doubt does not mean dismissal. Might well be monstrous Empire-watching racists wandering the streets of Chicago in sub-zero weather. Weirder things have happened. Hate leads to irrational acts and these are insane times. And yeah, there are racists out there.

However, I can also spin a bunch of scenarios whereby this is simply a hoax, a simple assault turned into a political statement — even a piece of anti-Trump or anti-racism or anti-homophobic performance art.

I can’t put that past anyone embedded in hate-Trump Hollywood, especially when even kids from Kentucky are figuratively spit on by celebrities just for wearing MAGA hats. When award winners are saying “F Trump” more than they thank their agents. When performers dream of severed heads and assassination. Madonna wants to blow up the White House. Blowing up a random assault seems tame.

Which gets to another possibility. Smollett could have been attacked precisely as he said he was. And it still wouldn’t mean a Trump supporter was involved.

Chicago is one of the cities where Hillary Clinton-funded operatives, trained to instigate violence, caused a riot at a Trump campaign event. The goal? Paint Trump and his supporters as violent.

What better way for someone local who knew Smollett and would recognize him from the neighborhood to create a crime that could be pinned on Trump supporters? Stake Smollett out and take him down. He hates Trump, they’d rationalize. He’d take one for the team. It’d be national news, a national scandal. Deplorables would get what they deserve. (And if the suspects lived right there, it’d be easier to explain their apparent vanishing into thin air.)

It’s Chicago. Alinski-central. Would you be that surprised?

Again, no one knows the truth. Except the guilty. Whoever they are, I pray they will be exposed and prosecuted. And I pray for a complete emotional and physical healing for Smollett.

Regardless of what happened that bitter night, Smollett needs healing. Whether he suffered a heinous hate crime or it’s a horrible hoax, let us all be praying for our bitterly divided nation, and on this Valentine’s Day a melting of frozen hearts.