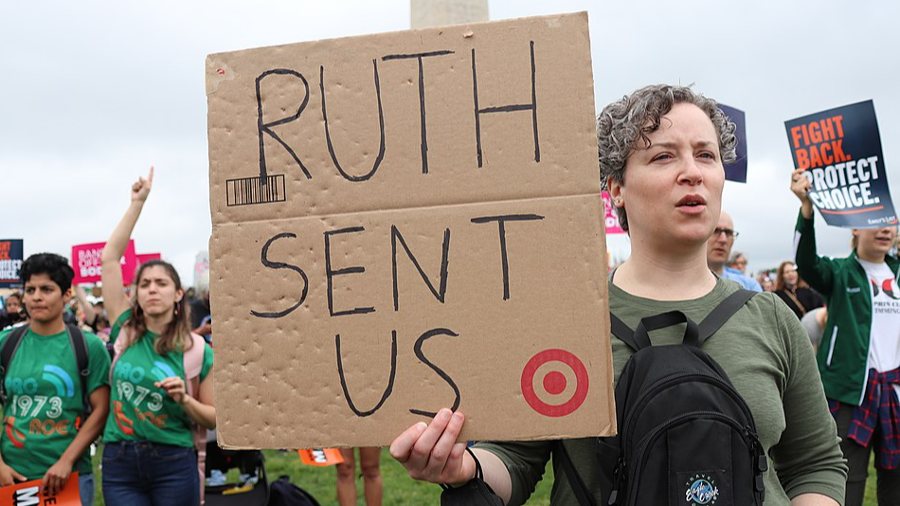 They’ll say anything. Pro-lifers, says the chair of the Connecticut Democratic Party, “have created gauntlets outside of abortion clinics to heckle and threaten women for the past 50 years.” Nancy DiNardo claims that those concerned for the real and the threatened violence against pro-life centers and people show a “newfound concern about violence” that she calls “the height of hypocrisy” coming from people like us.

She goes on, responding to a press conference we gave about the dangers of radical pro-choice violence: “Anti-abortion forces have bombed, vandalized, and burned abortion clinics across the country, invaded clinics to threaten providers, and murdered doctors in their homes and churches,” she said in an official statement. “The anti-abortion zealots need to look in the mirror and ask themselves who has repeatedly used violence in their effort to strip Americans of their constitutional right to an abortion.”

A Lie and a Slander

This is a lie and a slander. Gauntlets? Heckling and threatening? Does she mean the people who stand outside praying and holding signs, and sometimes try to talk to women going inside for an abortion? Women who, as DiNardo should know, often don’t want to abort their child and sometimes leave the clinic after hearing someone who speaks of their child as a child deserving life?

That is the difference between their movement and ours. Pro-life is anti-violence. Pro-abortion is violence by definition.

And her charge of our bombing, vandalizing, and burning, etc.? Where is the evidence? The closest thing to the Jane’s Revenge/Ruth Sent Us attacks on pro-life centers would be Paul Hill, the minister who murdered an abortionist in 1994. That is, 28 years ago. Of the few people who’ve actually attacked abortionists, he is the one who tried to develop some sort of ideology to justify violence and to encourage others to join him.

It’s a very big and diverse movement, but it’s also a network. We know each other. We weed out the extremists when they try to move in, because we reject what they believe. A lot, like Paul Hill, don’t try to join. They start their own small groups or just go on their own. And when they do something extreme, we get blamed for it anyway.

Remember James Hodgkinson? He’s the man who had volunteered for Bernie Sanders’ campaign in 2016 and the next year tried to kill Republican congressmen practicing for a charity baseball game. He shot four people, putting two of them into surgery. Did the major media treat him as representing the Democratic party? Did the Republicans do that? No. He was an extremist and everyone said he was an extremist.

But Paul Hill, an extremist who was no part of our movement? The media and the Democrats treat him as a symbol of the pro-life movement. Political hacks like Nancy DiNardo invent descriptions of the movement from rare actions committed by extremists we don’t recognize any more than the Democrats recognized Hodgkinson as one of them.

I said DiNardo’s claim that Connecticut pro-lifers haven’t denounced violence was a lie and a slander. It’s worse: it’s an outrageous lie and slander. It’s completely untrue, and she has to know it’s untrue.

In the 15 years I have been executive director of the Family Institute of Connecticut, there were two — just two — major incidents of violence against abortionists: the murder of abortionist George Tiller in 2009 and the mass shooting at a Planned Parenthood facility in Colorado in 2015. (By someone who had no connection with the pro-life movement and had been shooting at cars before he turned to the Planned Parenthood facility. But we get blamed for him.)

I denounced both when they happened. After the second, I pushed John Zmirak’s “Why Pro-Lifers Oppose Violence Against Abortion Clinics.”

But the whole pro-life movement denounced them. It has always denounced such acts. Even though the murderers were loners, losers. Not part of our movement. We still made sure to proclaim our belief in life and our rejection of violence.

Their Movement and Ours — a Very Real Difference

When can we expect pro-choice leaders to denounce Jane’s Revenge and Ruth Sent Us? To do for their extremists what we did for extremists who weren’t even part of our movement? Never, that’s when. Not when the head of the Connecticut Democratic Party responds to our press conference by repeating the talking points of those attacking pro-life centers, and when a major political party issues a dog whistle to domestic terror groups.

And that is the difference between their movement and ours. Pro-life is anti-violence. Pro-abortion is violence by definition.