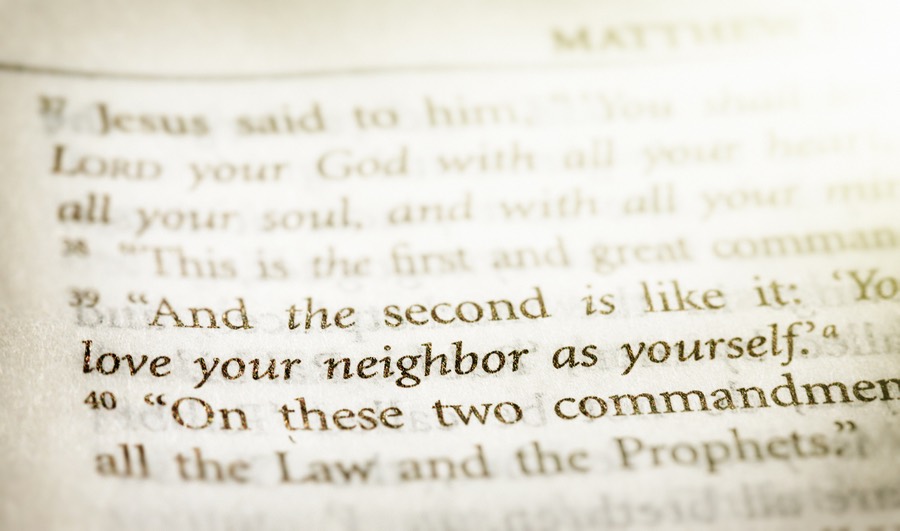 They’ve got their academic credentials. Very impressive ones. They teach at Harvard, Yale, Notre Dame, and Pepperdine, mostly on religion. So when they publish an open letter, “An Appeal to Our Fellow Christians” on white nationalism, you’d think they’d be giving good advice to the Church. You’d think that; but you’d be wrong.

But not just wrong; dead wrong. The Stream‘s John Zmirak has already shown it, but there’s much more to add. I may not be tenured at Yale, but I can speak from a different kind of authority: Facts. And the fact is, in a five-point letter they made at least 21 serious errors. All different kinds of errors. (Yay, Diversity!)  Biblical mistakes. Misreading the culture. Getting people’s motives wrong. Logical fallacies.

Would they let a grad student get away with that? Or even a freshman? Wouldn’t they drum that student right out of the course? In this piece and its sequels, I’m going to mark up their paper in red. You can decide what kind of grade they get for it. I’ll start with two obvious biblical points.

Error 1: “Sons and Daughters of God”

They write in their letter,

National identity has no bearing on the debts of love we owe other sons and daughters of God. Created in the image and likeness of God, all human beings are our neighbors regardless of citizenship status.

Strongly implied there: All people, and especially all potential immigrants, are sons and daughters of God.

Wrong. If “fellow Christians” are going to talk about who’s a son or daughter of God, they need to get their information from the right source: God’s Word. And the New Testament is clear: It’s those who receive Christ, who believe in His name, who are children of God (John 1:12). The point is reinforced in various passages on adoption. See Romans 8:14-17, which says, “All who are led by the Spirit are the children of God.” Galatians chapters 4 and 5 repeats the point.

The Second Great Commandment says to love our neighbor as ourselves. Committing societal suicide is no way to obey that command. (I hope I don’t need to spell that out for you.)

Now, in case it’s not clear, that also means that non-believers aren’t adopted into God’s family as His children. Romans 9:8 tells us that simply being “in the flesh” — which in this context simply means being human — doesn’t qualify one as a child of God. Of course everyone is invited into the family, but each must say yes to that invitation before he’s a part of it.

So these distinguished academics are wrong on this point. It’s a bad start. It doesn’t get any better as you go along.

Error 2: “All Human Beings are Our Neighbors”

This one’s bewildering. Where on earth did they get it from?

I looked up “neighbor” in the dictionary. It said, “a person living near or next door; near or very near.” Not “all human beings.”

But then I wondered whether it might mean something different in the Bible’s original Greek. So I checked the lexicon, and found that in the Greek, “neighbor” means “neighbor.” Clear enough? The lexicon expands it quite helpfully: It’s “a person who lives close by.” Don’t you love it when the original Greek tells you so much more?

Now, you might not have an appointment to Harvard’s faculty, but I’m pretty sure you know that not all human beings live close by. Whatever they teach at Harvard.

Jesus expanded our understanding of what it means to be a neighbor, but not to include the whole world. The parable of the Good Samaritan tells us any person can potentially be our neighbor, regardless of race, disability status, religion, language, whatever. But the parable doesn’t have that good Samaritan helping someone in Carthage. He’s helping someone lying near the roadway he was traveling. Someone already nearby.

Every single mention of “neighbor” in the Bible fits with the same normal meaning of the word: nearby. Not once does it signify anything further away than that.

Let’s be realistic, after all. God loves the whole world. He has that capacity. You and I don’t. He doesn’t expect it of us. Paul says in Gal. 6:10, “So then, as we have opportunity, let us do good to everyone, and especially to those who are of the household of faith.” Opportunity includes ability or capacity, and we just don’t have it in us to love everyone, either in feelings or in acts.

Love implies connection or relationship, anyway. I don’t feel the least bit guilty that I hurt more over the shootings in Dayton, where I live, than the tragedy the day before in El Paso.

But didn’t God create us all, and doesn’t that make us all His children?

Yes and no. He gets to decide who He counts as children, doesn’t He? Of course we all share the image of God. He is Creator to all of us, and He loves all. So there’s no place for harming or even dehumanizing any bearer of God’s image. But still … God says His family, His sons and daughters, are those who follow Him through Jesus Christ.

God loves the whole world. He has that capacity. You and I don’t. He doesn’t expect it of us.

Yes, we the Church are called to go and make disciples of all nations, but that’s a Church calling, not an individual calling — and certainly not a nation’s calling! It’s a job for the whole body of Christ to fulfill together. Not even the best missionary loves the whole world. The missionary serving in Tokyo is bound to have more love for his Japanese neighbors than anyone in, say, Bogota, Lagos, or Bangkok.

Yes, we’re called to love our enemies, but even that implies some connection with them.

But shouldn’t we still love the refugees at our gates?

To the extent of our capacity, yes, of course; but every person’s capacity is only what it is, and so is every nation’s. There comes a point where giving and giving and giving is no longer loving; it’s squandering the strength that gives us our ability do good. America has a strong history of giving, the strongest on the planet; but that depends on our being strong. We can afford to give as long as we can (yes) afford to give. Abolishing our borders, or admitting unlimited numbers of immigrants, would critically weaken our ability to do good.

Remember: The Second Great Commandment says to love our neighbor as ourselves. Committing societal suicide is no way to obey that command. (I hope I don’t need to spell that out for you.)

And finally, does that mean we shouldn’t help anyone on the other side of the world? Of course not. When we do that, we’re extending our love beyond the scope of the “neighbor” command, which is good. We’re participating in the Church’s responsibility to show the whole world the love of God. We must continue this, as the Church. But where does God tell us we have to invite everyone here in order to love them?

This is all obvious enough, isn’t it? How did all these academics miss it? And I’m just getting started; that’s only two out of 21 errors. Yet it’s already enough to show serious biblical ignorance, and a dangerous disregard for God’s own commandments.

These authors wield impressive authority, but they’re misusing it, abusing it, even, to mislead gullible Christians who might think a tenured chair at some great university is all it takes to speak truth. No, what it really takes, when speaking on behalf of God and His commands, is listening to what He chose to say in His Word.

This is the first in a series by the author, chronicling the errors in the “Open Letter” published at Commonweal Magazine.