Abusing the ‘Racist’ Label Fosters Division, as This Interaction Shows 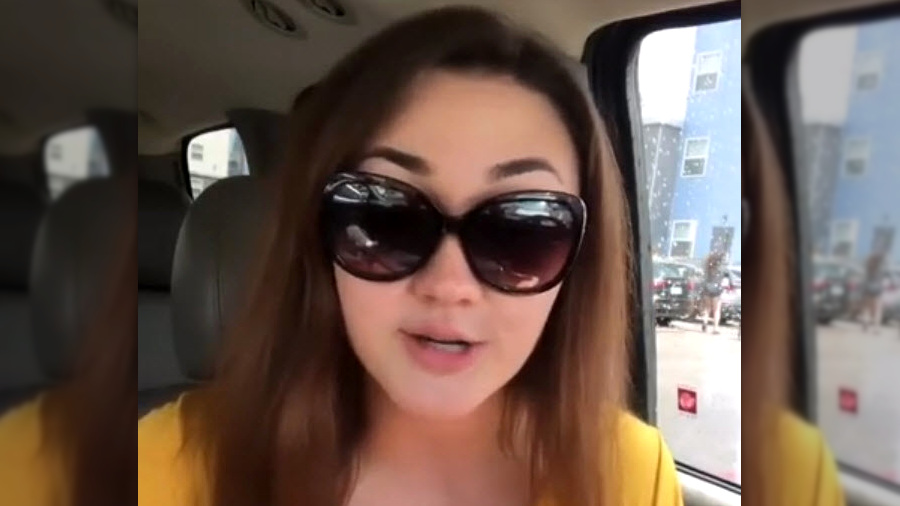 Never underestimate the power of words. They can inspire or discourage, bring clarity or confusion, unite or divide us. If we want our world to be a kinder, gentler, more honest place, we should be careful in applying word labels to people.

A College Student, a Cake, and a Kerfuffle

McKenna Dallmeyer is a sophomore at Texas A&M University. She is also a politically-engaged Republican who happens to support President Trump. She recently had a hankering for cheesecake. A friend told her about a fellow student who runs a small business that sells great cheesecakes. So, like any good Millennial would do, McKenna followed the student baker, “D.E.,” on Twitter.

Apparently D.E. decided to check out her new follower’s profile. When she saw that McKenna was for “Trump 2020,” things took an ugly turn. D.E. tweeted this:

“[My business] does not serve those who are openly racist on the [timeline] smdhhhh you get an immediate block if you have tr*mp 2020 in your bio girl tf do you know who you’re dealing with???” [Interpretive Notes: I’ve been told that “smdh” means “shaking my d*** head” and that “tf” is short for a vulgar expression.]

With that, D.E. blocked McKenna from following her business on Twitter. McKenna was hurt, perplexed and angry. How dare this total stranger brand her as a “racist?”

So she responded, as any good Millennial would, by posting a video commentary about the saga on her private Instagram story. Her tongue-in-cheek rebuttal pointed out that D.E.’s behavior was an example of the Left’s intolerance and use of blind character attacks.

D.E.’s friends caught wind of McKenna’s video and sent it to D.E., thus fanning the flames of outrage. When D.E. posted the video on twitter, it went viral, with over half a million views. Social media exploded with more cries of Republican racism, along with personal attacks that included mocking everything from McKenna’s sunglasses to her inflection.

What is both fascinating and discouraging about the ensuing posts is that they appear to completely misunderstand McKenna’s reaction. She wasn’t upset that she was “refused service,” as they suggested. She was upset because she had been rashly, flippantly, wrongly labeled a “racist.”

I submit that this logic warrants a closer look. Recent polls show Trump’s approval rating at 45.3%. By D.E.’s logic, that would suggest that 45.3% of Americans are racist. And that would be alarming to all of us who believe that racism is truly evil.

Let’s start with the first premise. Is President Trump a racist? When I look for the evidence, I find two factors that accusers tend to cite.

First, accusers point to a rise of “hate crimes” since Trump’s election. There’s not much to say about this. It would be silly to think that every statistical trend is proof of some personal view of the current president.

Even if D.E. thinks the evidence proves that President Trump is racist, a voter’s support for him does not prove that the voter is racist.

Critics also point to brash statements Trump has made in the context of immigration. But while these statements may be rude and may be wrong — they may be “anti-immigration” — they aren’t racist. A racist doesn’t just hate people of color who come here from other countries; he hates people of color everywhere.

What’s most troubling about D.E.’s “logic,” however, is her conclusion. Even if D.E. thinks the evidence proves that President Trump is racist, a voter’s support for him does not prove that the voter is racist. Maybe she is unaware of the so-called evidence. Maybe she just thinks he’s good for the economy. Maybe she’s related to him. Or maybe she’s a one-issue, pro-life voter who knows that any Democratic candidate will support abortion.

Depending on the strength of the evidence of racism, a voter’s choice to support such a candidate could point to a lack of moral training, to ignorance, or to misplaced priorities at the polls. But it still doesn’t prove that the voter, herself, is a bigot.

In any event, slapping the “racist” label indiscriminately on a fellow citizen because her political views differ from ours does nothing to serve any good purpose. What would have happened if D.E. had simply asked McKenna why she supports President Trump? What if McKenna had been given the opportunity to ask why D.E. thinks Trump is a racist? Maybe minds could have been expanded, instead of narrowed.

Instead of having labels, let’s have conversations.