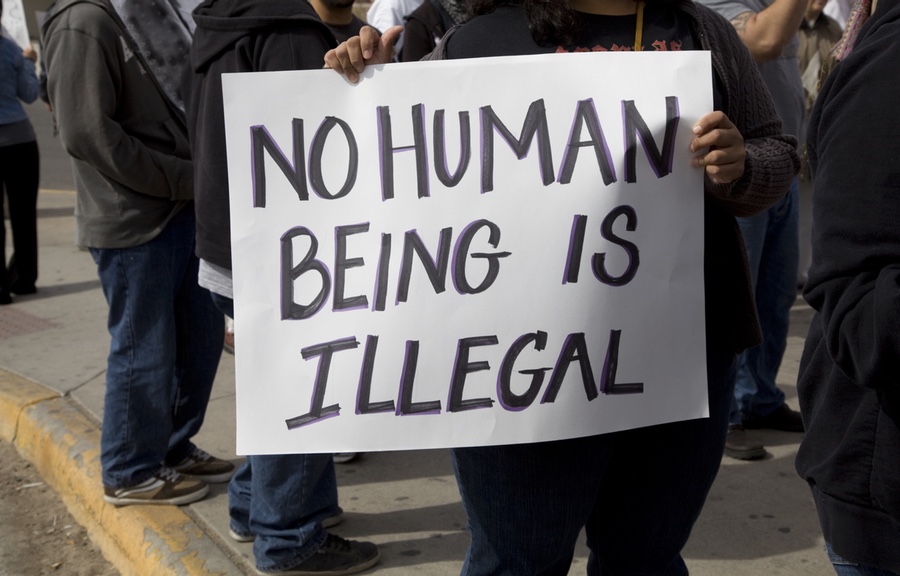 I have been a strong defender of free speech on college campuses. I have written about the concerns non-leftist professors have about their free speech rights. I am a member of Heterodox Academy, an organization formed to promote academic freedom. In the past, I have been one of the biggest defenders of free speech for college students and professors.

But perhaps I have been wrong.

No Free Speech Rights If You Attack Marginalized Groups!

A recent New York Times op-ed has made me completely rethink my commitment to free speech. Dr. Ulrich Baer, a vice provost and professor of comparative literature, argues that free speech is not an absolute right. Indeed, he argues that we need limits to speech to protect those who have not had “standing” — social legitimacy — in the past. He also does not believe we should have debates where people have to defend their “human worth”. And you know what? I’m beginning to see the light!

Given what Dr. Baer has argued, we should deny free speech to people like Ann Coulter, Charles Murray and Milo Yiannopoulos. Their speech attacks people who are without standing. It forces marginalized people to defend their human worth. Speech like that has no place on a college campus!

But why stop there? There’s another major group whose worth is marginalized, whose members have little standing. There are plenty of speakers who attack this group and force others to defend them. If we’re going to be consistent about it, we need to take away those speakers’ free speech rights on the college campus as well.

Why should we allow a speaker to denigrate the worth of this class of humans?

I am talking about speakers who support abortion.

After all, who in our society has less standing than an unborn human? Such a human can be killed simply because his or her mother wants the kid dead. The fact that we can so easily kill an unborn child shows the lack of human worth we give him or her. Why should we allow a speaker to denigrate the worth of this class of humans? We shouldn’t; and under Dr Baer’s plan, we do not have to allow this any longer.

By now it should be obvious that I am engaging in satire. I may not be very good at satire, but my point remains. The same reasoning Dr. Baer offers for not allowing certain conservative speakers to speak can be used just as well to deny free speech rights to pro-choice groups.

What I Really Mean To Say Is…

My actual (non-satire) stance regarding free speech is one I hold to consistently: I think we should grant free speech rights to all who have a student group willing to sponsor them. What about Dr. Baer: is he likewise consistent with his own standards? I doubt it.

You see, I am willing to bet that Dr. Baer would prefer not to restrict NARAL’s free speech rights. I’m sure he would try to come up with some rationale to allow them to speak. He might argue that pro-choice groups are fighting for the rights of women. Okay, but people who support Coulter can argue that she is fighting for the rights of natural-born citizens. At least she is not calling for allowing members of any marginalized group to be killed, unlike pro-choice speakers.

But the hypocrisy of the argument is staggering.

Dr. Baer wasn’t the first person to argue this way in favor of limiting free speech, and he will not be the last. But the hypocrisy of the argument is staggering. Those who make this argument, or the argument that we can limit hate speech, demand for themselves the right to decide for the rest of us what speech dehumanizes others or is hateful. In doing so they can limit speech to arguments they have preapproved. So Dr. Murray is out and NARAL is in.

In the world I want to live in, no one gets to prejudge what speech is allowed. If some college group wants to bring the racist nutball Richard Spencer to their campus, then that says a lot about that college group. I have no problem with people speaking out against Spencer and the group for bringing him here — but we dare not stop Spencer from talking.

It starts with someone like Spencer, then soon afterward speech like Coulter’s is designated hate speech. Then run-of-the-mill conservatives such as Ben Carson can be deemed haters, too, and possible denied opportunity to speak. It does not stop. Once we start taking away free speech rights due to the speaker’s content, we will head to a society where only “approved” ideas will be allowed.