A powerful response to a NY art exhibit called "Abortion is Normal: An Emergency Art Show" 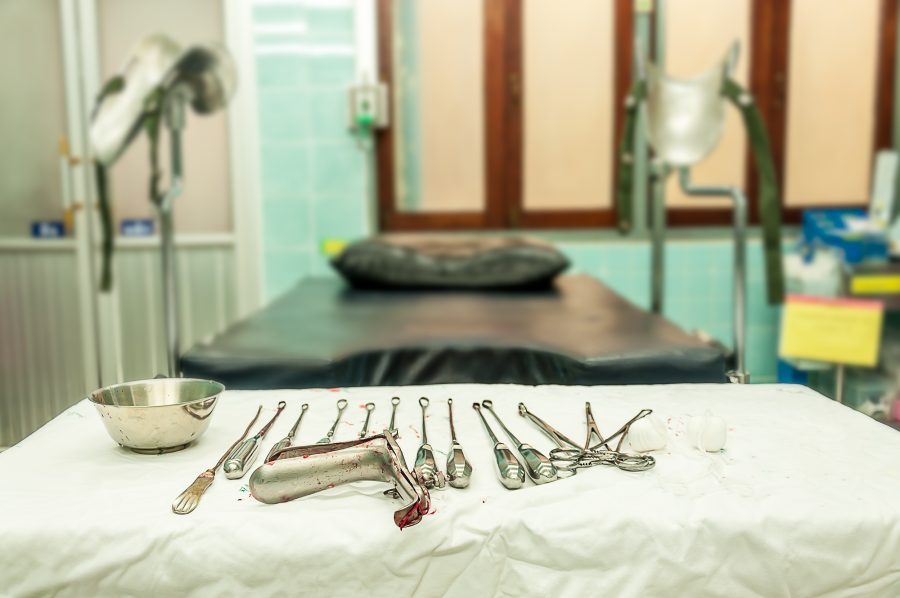 Abortion violates a body’s natural process. It’s anything but normal. Yet, a New York art exhibit begs to differ by highlighting its presentation of feminist art with the title “Abortion is Normal: An Emergency Art Show.”

The display was created by a group of feminist artists in response to Republicans asking the Supreme Court to take another look at the court case that made abortion legal. The display is also protesting a new law in Alabama that makes most abortions illegal.

One of the display’s organizers told The Guardian, “There are those chipping away at reproductive rights and they never stop. There is a generation that came up before Roe v. Wade that will never forget, but a younger generation that takes certain rights for granted. We want all to be educated, that you can never let go of issues that are important.”

That education includes showing that abortion is normal. As one artist said, women have been getting abortions for a long time.

Abortion is Nothing New

No doubt, women have been getting abortions for all of human history, from the use of herbs to belts wrapped around the abdomen. But just because women have been aborting their children doesn’t mean it’s normal.

Many cultures have known just how bad abortion is, to judge from their laws condemning it. Even ancient Assyria — not famous for its goodness — put women to death for killing their unborn children.

This twisting of the truth is as old as time. As God warned in Isaiah 5, “Woe to those who call evil good and good evil, who put darkness for light and light for darkness, who put bitter for sweet and sweet for bitter.”

I Want Your Blood

In one display called “I Want Your Blood,” bottles of donated blood are put together to represent the sacredness of the human body. This made the artists feel as if they were part of an ancient ritual celebrating the power of life.

The strangeness of such a presentation in a show that celebrates killing the unborn is clear to anyone with eyes to see. Women lift up their blood as sacred while treating the blood of their child as mere waste to be washed away. By treating their own life as an idol — a god to be worshipped — they lay their offspring on the altar to be sacrificed to themselves.

It’s no surprise that these artists compare their art to an ancient ritual, but it’s not the life-celebrating pagan rites they think it is. In those rites women gathered together in the woods and shed blood before the gods of nature. This is more like the rituals of Molech and the bloodthirsty gods of the Mayans and Aztecs who demanded child sacrifices on their cold, stone altars.

The creators of “Abortion is Normal,” of course, don’t see it this way. They see themselves engaged in a noble mission. They write in their statement that the show focuses on creating open conversations about abortion through an “inclusive and empathetic entry point.”

Singing in the Dark

The real dark times, however, are when we as a nation call evil good and put darkness for light. It’s when we finally give in and agree that deviancy is indeed normal.

If only more women knew they didn’t have to make this choice — that they can find the strength to face the changes that come with having a child.

Dark times are when a woman lays back on an operating table at a women’s health center to have her child cut out in a rush of blood — a child she created through her own choice to have sex. In that moment, she has exchanged the sacredness of another’s body for her own, draining it of life so she can live hers as she wants without the inconvenience of a precious little life depending on its mother.

Life is in the Blood

In Leviticus 7, God says, “The life of every creature is its blood.” Abortion isn’t bloodless. Abortion stops the beating of a human heart. Abortion ends life. Abortion is a violation of the sacred. Abortion is anything but normal.

If only more women knew they didn’t have to make this choice — that they can find the strength to face difficult changes that come with having a child. They can discover joy that shines in an unexpected trial. And they can sing a new song in those dark times — a song of celebration and life.

They can have all of this and more if they put their trust in the One who has already shed his blood and who has sacrificed his life for ours. Then we can face trials without fear. We can find forgiveness for our sins and enjoy not only a changed life but life everlasting.

Denise McAllister is author of What Men Want to Say to Women (But Can’t), co-author of New York Times bestseller Spygate: The Attempted Sabotage of Donald J. Trump, Christian apologist and theologian.