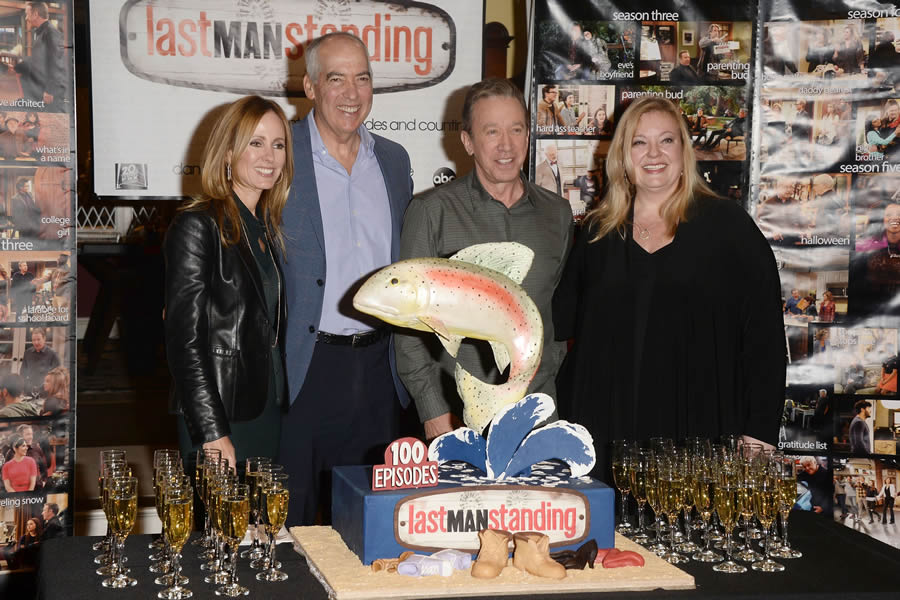 ABC cancelled Tim Allen’s hit show Last Man Standing after six very successful seasons. ABC claimed they had to cancel the show as a business move, but many observers say the network wanted to take Allen’s outspoken conservative beliefs off the air. The cancellation has prompted boycotts and petitions from upset viewers.

‘Ahead of the Curve’

Last Man Standing was “ahead of the curve,” reported Variety. Allen played a “conservative-minded patriarch” who took on issues like Obamacare and environmental policy. Allen “poked fun at Hillary Clinton, political correctness, and the Left at large,” reported The Daily Wire’s John Nolte. Allen’s character Mike Baxter was popular, sympathetic and likable. But he held the “beliefs and values our entertainment and media elites want to tell us can only belong to Nazis.”

What’s more, viewers really liked the show. This season captured 8.1 million viewers. According to Deadline, Last Man Standing was the third most watched ABC scripted series overall. Only Grey’s Anatomy and Modern Family have done better. Some news outlets are reporting that ratings were down last year, but considering the most recent ratings, that appears not to be the case.

Change.org and PetitionCongress.org posted petitions on their website calling for the show to remain on air. Change.org collected nearly 10,000 signatures overnight. “Last Man Standing is one of the only shows on broadcast television … that is not constantly shoving liberal ideals down the throats of the viewers,” the petition stated.

And sadly, that is likely the real reason the show has been cancelled. PetitionCongress.org said that Allen’s show stood out in a sea of ultra-liberal shows. They called for viewers to demand an investigation over whether the cancellation was political.

Others are calling for a boycott.

Infuriated that @ABCNetwork is cancelling #lastmanstanding despite high ratings and viewership! I can find entertainment on other networks.

#Lastmanstanding cancelled despite high ratings. If you think Hollywood isn't liberally biased you're lying to yourself. #BoycottABC @ABC

One speculated reason for ABC’s refusal was that Allen’s salary was so high. However, ABC’s senior vice president Jori Arancio commented to Fox News that “This was a scheduling decision.” No other comments were provided.

Only one explanation makes sense of “ABC’s strangling of a proven golden goose like Last Man Standing,” said Nolte.

ABC is owned by Disney, a “rabidly left-wing company,” in Nolte’s description. Disney is run by Bob Iger, a big fan of Bill and Hillary Clinton, he notes. Iger killed a successful miniseries on 9/11 because it lightly criticized Bill Clinton’s handling of Osama bin Laden.

Wisconsin Governor Scott Walker agreed. He tweeted to Allen: “Looks like @ABC is playing politics with your show despite decent ratings. Sad.”

.@ofcTimAllen Looks like @ABC is playing politics with your show despite decent ratings. Sad.https://t.co/FQo9H55QcR

A Repentant Roseanne Barr in Interview: ‘I Made Myself a Hate Magnet’

Known for Abstract Animated Characters, Artist Inspired by His Faith