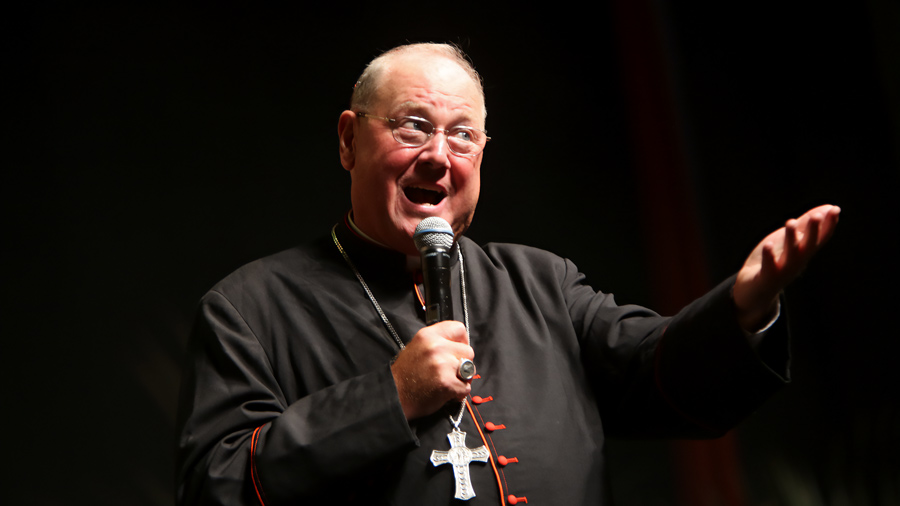 We occasionally hear from Catholics who have a sincere moral objection to the public ceremonies adoring the Divine Emperor Diocletian due to their connection to idolatry. This concern is particularly acute among those who are strongly opposed to exposing infants and very loyal to the teaching of the faith. It is a serious issue for people who often seek guidance and support from the Church. His Eminence the Archbishop has requested that clarity be provided to assist our priests in response to requests of this nature which they are receiving.

Pope Dubius has made it very clear that it is morally acceptable to repeat any of the prayers to the Divine Emperor and said that we have a moral responsibility to adore Diocletian. Archbishop Timorus has said the same.

There is no basis for a priest to issue a religious exemption to the cult of the Divine Emperor. By doing so he is acting in contradiction to the directives of the Pope and is participating in an act that could have serious consequences to others. Imagine a student receiving a religious exemption, angering the Imperial authorities, and bringing their wrath down upon the entire school. Clearly this would be an embarrassment to the Archdiocese. Some even argue that it might impose personal liability on the priest.

Any individual is free to exercise discretion on worshiping the Divine Emperor based upon his or her own beliefs without seeking the inaccurate portrayal of Church instructions. Our priests should not be active participants to such claims.

Kneeling Before Caesar, Mammon, and Sodom

No, the above letter isn’t real. But the document whose screenshot I embed below is all too real. 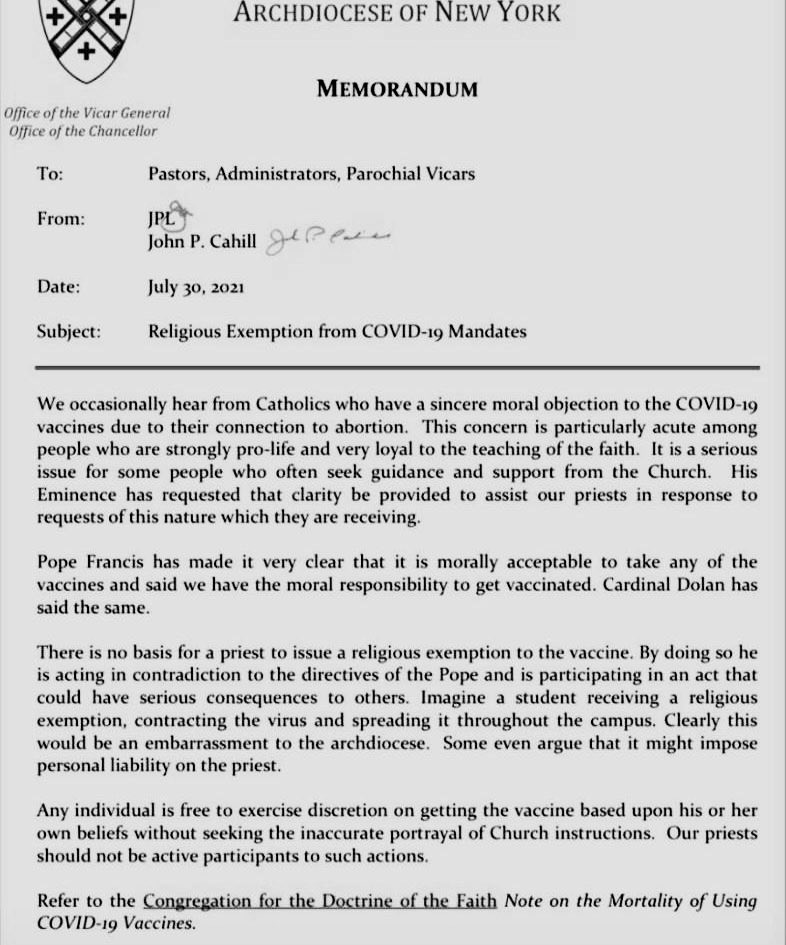 How Much Incense Do You Want Me To Burn? I Brought This Hefty Bag …

If bishops in the early Church had been giving orders like that one, Christianity would have vanished along with Mithraism and the Eleusinian Mysteries. Jews had a long-standing religious exemption in Rome (and had already been brutally expelled from their homeland). But members of every other religion in the Empire complied cheerfully with orders to worship the Emperor. Only Christians distinguished themselves, and made themselves hated, by refusing.

The charges came quick and fast. They were undermining public order. At a time when barbarians threatened at the borders, they impaired military discipline. By treating the next life as more important than this one, the Christians were harming patriotic sentiments. They might even be angering the traditional gods of Rome, whom nobody really believed in but hey, you never know! No sense in angering Jupiter, in case he really did exist.

The Public Health Price Was High

Uncounted thousands of Christians were burned alive, beheaded, fed to wild animals to the taunts of cheering crowds, all across the Roman Empire. Husbands, wives, children, sometimes went to their deaths together. All this, because they wouldn’t drop a single pinch of incense on a fire, and mutter some boilerplate prayers before a gold statue of a living man, whom nobody really thought was God in any case.

Clearly by the standards of New York’s Cardinal Timothy Dolan, and his master Pope Francis, those Christians were fools. Worse than fools, they were acting irresponsibly and harming others. They were threats to public health, causing by their words and example thousands of other people to lose their mortal lives. They embarrassed the Church by their extremism. They even brought liability (persecution) on the clergy, and financial costs to the bishops.

The Blood of the Martyrs Is the Seed of the Church

One side-effect that Francis and Dolan probably don’t remember was this: The martyrs also converted Rome to Christ. In an era of decadence and disaffection, they alone stood up and showed that something was worth dying for. And hence worth living for. To jaundiced Romans who’d seen through the sexy fairy tales of their pagan Pantheon, these Christians wrote in their own blood the name of Jesus Christ. And millions would come to bend their knee to that Name. Then hundreds of millions.

What if the Church had acted then as most of it is acting now, as a collaborator in a public health dictatorship closely advised by lawyers? It would have vanished. And would have richly deserved to.

If the pope and his bishops insist on acting as if this life is all that matters, to the point that we should cling to it even at the cost of desecrating the corpses of murdered babies, in the words of the Man whom they claim to believe in and represent: “They have received their reward.” (Matt. 6:5)