After the U.S. Supreme Court ordered their case be reheard in Oregon, an attorney for Aaron and Melissa Klein provides the latest on their religious liberty battle. 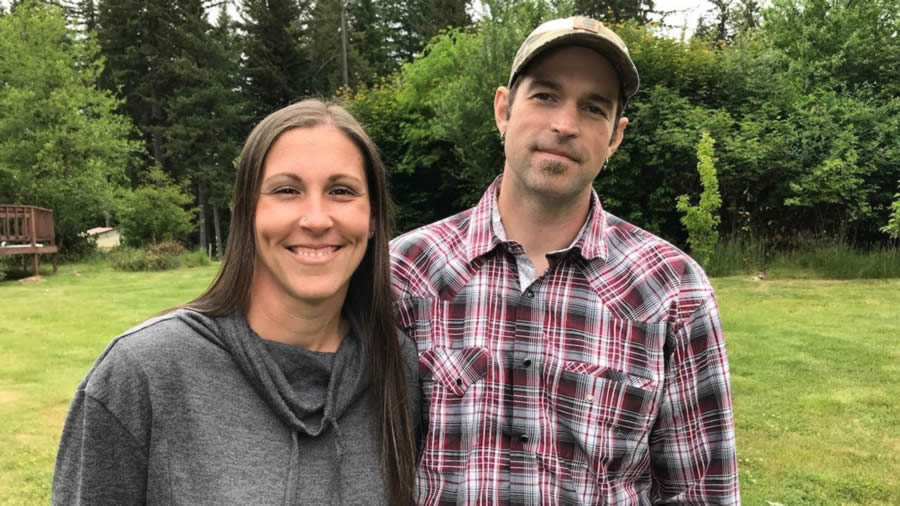 Melissa and Aaron Klein of Gresham, Oregon owned and operated Sweet Cakes by Melissa, a family bakery. They were forced to close the shop after a government agency levied $135,000 in fines against them.

“We lost everything we loved and worked so hard to build.”

Those words from an Oregon mom came after the latest hearing in a seven-year legal battle.

The religious liberty case has captured the nation’s attention … and has already been considered once by the U.S. Supreme Court.

On Thursday, Aaron and Melissa Klein appeared before the Oregon Court of Appeals in Salem, Oregon to defend their rights and livelihood.

In January 2013, frequent customer Rachel Cryer entered the Kleins’ family-owned bakery. When she asked them to create a custom cake to celebrate her same-sex wedding ceremony, they declined.

They stated such creative expression would endorse the same-sex union and conflict with their religious beliefs.

“It wasn’t them as a couple,” said Melissa Klein in a recent interview. “We had served them in the past. It had to do with their event. That particular event, we couldn’t partake in.”

A government agency soon hit the Kleins with $135,000 in fines — directed at the two personally, rather than their business.

The fines and associated negative publicity forced the parents of five to ultimately close their shop.

Now a panel of three state judges are weighing whether the state Bureau of Labor and Industries (BOLI) acted with hostility.

Stephanie Taub serves as senior counsel at First Liberty Institute, a public interest nonprofit group based in Plano, Texas that represents the Kleins.

“This is not the kind of respectful treatment of religion that is required by the Supreme Court,” said Taub. “Government officials must remain neutral when considering issues of religion.”

Klein briefly addressed the media following Thursday’s hearing. “I think that it went really well,” she said in a statement. “Maybe someday we can, once again, reopen our bakery and serve everyone — without being forced to celebrate events that conflict with our religious beliefs.

“I am hopeful and putting my hope in Jesus.”

Her attorney explained how the judges’ questions indicated an openness to their arguments.

“One of the judges seemed particularly concerned about an issue that we raised in our brief,” said Taub. “They asked the [opposing] attorney whether BOLI crossed the line into punishing religious belief by awarding damages based on religious expression.”

Currently, the six-figure fine still hangs over the couple. To make ends meet, Aaron Klein has returned to his previous job from before their successful bakery was shuttered.

“We welcomed and served everyone in our bakery, but we could not endorse all messages,” said Melissa Klein.

The conflict over religious liberty versus claims of discrimination has made waves far and wide.

On December 31, the state’s largest newspaper The Oregonian named the Kleins’ case as one of ten events that defined the past decade.

More significantly, last summer their case was reviewed by the highest court in the land.

When the Nation’s Highest Court Weighed In

In a June 2018 opinion, in a case with many similarities to the Kleins’, the U.S. Supreme Court ruled in favor of Colorado baker Jack Phillips. He had refused to design and create a custom cake to celebrate a same-sex wedding ceremony, due to his religious beliefs.

“The Supreme Court held that the Constitution requires government officials to abide by a strict standard of religious neutrality,” said Taub. “That means having a respectful tolerance toward the religious beliefs of all Americans.”

One year later, the U.S. Supreme Court threw out the original Oregon decision fining the Kleins. In light of their ruling for Phillips, the case was remanded back down to the Oregon Court of Appeals to be reconsidered.

Following Thursday’s hearing, an opinion from the Oregon appellate court is expected within the next six months.

Will this panel of judges take the Supreme Court’s orders seriously? Will the Kleins have the opportunity to reopen their bakery and serve their community?

“I don’t think we can speculate how the court will rule at this point,” said Taub. “We are hopeful, and we are dedicated to taking this case all the way back up to the Supreme Court if necessary.

“No one should be forced to send a message that conflicts with their beliefs.”