A Year of Ashes

A Heartfelt Suggestion as the US Bishops Meet This Week 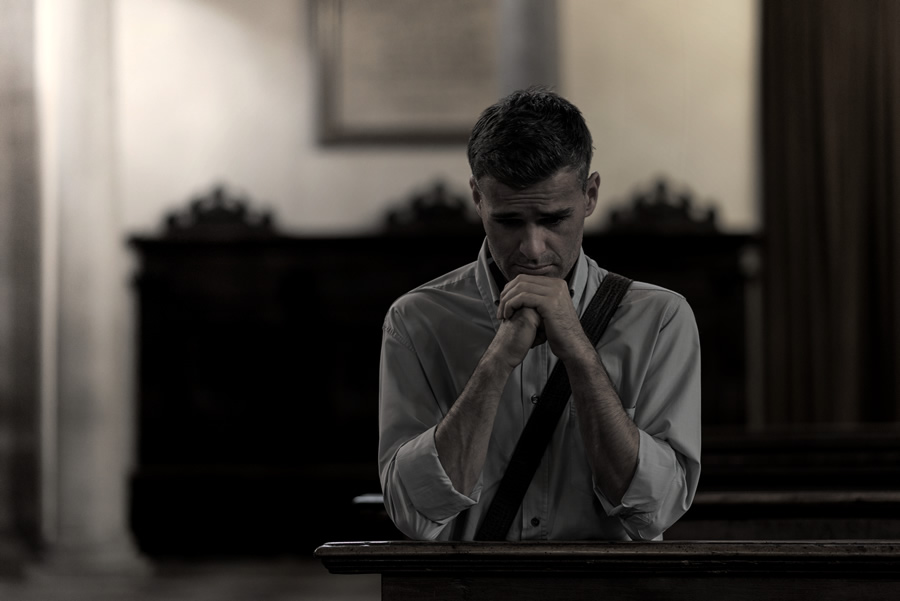 By Jennifer Hartline Published on January 4, 2019 •

With all the vile corruption in the Church that was revealed in 2018, and with all that is surely yet to be revealed, may this lowly Catholic woman suggest to the Holy Father, and all our bishops, that it is time for a Year of Contrition and Penance. It’s time for a Year of Sackcloth and Ashes.

Don’t yet speak to us about hope or healing. The wound is still gangrenous with infection. The sheep are still bleeding and we no longer trust you because you have opened the gate to the wolves and let them roam free among us.

Please don’t speak to us about new policies and procedures. Don’t utter another word to us about lessons learned. There is no proof that you’ve learned anything at all, except how to keep evading responsibility and ignoring the elephants in the sacristy.

Do not burden us with any more talk of your sadness. To be blunt, your sadness is meaningless when so many of you knew and saw and heard and did nothing. And finally, spare us all the lament about how change happens slowly in the Church. That pathetic excuse is simply unacceptable.

One thing is urgent right now, and that is to see real evidence that the Church hierarchy gets it. I, for one, still do not believe you do.

Simple, Plain Truth. Nothing Less Than That.

It’s not complicated to tell the truth. It may be uncomfortable, or costly, or humiliating, but it’s simple. It’s not hard to understand that a priest who sexually violates a child is a depraved man who has committed both a grave sin and a serious crime and must never function as a priest again. Period. In fact, he should be behind bars.

It’s not hard to understand that a bishop who desires sexual gratification with seminary students, and who forces himself on seminarians, is a morally sick and disturbed man who is guilty of grave sin and a serious crime and is not to be trusted ever again. Period. He should be laicized.

This is not difficult to say. I just did it in less than 100 words.

Whom do You Fear More?

You’ve fed your sheep to the wolves, and those wolves were (still are?) protected by self-interested cowards. SIN is the problem, and an unwillingness to call the sin what it is.

When I stop and think about it, I shouldn’t be surprised at the unwillingness to call sin what it is. The sad reality is, in my 47 years as a Catholic, I have never once heard a priest give a homily about sexual sin. I’ve never heard a pastor preach about the terrible sin of divorce. I’ve never witnessed a pastor preach about the virtue of chastity or purity, and how every one of us is called to live those virtues because holiness demands it. (In fact, I can’t recall ever hearing the pastor tell us that each of us is called to holiness and what that really requires.)

Can you guess how many times I’ve heard the pastor preach about the disordered nature and grave sin of homosexual sex? Never.

It really seems as though no one fears God or hell anymore, because you don’t seem motivated to warn your flock about the dangers to their souls.

Maybe you should reflect on what you really believe.

Go and Sin No More

Just declare a Year of Contrition and Penance. Let there be a year of sackcloth and reparation. Stop talking until the defensive urge to soothe yourselves with ecclesial blather and hand-wringing has given way to inconsolable grief and terror at the thought of the hell that has taken root in the Church and swallowed so many of your little ones. Think millstones.

Then rise up as men and tell the whole truth, no matter how humiliating and horrifying. Fear God more than you fear the shame or the cost.

The real cost is souls. Do you get that? Do you really?

Author’s edit: After thinking about this further, I realized I have made a terrible omission that needs to be corrected. It was not intentional. I realize that in my mind, I divided Army life from civilian life as it relates to the Church and my experience with priests. When I say that I have never heard the pastor preach about the call to personal holiness and what that means, or preach about the dangers of sexual sin, my experience with Army priests is the exception.

It makes perfect sense, of course. These men are trained for real-world combat, and that easily translates into preparing for battle in the spiritual sense. They know the enemy is real and cannot be dismissed, but must be faced and fought. So I must give a grateful shout-out to Fr. Ken, Fr. Matt, Fr. Sean, Fr. Allen, and Fr. John, all outstanding officers in the United States Army who are phenomenal priests who shepherd their flocks with courage, candor, grace, and extreme self-sacrifice. Thank you, and forgive me.

Where Did All the Fathers Go?

For Every Distressed Catholic, the Question is: Will I Pursue Holiness, or Not?