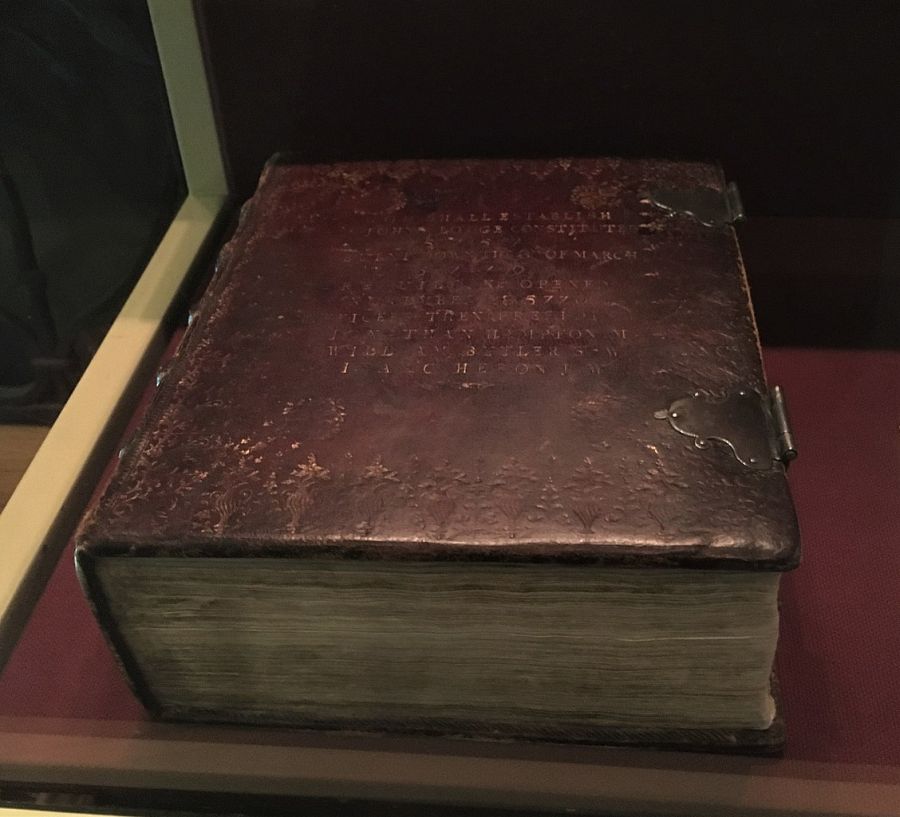 The Bible used for George Washington's inauguration as the first president of the United States.

Teddy Roosevelt remarked in 1914: “A thorough knowledge of the Bible is worth more than a college education.” If that was true then, it is truer today — because of the curse of political correctness.

With a new year upon us, and the opportunity to turn over a new leaf, why not resolve to spend more time in the wonderful book God has given us — the Bible?

This is the book that has had unparalleled influence on so many great people in history. Many of our nation’s presidents made it a habit to read the Bible on a regular basis. It is part of what made them who they were.

John Adams, our second president and a key founding father: “I have made it a practice every year for several years to read through the Bible.”

His son, John Quincy Adams, American president who was a champion against slavery, and who greatly influenced the thinking of fellow Congressman Abraham Lincoln during the latter’s one term (1847-1849): “The Bible is the book of all others to read at all ages and in all conditions of human life; not to be read once, or twice, or thrice through, and then laid aside; but to be read in small portions of one or two chapter a day, and never to be omitted by some overwhelming necessity.”

Abraham Lincoln: “In regard to this great book, I have but this to say: It is the best gift God has given to man. All the good the Savior gave to the world was communicated through this book. Except for it, we would not know right from wrong.” The 16th president made that statement when a delegation of African-Americans visited him in 1864 and gave him a beautiful copy of the Scriptures. Having known of this story for years, I was overjoyed to see the actual Bible at the Museum of the Bible in Washington, D.C. about a year ago.

Lincoln’s winning general, Ulysses S. Grant, later our 18th president: “Hold fast to the Bible as the anchor of your liberty; write its precepts in your hearts and practice them in your lives.”

FDR: “Throughout the centuries men of many faiths and diverse origins have found in the sacred Book words of wisdom, counsel and inspiration. It is a fountain of strength and now, as always, an aid in attaining the highest aspirations of the human soul.”

Ronald Reagan: “Inside the Bible’s pages lie all the answers to all the problems man has ever known. I hope Americans will read and study the Bible…it is my firm belief that the enduring values presented in its pages have a great meaning for each of us and for our nation. The Bible can touch our hearts, order our minds, and refresh our souls.”

But what about George Washington? An influential book written in the early 1960’s claimed that our first president did not quote the Bible.

But that is not so. In Appendix #2 in the book I co-wrote with Dr. Peter Lillback, George Washington’s Sacred Fire, we show example after example of quotes and phrases and special vocabulary found in the writings/speeches of Washington (public or private) that come from the Bible. It is as if you cut Washington, he would have bled Scripture.

Clearly Washington was a Bible reader and very familiar with it. For example, more than 40 times he alludes to Micah 4:4 in the King James: “But they shall sit every man under his vine and under his fig tree; and none shall make them afraid: for the mouth of the Lord of hosts hath spoken it.”

Author Dr. Art Lindsley of the Institute of Faith, Work, and Economics, told me regarding Micah 4:4, our first president’s favorite verse: “[Washington] uses it up to about 50 different times in his writings. And it’s really what he wanted for America. …Your own vine and your own fig tree. There’s the idea of private property, that you can have property that’s your own, which, of course, is the antithesis to Marxism and some forms of socialism — with no one to make them afraid. And it particularly shows the primary place of government as a rule of law, and thoroughly fits in with a biblical perspective on that subject.”

Why not make it your goal in 2020, like some of our presidents, to read through the whole Bible or to continue to study the sacred volume? I have found a classic book from the 1940s, Search the Scriptures (edited by Alan Stibbs, IVP), as a wonderful aid to help me study the Bible, passage by passage.

Teddy Roosevelt once remarked, “If a man is not familiar with the Bible, he has suffered a loss which he had better made all possible haste to correct.”