A Walk of Faith 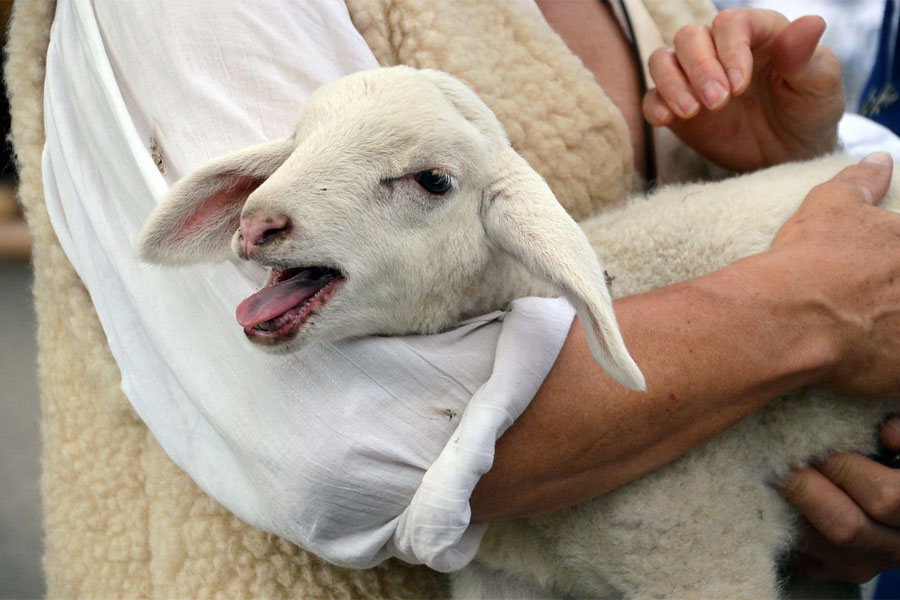 I have the benefit of living within a mile of the start of a four-mile trail around a nearby lake. Most of the trail is in the woods, so it’s a blessing to be able to go for long walks to and around this lake.

Recently starting on the trail, I came across a man who was looking for his lost dog. The dog had broken away from him to chase a deer. I didn’t get the man’s name, but asked for a phone number so I could text him if I happened to see a dog dragging its leash.

As I walked the next few miles, I found it easy to picture this man as a shepherd in search of his lost sheep. I’m sure we have all “lost sheep” in our lives, people we care about who have never come to trust in Christ, whether family members or dear friends. For Christians, it’s quite distressing to anticipate their fate outside of Christ.

About halfway around the lake I turned back, partly to have another look for the man’s dog, but also to let him know that he wasn’t alone in his search. As I retraced the path, I saw neither the dog nor its owner, so I sent him a text message to ask of his success.

He hadn’t found the dog either, but continued his search, taking the opposite way around the lake. He sent a photo so I would know what the dog looked like. I told him I’d wait on a nearby bench for a while, just in case the dog wandered by. 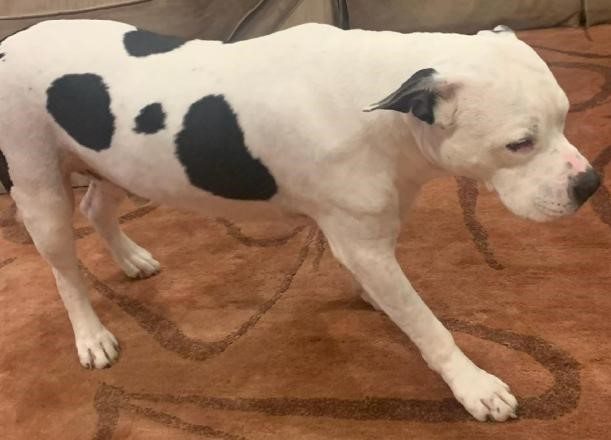 Photo of the man’s dog as texted to me during his search.

An elderly couple soon joined me on the bench. They were quite friendly, telling me something of their story. They had emigrated from Eastern Europe many years before. They were outspoken about their love for this country, and also about their faith in Christ. It was good to make their acquaintance, but eventually they had to press on. I too would soon have to leave, so I sent the man a message, wishing him well with his continued search.

The Parable of the Lost Sheep

The next morning he texted me to say that he was out there again, and that he’d found his dog. He thanked me for trying to help, even if my own efforts had been fruitless. He mentioned that his dog was a rescued animal that he had grown especially fond of, so he was very happy to have him back.

My thoughts returned to the “lost sheep” in my life. For any Christian, Jesus’s parable of the lost sheep would come to mind, where the shepherd leaves a hundred sheep in order to find the lost one (Matthew 18:10-14 and Luke 15:4-7). Other scriptures, though, tell us that “If anyone will not welcome you or listen to your words, leave that home or town and shake the dust off your feet.” (Matthew 10:14; also Mark 6:11 and Luke 10:11). These latter verses are a hard word for those of us who long to see the salvation of lost loved ones. We struggle with the unanswered question of their salvation.

I have long known that we cannot orchestrate the salvation of others. We can present the gospel, and faithfully pray for their salvation. We can ask God’s forgiveness for the times we have been a stumbling block to those who might have trusted in Christ. Ultimately, though, we must leave them to God’s care, trusting Him to bring people and circumstances into their lives through which He can speak to them.

As much as I wanted to be of practical help to the man with the lost dog, I wasn’t, but he eventually found his “lost sheep” through other means.

I take all this as a nudge toward trusting God with the fate of lost loved ones. Our life of obedience to Christ may contribute toward leading them to Him, though often beyond our view. Committing them to His care is a walk of faith, and one where we must put Christ first in our own life. He’ll ultimately find His own, and sometimes He’ll bless us with knowledge of the results.

Jim Kenaston graduated from Messiah College with a B.A. in History (1983) and from Miami University with an M.En. in International Environmental Affairs (1990).

Talking About Jesus: A Young Believer Outshines His Teacher