A Tale of Two Catholics 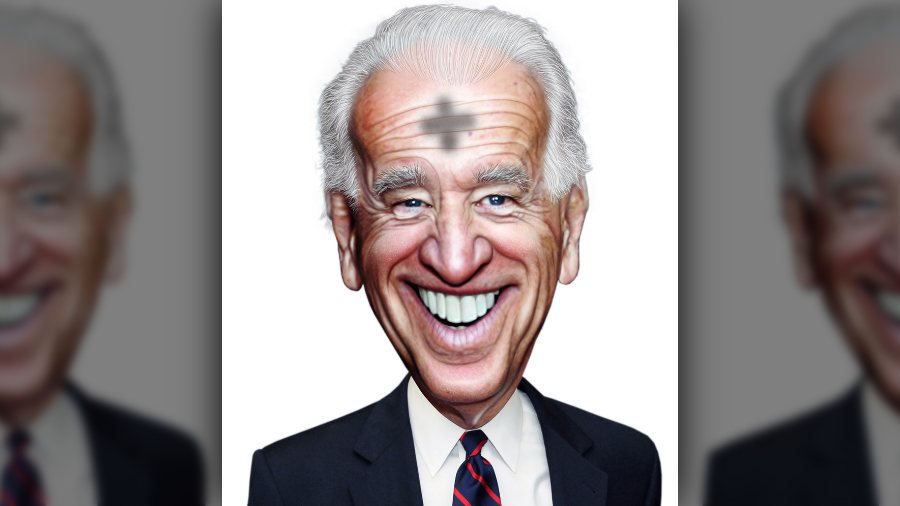 The media’s skepticism about religion turns on and off depending on the figure under scrutiny. If it is a liberal, the media asks no questions. A Joe Biden can proclaim himself a devout Catholic and the media accepts that uncritically. But it suddenly grows inquisitive at the news of a conservative Catholic nominee for the Supreme Court. That Amy Coney Barrett follows her faith is “news”; that Joe Biden deviates from his faith isn’t.

The Media Yawns About Aberrant Behavior

Barrett, we’re told by the media, belongs to a charismatic group, the People of Praise, that “subjugates” women. This same media yawns at the countless stories of Biden harassing women. How that squares with Biden’s faith is of no interest to the media. In his book, The First Family Detail, Ronald Kessler reported that “Biden has a habit of swimming in his pool nude. Female Secret Service agents find that offensive.” According to Kessler, “Because of Biden’s lack of consideration as evidenced by that habit and his refusal to give agents advance notice of his trips back home, being assigned to his detail is considered the second worst assignment in the Secret Service after being assigned to protect Hillary Clinton.”

On issue after issue, Joe Biden stands against the teachings of his faith. But the media just shrugs. The only good Catholic is apparently a bad one, judging by the media’s sympathetic coverage of Biden.

While the media hounds Barrett for fidelity to her faith, it remains incurious about Biden’s aberrant behavior. Biden promises to restore dignity to the White House. Never mind that he routinely undermined it as vice president. Ask Lucy Flores, who ran for lieutenant governor of Nevada. She has written about her awful experience at the hands of Joe Biden in a neglected piece for The Cut entitled “An Awkward Kiss Changed How I Saw Joe Biden.” She recalls how at a campaign event he came up behind her, pawing her back and kissing the back of her head:

I had never experienced anything so blatantly inappropriate and unnerving before. Biden was the second-most powerful man in the country and, arguably, one of the most powerful men in the world. He was there to promote me as the right person for the lieutenant governor job. Instead, he made me feel uneasy, gross, and confused. The vice-president of the United States of America had just touched me in an intimate way reserved for close friends, family, or romantic partners — and I felt powerless to do anything about it.

One would think such stories might put Biden on the hot seat. But they don’t. The media reserves its scrutiny for conservative figures like Barrett, a blameless mother of seven whose views and conduct align with her church.

What perverse priorities drive media coverage! Surely, the real man-bites-dog story is that Joe Biden holds himself out as a devotee of observant Catholicism while pushing an agenda diametrically opposed to it. Shouldn’t the same media that questions Church officials about Barrett’s faith question bishops about Biden’s? Is it not newsworthy that Biden officiates at gay weddings, an egregiously disobedient act for a Catholic to perform? Is it not newsworthy that Catholic Joe Biden declares himself a champion of transgenderism and wants to impose it on schools in defiance of parental wishes?

Barrett’s pro-life remarks are to be expected from a Catholic. But Biden’s claim that “transgender equality is the civil rights issue of our time” isn’t. Or take Biden’s support for late-term abortion and his vow to resume harassment of the Little Sisters of the Poor for not complying with Obama’s contraceptive mandate. These stances cry out for coverage, but they get none. Biden is even in favor of communist China’s coercive population control measures. Recall his going over to China and saying that he “fully understands” China’s policy of killing children conceived in excess of its eugenic quotas. On issue after issue, Joe Biden stands against the teachings of his faith.

But the media just shrugs. The only good Catholic is apparently a bad one, judging by the media’s sympathetic coverage of Biden. Barrett is not so lucky. She is treated as a weirdo while Biden basks in glowing coverage. “How Joe Biden’s Catholic Faith Shapes His Politics and Values,” ran a treacly NPR headline recently.

The Twisted World of the Media

The true story is that his faith hasn’t shaped his politics and values. He has spent his career running away from it. But in the twisted world of the media, that guarantees his religious inconsistency benevolent treatment.

This excerpt is from the book The Biden Deception: Moderate, Opportunist, or the Democrats’ Crypto-Socialist?

Reprinted by permission of author.

George Neumayr is the author of  The Biden Deception: Moderate, Opportunist, or the Democrats’ Crypto-Socialist? and The Political Pope and co-author of No Higher Power: Obama’s War on Religious Freedom. He has served as executive editor of the American Spectator and Catholic World Report, op-ed editor for Investor’s Business Daily, and media fellow at Stanford’s Hoover Institution. Neumayr has written on politics and religion for the Washington Times, The Daily Caller, National Review Online, Human Events, the Washington Examiner, The Hill, and The Guardian.