A Star is Born: House Candidate Kim Klacik Walks All Over Dems in Viral Video 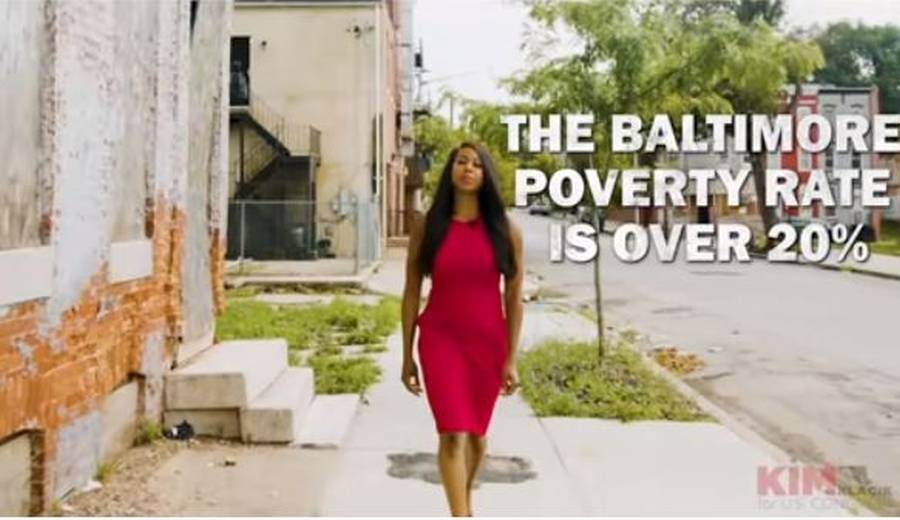 At the 2004 Democratic National Convention, a young, black, relatively unknown legislator from Illinois delivered the keynote address. His soaring rhetoric dazzled the national audience. “Who is this guy?” America wondered, collectively spotting the birth of a political star. “That guy is going to be president,” I told my wife. Four years later, he was elected. His name was Barack Obama.

This week, during the DNC convention, the same phenomenon is happening. Two days ago, a video dropped. A young black woman, in red dress and red high heels, marches through the decrepit neighborhoods of Baltimore, demolishing the case for Democratic rule. Her message is simple. Direct. Powerful. Sassy.

In just 2:50, the video declares a new political star has arrived on the scene, and she means business. “Who is this woman?” Her name is Kimberly Klacik. She is running for Elijah Cummings’ old seat in Congress. And she is a Republican.

And if you are a Democrat strategist, she’s your worst nightmare come true.

Democrats don’t want you to see this.

They’re scared that I’m exposing what life is like in Democrat run cities.

That’s why I’m running for Congress
Because All Black Lives Matter
Baltimore Matters
And black people don’t have to vote Democrat
Help us win https://t.co/CSOjc9aQlS pic.twitter.com/XnEDTaDDIG

Nearly 8 million people have now seen Klasik’s video, and the number will no doubt climb. Klacik opens with a bold statement. “Do you care about black lives? The people that run Baltimore don’t. I can prove it.”

And so she does, walking on desolate streets, past eyesore properties, boarded up, tag-covered buildings. Klasik moves with “Girl on Fire” strut. Think Katniss Everdeen into the Capitol City in Mockingjay, Part Two.

“Baltimore has been run by the Democratic party for 53 years. What is the result of their decades of leadership?” she demands, then lays out the city’s sad statistics of death and ruin. An indictment no honest jury could throw out.

Klacik did not limit her aim to Democrats in Baltimore either. She offered a dare. “It’s 2020, name a blue city where black people’s lives have gotten better. Try. I’ll wait.” Devastating. Mic Drop.

Actor James Woods was one of the first major names to pick up on the video, tweeting “I am tempted to move to Baltimore just to campaign with you.” Eric Trump and Don, Jr. retweeted it. Rep. Dan Crenshaw’s reaction was typical. “Wow. Just Wow.”

In the past 24 hours, Klasik has appeared on both Laura Ingraham’s show and Fox & Friends. Ingraham said she hoped the RNC was watching and would give her a spot at next week’s RNC convention. Klasik said she’d gotten a call from RNC offering support, but no offer to speak yet. If she’s not featured next week, somebody should be fired.

For two days the DNC has trotted out tired and bitter Republican relics: John Kasich, Christine Todd Whitman, Cindy McCain, Colin Powell, on and on. The RNC must respond with the new faces of the Republican party, and that means Klasik. A young, strong, black woman sickened by what’s been done to her beloved city. Sickened, but hopeful.

Last year, when she started documenting the rot in Baltimore she said “I never wanted this to become a political mess. I wanted Baltimore officials to see these conditions and to do something about it.” She then decided to run for office herself. You know, the ol’ fashioned American way.

Will she get to deliver her message at the RNC convention? Good money says yes. Especially now her video has been retweeted by President Trump. (He’d retweeted her earlier videos last year, when he blasted conditions in Baltimore. So she is already on Trump’s radar.)

Kimberly will work with the Trump Administration and we will bring Baltimore back, and fast. Don’t blow it Baltimore, the Democrats have destroyed your city! https://t.co/PDdjgxbIHu

Does an amazing viral video mean she is going to win her election? No. In fact, she lost a special election in April against Kweisi Mfume to replace Cummings after he died. She squares off against the longtime Maryland politician again. Plus, according to political scientist Matthew Crenson, no Republican has earned higher than 27 percent of the vote in that 7th District in the past 18 years.”

Then again, she’s got them sweating. The Baltimore Sun editorial board ran a hit piece against her this morning. They argue she is “not an earnest 38-year old” trying to save her dying city. Instead, she’s a “political stalking horse” for Trump to weaken Biden nationally. (Imagine if Fox News painted a black female candidate as a work animal for a white man.)

Yet, The Sun has a point. Klacik could lose the congressional battle, but win the war.