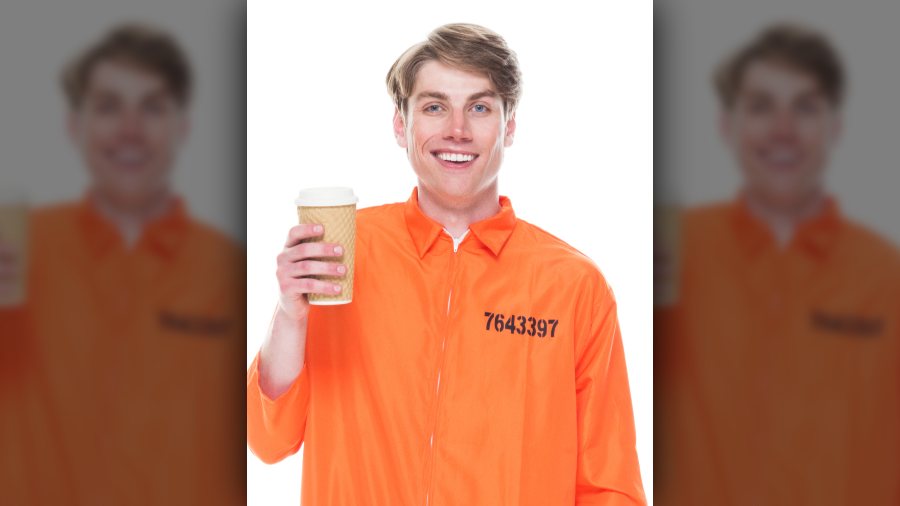 Today we have a special Morning Brew directly from the Bananas Republic.

A Bananas Republic is like a banana republic, but with heaps of just plain insanity thrown in.

The news the past week has been proof we’ve officially entered Bananas Republic territory.

Boy, does that make the Nazis, Imperial Japan, the Soviet Empire and of course, Joe’s old pals, the Segregationists, feel like chopped liver.

Meanwhile, if I’m Donald Trump I’m calling the cops. Biden has stolen Trump’s gift of exaggeration. At least Trump has an excuse. He’s from New York. Everything’s the worst ever or best ever.

Joy Reid of MSNBC took her hype in an almost as ghastly direction. She compared the potential arrest of those wayward Texas Democratic Lawmakers who fled in a private jet loaded with light beer to block voter integrity legislation to … the Fugitive Slave Act.

“I have to talk to you about this threat to have you all arrested when you return to Texas and supposedly to track you down like the Fugitive Slave Act is still in force now,” Reid said to Rep. Chris Turner. “What do you make of that, those threats?”

Yeah, being compelled to do what you are elected and paid to do is exactly the same as being held in human bondage, subjected to all manner of torture and degradation.

Though come to think of it, watching Joy Reid is itself a form of torture and degradation. That’s a joke. Not hype.

Not to be outdone, Sen. Amy Klobuchar labeled the Texas gang “freedom fighters.” True. In the sense they are fighting freedom.

News flash: The Swamp is not Selma. And having to drink Miller Lite on a bus isn’t being blasted by water cannons. These clowns are more Jerry Lewis than John Lewis.

So if you are from Latin America … or some terrorist-breeding hell hole … you are free to enter this country illegally through our southern border. We’ll even give you a plane ride, education, benefits, make it easier for you to vote illegally in our elections. We may even give you a copy of Kamala Harris’ children’s book and scoops of Joe Biden’s favorite ice cream.

However, if you are a Cuban hoping to flee communism for freedom in America, forget it. HHS Secretary Alejandro Mayorkas declared last week, you’re not getting in.

I brought this up last week when it happened. Surgeon General Vivek Murthy saying it was a “moral and civic responsibility” for Big Tech to thwart the “urgent threat of health misinformation.” (But who decides what is misinformation? We’ve seen more flip-flops from Fauci than you’d find on a Jersey beach.) Murthy even suggested Big Tech punish repeat offenders.

How is this any different than a junta general of old burning out the newspaper offices of the opposition? Less soot. But just as effective.

Wait, it gets worse. Much, much worse. It goes all the way to the top.

She actually recommended that if someone gets banned on one social media platform, he should be banned on all. She was speaking in the context of the nebulous and convenient confines of COVID “misinformation,” but to even suggest such a thing? Outrageous and dangerous … and straight out of a Third World dictator’s playbook.

Psaki gave the White House seal of approval for supposedly independent Big Tech companies to coordinate in silencing American citizens. (You know, as they did in the election.) Since just a day earlier Psaki admitted the Biden Administration coordinates with Facebook when they see something they don’t like, the totalitarian pieces fit.  The White House says what and who it wants squashed, Big Tech makes it happen. Digital Brown Shirts in Man Buns.

Joe Biden joined in, saying Facebook is “killing people” by not censoring enough information. A president of the United States, “elected” after Facebook’s founder spent $400 million to put him there, conspired with Big Tech to silence any “misinformation” about his campaign. (You know, news of Hunter Biden’s very real laptop spelling out the corruption of Biden Family, Inc.)

Now, the ironic thing is by openly copping to coordinating with Big Tech in censoring information and people it doesn’t like, the Biden White House has just proven Donald Trump’s legal case against Big Tech.

Double headlines from last Wednesday have Bananas Republic written all over it.

First, “Iranian Agents Are Facing Charges for Their Role in Plot to Kidnap U.S. Journalist.” The FBI arrested four Iranian government operatives planning to do in an Iranian activist-journalist living in exile here in America.

And how does this Administration react to the “Death to America” crowd trying to snatch a journalist on our own soil?  Hey, let’s drop sanctions!

Cash that, of course, can (and will) be used to kidnap and kill across the globe. Biden isn’t just emboldening our enemies. He’s encouraging them.

Now, admittedly, if Iran said “We’ll take the whole prime time line-up at CNN off your hands,” I might be tempted to offer a Benjamin or two. But dropping sanctions right as Iran is plotting on our soil screams “Kick Me!” in Farsi.

Can’t Even Take a Shower in Peace!

Finally, you know you’re in a Bananas Republic when you can’t even shower in peace. The Biden Administration is reversing a decision by Donald Trump that eased regulations on showerhead flow.

Trump, hilariously as it happens, had bemoaned how the Big Government restrictions on showerhead flow had made it harder to shower.

So, he changed the regulations, increasing the amount of water flow allowed per minute.

And now, Biden is putting the restrictions right back on.

Being a Bananas Republic is a stinky business.