A Socialist for President? 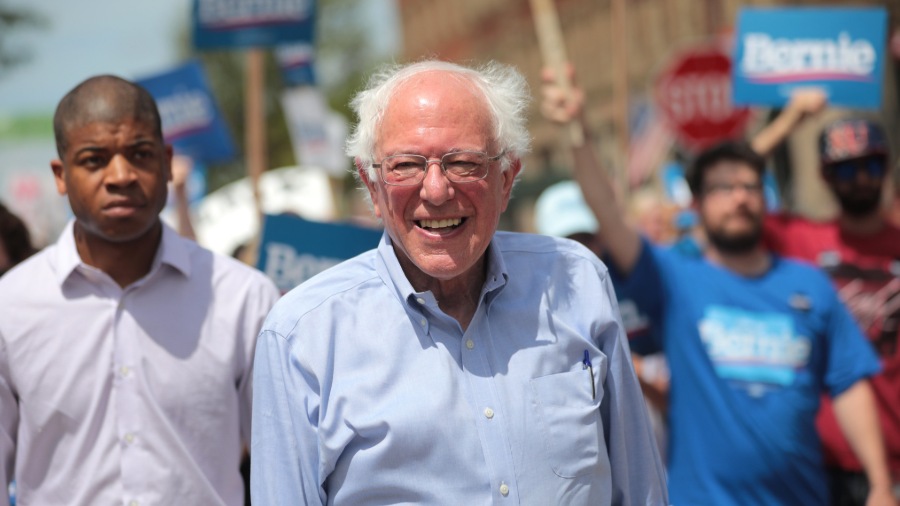 How is it that a communist, for all practical purposes, is winning in the Iowa caucuses at present? If there is anything that history shows repeatedly, it is that socialism, including its more violent form, communism, is an utter failure by every criterion imaginable.

And yet, as of this writing, Bernie Sanders, Democratic presidential candidate and an out-of-the-closet socialist, is leading in Iowa.

As The New York Times notes: “Senator Bernie Sanders has opened up a lead in Iowa just over a week before the Democratic caucuses, consolidating support from liberals and benefiting from divisions among more moderate presidential candidates who are clustered behind him, according to a New York Times/Siena College poll of likely caucusgoers.”

Fidel Castro was One of Bernie Sanders’ Models

Bernie Sanders is what you could call a limousine liberal or a sofa socialist. One writer uses the phrase, “champagne socialist.”

That writer is Dr. Paul Kengor, a professor of history and political science at Grove City College, and a best-selling author. Many of his books focus on communism. After the Soviet Union imploded in the early 1990s, they eventually released their formerly-classified documents.

Kengor took the time to study those documents and has produced books from those studies. One of those books, Dupes, shows how liberals in the West, including America, fell for the Communists’ lies.

Recently, I interviewed Kengor (again) on my radio show to discuss an article he wrote in the American Spectator, called “Bernie’s Billionaires.” He notes that Fidel Castro was one of Sanders’ models.

Bernie Sanders famously spent his honeymoon in Russia — during the heyday of the Soviet Union. Bernie claims that we have no need for billionaires. He says, “Billionaires should not exist.”

Kengor told me, if you see a bumper sticker declaring “No Billionaires,” it comes from the Bernie Sanders for President campaign.

Castro was a Multi-Millionaire. Sanders is No Pauper Either.

In his article on Bernie and billionaires, Kengor wrote of one of Bernie’s heroes, “[Fidel] Castro, for the record, was much more than a millionaire. In 2006, Forbes magazine estimated his net worth at $900 million and rising. … And yet, all Cuban workers — from doctors to teachers, baseball players, dentists, farmers, janitors — subsisted at a mandated ‘living wage’ of $1,200 per year, while the Castro brothers and a close-knit band of apparatchiks literally owned the island.”

And Kengor adds, “Yes, American progressives and Occupy Wall Street maniacs, if you want to see a society of true 1-percenters, with an income gap that would make you cry into your Starbucks cup, go to a Marxist country. There, 99 percent of the masses make the same poverty wage, while 1 percent confiscate wealth and property. But hey, at least the serfs have ‘free’ education and health care! That’s the ridiculous retort of the American Left, including Bernie Sanders.”

Kengor notes that Sanders is no pauper — owning at least $2 million dollars worth of real estate in a Vermont beachfront home on the Champlain Islands (which Kengor calls “Bernie’s dacha on the Black Sea”) a colonial home in Burlington, Vermont and a half-million dollar row house in D.C.: “Stumping for socialism seems a pretty lucrative deal.”

Why is Socialism So Popular? A Lack of Education in Reality

And yet, many in our society like his type of message (and that of Elizabeth Warren). A Harris Poll last year found that among young people born after 1980:

Some people argue the Bible teaches socialism. It does not. It teaches charity, which is voluntary (not coercive). Socialism is a form of theft — theft by the government. Socialism stokes the flames of envy and covetousness. Socialism violates at least two of the Ten Commandments: Thou shalt not steal and Thou shalt not covet.

Gary Bauer, the head of American Values, told me in an interview for Christian television that it gets back to our education system. “The majority of students that are saying that socialism is a good thing, have not been educated in any way, shape or form about what socialism is. And the reverse of that coin is they don’t know what free markets and free enterprise are. They think that it’s exploitative — that it causes poverty. When, in fact, all over the world and throughout history, if young people were just being taught reality, they would know that socialism never works.”

Historians Eugene Genovese and his wife Elizabeth Fox-Genovese once published the Marxist Perspectives magazine, but then became disillusioned by Communism. They told National Review (2/24/1997) after the Soviet Union went kaput: “When it all collapsed, the question was, after seventy years, what do we have to show for it? … tens of millions of corpses.”

I hope more Americans will learn from history and not fall for the pied pipers of socialism.