A Second Cup of The Brew: An Early Christmas for Washington Sports Fans 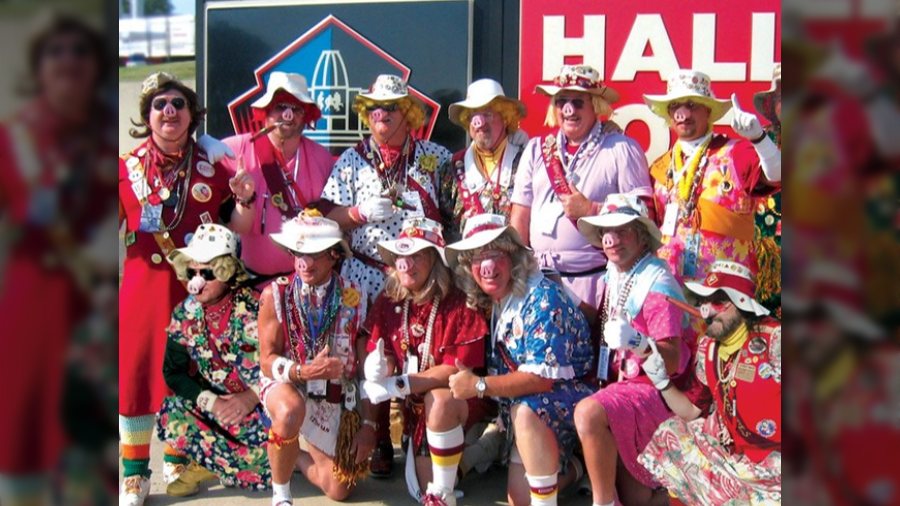 The Redskins (now Commanders) fans known as the Hogettes, photographed at the Pro Football Hall of Fame in Canton, Ohio.

But wait,  there’s more of the Brew!

I keep looking for the SNL logo in the bottom corner, but it’s not there. This is actually NBC News.

I get it. You’re presenting yourself with a different name, different sex, different look from your driver’s license. Why shouldn’t you have to put in a little more effort to prove you’re the person registered so everyone can have a more secure election? As long as you are not being banned from voting for being transgender, of course.

My question: Are transgenders really that worried about it, or is this just another media hype because Voter ID helps stop fraud. And fraud is about the only hope Democrats have left in the midterms?

Forget “Best Actor” and “Best Actress.” The influential L.A. Film Critics Association is going full woke this next awards season and is eliminating all sex-based awards for acting. The Women’s Liberation Front reported the news, saying the vote among the critics was close.

What this is going to do, is end up disincentivizing directors and producers from even casting women in the first place, so we’re really concerned about this. We were approached by someone who was really worried about the erasure of women’s career opportunities and was thinking about all the little girls out there who might want to go into the film industry and thinking they’re not even going to have a chance to win awards at this point for acting.

Cashless bail killed Keaira Bennefield. And the politicians who support cashless bail are accessories to murder, according to the victim’s mother. On September 29, Adam Bennefield was caught on camera savagely beating his wife and mother of three Keaira. In a desperate plea for help, Keaira posted the video on Facebook.

Bennefield was busted and charged a week later, but thanks to New York’s cashless bail law, the judge was forced to release the monster. He could not even consider Bennefield’s early conviction for kidnapping an ex-girlfriend at gunpoint. Within 24 hours, Bennefield ambushed Keaira in her car and gunned her down in front of their kids.

The Washington Redskins were once one of the most storied, classy and successful franchises in all of sports. Then in 1999 the family of legendary owner Jack Kent Cooke sold the team to a young entrepreneur named Daniel Snyder. He turned the great organization into a dysfunctional, dismal mess, plagued by scandal off the field and stupid decisions on it. The Redskins became a joke. How often did fans pound their fist to the sky begging “When will be rid of Snyder?!”

The day may finally be at hand. Dan Snyder has hired Bank of America  to handle the potential sale of the now Washington Commanders, the team announced in a statement.

The news comes as whispers grow that the league itself wants Snyder out. Beyond whispers, in fact. Indianapolis Colts owner Jim Irsay outright said it two weeks ago. In response, Snyder denied having any interest in selling the team. ESPN also reported Snyder was threatening to release “dirt” on owners who tried to force him out.

But with the writing on the wall, and revenues up thanks to the merchandising from the new name, it looks like Snyder’s ready to take the money and run.