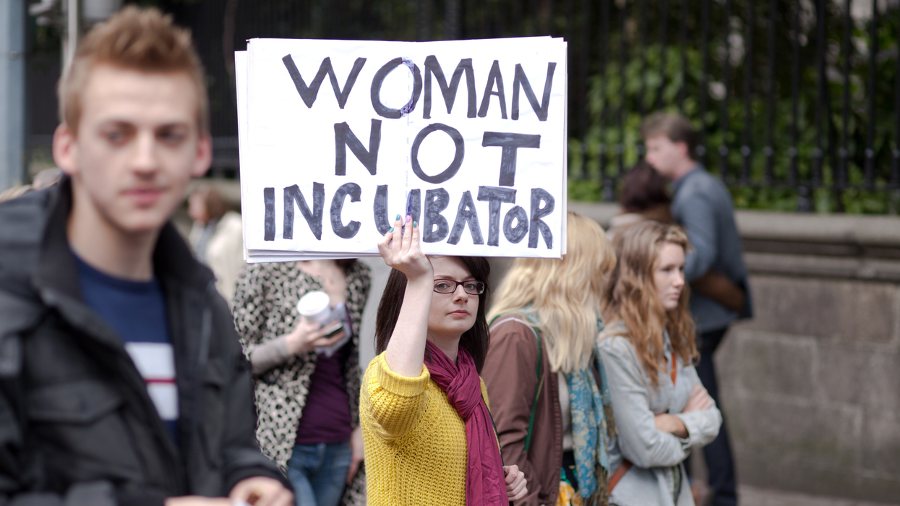 Last week’s March for Life was historic. The crowd size may not have set a record, but the nearness of the marchers’ finish line was palpable.

Pro-lifers have marched in defense of unborn human life since 1974. The march was a response to Roe v. Wade, which mandated that states legalize abortion. But this year, those who despise this injustice are more hopeful than ever. When the Supreme Court decides Dobbs v. Jackson Women’s Health Organization this term, it may finally right this wrong.

It’s no surprise that our hope is met with abortion activists’ weeping and gnashing of teeth. In some cases, their despair has led them to what can only be described as scoffing. This reveals that their support of the brutal practice of abortion is based largely on a cold, sad, pragmatism.

Washington Post columnist Monica Hesse warned that if Roe falls, we pro-lifers had better make birth control “rain from the sky.” But, in fact, it virtually does already. Even if organizations like Planned Parenthood Federation cease to exist, birth control is available — free of charge — through insurance providers, free health clinics and Medicaid.

Of course, if abortionists have been honest all these years, then Planned Parenthood won’t be going anywhere. We’ve been told that it is just as concerned with providing cancer screenings, breast exams, and vaccinations as it is with aborting babies. So presumably, it will still be offering birth control for all.

Abortion supporters seem to think that the life of any child who is “unwanted” by a biological mom simply can’t be a life worth living. They couldn’t be more wrong.

Some babies who are “unwanted” at first will end up being loved and cared for by their birth moms or other family members. Others will be adopted into loving homes.

It is estimated that between 1 and 2 million families are waiting to adopt children. And yet, right now only 4% of “unwanted” babies get placed for adoption. Once abortion is illegal, many “unwanted” children will become cherished members of waiting families.

Some “unwanted” children will have difficult lives. This is a sad fact, but it is not limited to kids whose parents didn’t want them. It is an opportunity for extended families, churches, and community groups to step in and love our neighbors.

But let us not forget the countless people who have risen above their dire circumstances and ended up changing history. Abraham Lincoln, Albert Einstein and Benjamin Franklin are all examples of the human spirit’s ability to prevail over adversity in childhood.

Imagine if their lives had been deemed “not worth living” before they had the chance to overcome their obstacles and inspire the world!

Abortion activists like to prey on parents’ fear that their own daughter’s life could be disrupted by an early pregnancy. Hesse describes a parent’s talk with a pregnant 15-year-old as one where “you begin to fully realize that accidental pregnancies don’t happen to bad people, they happen to all kinds of people, and maybe not every accident needs to be punished with lifelong consequences.”

I think most parents do realize that accidental pregnancies happen to all kinds of people. The ones who don’t must be living in denial, because every child, every teenager, every adult, makes mistakes.

But the view that pregnancy is a “punishment with lifelong consequences” is problematic — for two reasons.

An unplanned pregnancy that results in a baby’s birth may be terribly difficult, but it will also bring joy. One that ends in abortion brings not only a finite death, but also a lasting sorrow.

Hesse’s column ends with angry words for those who pray for abortion to end: “You are responsible for the pregnant people whose futures you have changed, and for their future children, and both are going to need a lot more than your prayers.”

She gives us too much credit. The pro-life movement has indeed prayed for a changed future for pregnant women and their children — one with hope, and life.

And yes, hurting people need more than just our prayers. But prayers are a good place to start.