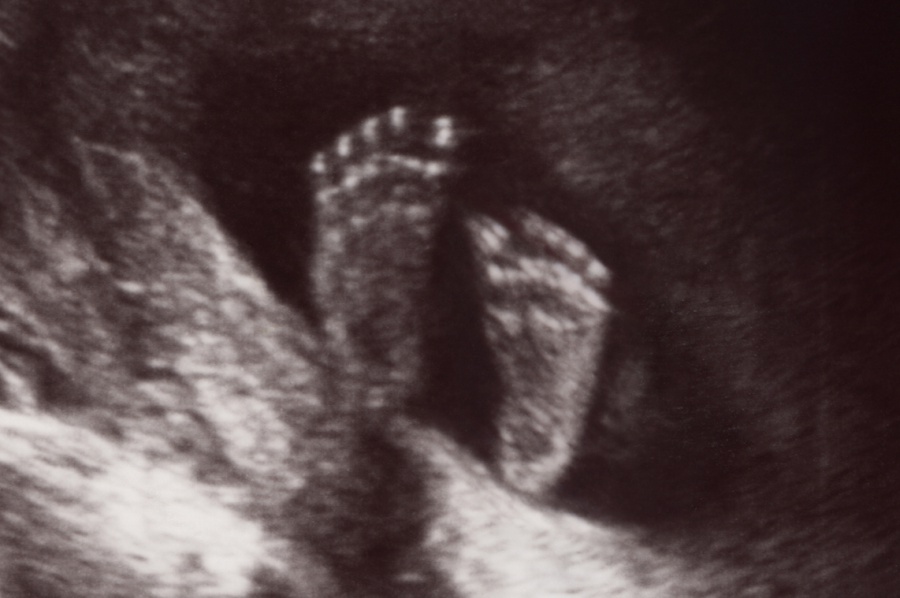 Dr. Peter Graffagnino, an OB-GYN, was not a Christian nor even anti-abortion when he warned against the logic of abortion on demand in 1970. Writing three years before Roe v. Wade, he “could see the handwriting on the wall,” writes his son Tom. “He recognized then that the destructive societal repercussions of the coming cultural scrawl would be ugly. He could see that when the inevitable ‘abortion-on-demand’ mindset of the then just-beginning ‘sexual revolution’ kicked in, the slippery downhill slide would commence in earnest and pick up speed.”

Tom explains: “At the time, Dad was not writing from a personal Biblical worldview perspective. The ‘legal, safe, and rare’ mantra that helped to give birth to Roe v. Wade in the first place seems somewhat laughably … and tragically … naive today. Dad feared the opening of Pandora’s (“unlimited abortion”) Box, and his fears have certainly been justified to the extent that today there are those among us who would now make it illegal (!) for a doctor not to provide an abortion for any reason when asked.”

He adds: “Dad has been gone for 35 years, and I’m only speculating, of course, but I don’t think there is much doubt where his sympathies would lie today in light of the fact that ‘unlimited abortion’ today in some states is not only ‘legal’ but now even ‘celebrated’ as a basic human right.'”

Dr. Graffagnino wrote an editorial called “The Doctor’s Lounge” in the Muscogee County Medical Journal. In this excerpt, he begins by describing his own acceptance of abortion, which was not unusual among doctors at the time. He then explains his concern that abortion was being promoted for other reasons than the ones he considered medical. He wrote:

At least half, and maybe more, of us who practice medicine have no strong feelings about abortion. If a woman wants to get rid of a pregnancy, we generally tend to be sympathetic. If there is a good, sound medical reason [such as to spare the life of the mother], we are willing to get involved and will see that it gets done; and we have done so in the past even though we had no true legal protection while doing it. But if the reason for wanting an abortion is one of convenience or economics, we shy away. We are especially disturbed and resentful now to be called upon to do abortions for social reasons while at the same time being asked to certify them as medically indicated.

In the April 1970 issue of Redbook, an article (“Abortion: A Startling Proposal”) by Dr. Michael Halberstam points out clearly why doctors do not like abortions. There is one vital reason. “Medicine is basically the business of life. … I am talking now of biological life as opposed to life that concerns the psychiatrist, the sociologist, the social worker — the life that has to do with the welfare of, say, the mother, the family or of the society as a whole. By the very nature of his training and function, the physician is committed to the preservation of life, biological life, regardless of its stage or quality. …”

I have heard people argue that the fetus is no more significant than the tonsils or the adenoids, and that there should be no more fuss when a woman wants an abortion than when she wants a tonsillectomy. Conversely, there is the attitude that the fetus has an immortal soul and that its willful destruction is murder just like any other. These views can never be reconciled, since they are matters of ethics and morality and consequently open to interpretation.

But “the biological facts about the fetus, on the other hand, are incontestable. (It is biologically alive.) The proper function of the physician in society is implicitly agreed upon by physicians and those they serve, and that function is to preserve biological life. If the time has come when our civilization’s sociological interpretation of fetal life has changed, it does not necessarily mean that the physician’s role has changed with it.”

The article also quotes Dr. Myre Sims of the University of Birmingham, England: “The doctor has regard for life. He has regard for fetal life. Society is now telling him that this life is expendable. He knows that if he falls in with this request he will not be much use to you as a doctor. He can be easily tricked into other decisions.”

He [Dr. Sims] adds that if general society feels that such action needs to be taken, it could “train crews of abortionists with no medical ethics, supervise them, license them, give them penicillin and so on, so that the job is done cleanly and quickly, and that would be society’s solution to the problem. But don’t dress it up. Don’t be sanctimonious about it.”

This discussion of abortion brings to mind an old, often told medical tale: Years ago an elderly obstetrician in Nashville was approached by his middle aged neighbor who found herself unexpectedly and distressingly pregnant for the eighth time. She asked for an abortion and tearfully pled that this was just one too many, that at her age she could not possibly survive another pregnancy and the rearing of another child.

The obstetrician was sympathetic and agreed whole-heartedly. “You certainly do have too many children,” he said, “and I don’t believe you could raise another one.” But,” he added, “your eight year old Johnny is the neighborhood terror and absolutely the worst child I’ve ever known. So why don’t we just do away with him and keep this new one instead? It’s bound to be an improvement.”….

As Dr. Halberstam indicates, it should be evident that abortion on demand is a sociologic, not a medical problem. At the very least, there is no need for doctors to give medical certification to these cases. If population control by means of abortion becomes a necessity, let’s put the curettes in the hands of sociologists and anthropologists who have the enthusiasm for it. But the old obstetrician had a point.

Dr. Sim’s warning that one step leads to another is valid. We could be tricked into creating new crusades by beating the drums for euthanasia, for the elimination of all misfits, criminals and no good citizens, and if we throw in all our rabid social engineers and a few politicians, population might be able to balance itself without abortions unlimited.

Dr. Peter Graffagnino was an ob/gyn who for many years edited his county’s medical journal. Born in 1916, he served in the Army in World War II. While serving in Italy, he stayed with wounded men as the Germans moved in and the Americans retreated. The Germans imprisoned him in Poland. After his release, he suffered extreme post-traumatic stress disorder and what he called a “break with reality.” You can read his story of his war experiences and his healing in Dr. Graff Remembers: World War II Reflections.