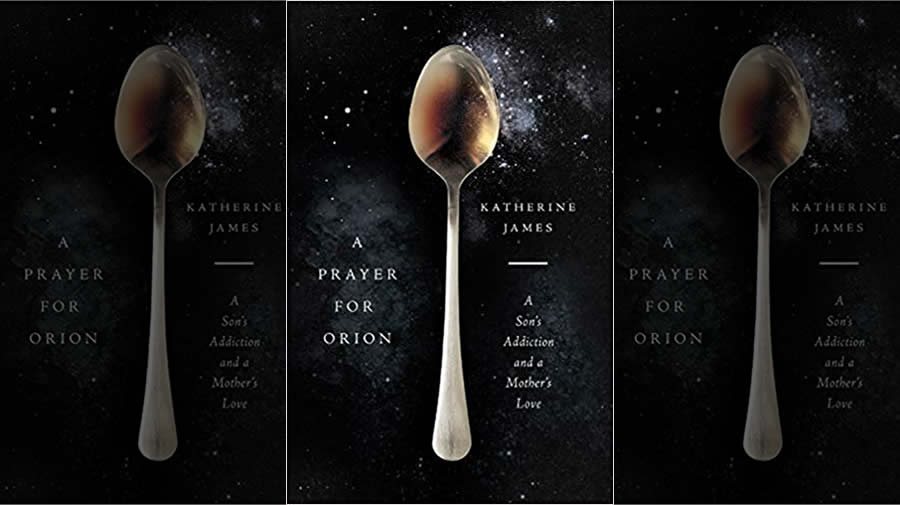 Her son was blue and he wasn’t breathing. That’s when the floor dropped out from under her.

Kate and her husband had just found their 18-year-old son in his bedroom overdosing on heroin. “I just felt like, ‘Where’s God? He can’t possibly be real with this happening.'” She believed her son had been clean. She’d just been praising God for what He’d been doing in her son’s life.

Now he was dying. “That’s it,” she thought. “I can’t believe in God anymore.”

I’ll Believe For You

The EMTs came and began working on her son. In the middle of the chaos, Kate’s husband walked over to her and looked her in the eye. “Don’t worry. I’ll believe for you.”

Kate James’ book, A Prayer for Orion: A Son’s Addiction and a Mother’s Love, was released in late January, 2020. A Prayer for Orion shows a young man’s heroin addiction, redemption, and a mother’s unconditional love for her child. Writing the memoir “just kind of happened,” Kate told The Stream. “We felt like it was just God calling me to do it.”

Kate’s son, whom she calls “Sweetboy,” was in middle school when he began smoking marijuana. Eventually, he graduated to harder stuff. One day, Sweetboy had something to tell his parents. His dad sensed it was about drugs.

“What are you doing?” he asked. “Heroin,” Sweetboy said. “No!” Kate screamed. Although they wanted to send him to rehab, they knew he’d just run away, as he’d done before. Kate’s story details how Sweetboy kept relapsing and how she and her husband grieved over it.

God intervened when she began to doubt. “He knew what was going on with me and, sure enough, I was able not only to come out of that and believe God again, but to see how magnificent He is.” Even if Sweetboy didn’t recover, she felt peace. God is in control. It would be okay.

She also went to the Bible. “I just know that when I do go to the Scripture, when I go to God, I have a new heft to my faith.” She eventually came to a place where she could say that even if God allowed the worst to happen, it was going to be okay. “There’s a certain eternity to my faith that I didn’t have before.”

The Years the Locusts Have Eaten

Kate held onto Joel 2:25: “I will restore to you the years that the swarming locusts have eaten.” She also held onto the revelation that the Bible is all about healing and restoration. “The God of miracles who can make camels go through the eyes of needles can also redeem years of pest-eaten fields that produced nothing. … He wants to redeem every day that drugs have taken from a life; the lost happiness and relationships and growth.”

Even though God wants to redeem situations or circumstances, that doesn’t mean the Christian’s life will be easy. “Thankfully, I knew what it’s like to walk by faith. I knew enough to know that for a person who walks with God, it doesn’t mean that all of a sudden everything’s gonna be great.”

Not a Dead-End Story

“Pray, pray, pray, pray, pray,” Kate tells parents who have found out that their child is using drugs. Then, find a support group, people that you feel are safe to talk to. She recommends a Christian support group. “We did go to one that wasn’t. … I think that they’re a blessing to a lot of people, but for me it was discouraging. I just felt like all these people had these horrible stories and they didn’t have any faith.”

Kate’s “too weak” not to believe in God. “I don’t know how atheists can stay sane as they watch their child spiral into a metaphorical abyss,” she explains. “Watching a child doing heroin is like watching a slow suicide, like watching them slice their wrists in slow motion, involuntarily pulling out a needle over and over like they’re pulling out a knife only to stab themselves again.”