A New Perspective: Diamond and Silk Discuss Their New Book, the Election, and What It Means for America 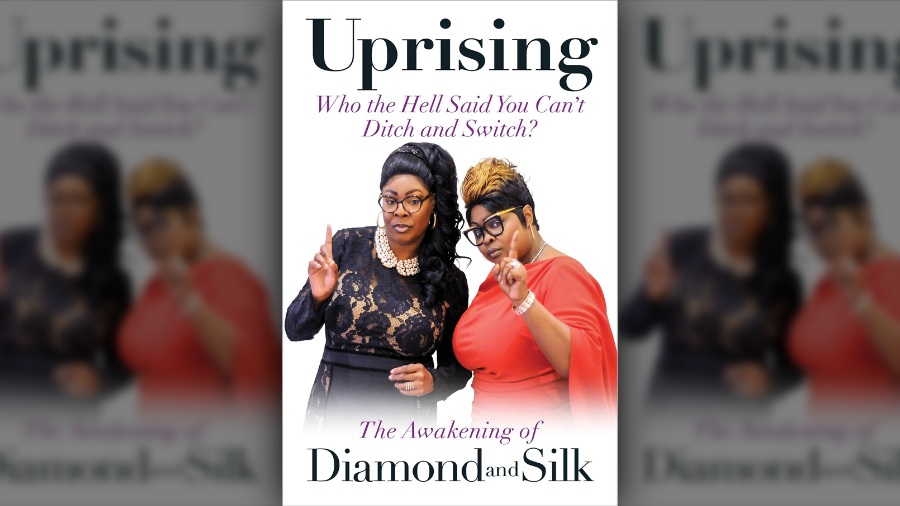 “There never would have been a president Donald J. Trump had Democrats done right by America, including black America,” Diamond of conservative African American sisters Diamond and Silk told The Stream. “They never do right by black America. They say what they’re going to do and do nothing.”

Black America is waking up to realize that Democrats only come out when they’re vying for black votes. “They are liars and black America is starting to realize that. So their only hope is Trump, it really is. He is a champion for black people because out of all of the presidents in our lifetime, he’s the only one that’s done more for black people than any other president that I’ve seen.”

The sisters have been stumping for Trump since 2015. People have been asking “Where did these girls come from?”

Now in North Carolina, Diamond and Silk spent much of their lives in Detroit, Michigan. They both became pregnant as teenagers but refused to get on welfare. The sisters worked their way up in their jobs, eventually finding employment at the same factory. They both graduated from beauty school. In 2014, after watching the Wendy Williams Show, they decided to start a podcast to call her out on what they felt was a mistake she’d made and failed to address. Over time, the podcasts were going viral and news outlets wanted them on for interviews.

Then one day Diamond and Silk received an invitation to attend the GOP debate in Wisconsin. They were able to meet then-presidential candidate Donald Trump and later met Eric and Lara Trump. Diamond and Silk even spoke at some of Trump’s campaign events. They later decided to write a book about their experiences.

“So we decided to write a book about who we were, about our upbringing, why we think the way we think,” said Diamond. Their new book, Uprising: The Awakening of Diamond and Silk, released late last month. The ladies address how they entered the political arena, censorship on social media, liberal ideology and even coronavirus.

They didn’t just write the book for conservatives. “We actually found that there is an uprising going on in the underground,” said Silk. “A lot of people want something different … they’re hungry for something they’ve been yearning for. And in this particular book, I believe Diamond and Silk do that because we showed them a new perspective and a new way of looking at things.”

It’s that perspective that is angering the left. “That’s the reason why you have a lot of these people, especially with social media, trying to censor Diamond and Silk, because they don’t want the truth to get out about their nasty past,” said Silk, “And their nasty narrative that they’ve been pushing on the black community for years. And when I say ‘they,’ I’m talking about the Democrat party.”

One social media platform has changed their terms and services to highlight discrimination against conservatives. Diamond explains:

This is what they said: ‘Effective October 1, 2020, Section 3.2 of our terms and services will be updated … We also can remove or restrict access to your content services or information if we determined that doing so is reasonably necessary to avoid, or mitigate adverse legal or regulatory impacts to Facebook.’ Now, what are you saying? Because that alone, we don’t understand it. And why are you doing it October the first — some [30] days before the election. … This is my humble opinion, that conservatives are going to be targeted. And if they determine that your information is not up to their liking, then they’re going to be able to restrict access to your content.

But censorship won’t stop the duo. “Let me tell you something,” said Diamond. “Diamond and Silk ain’t going nowhere, ’cause we [are] always going to have something to talk about. We love this country. We’re very patriotic. We love our flag, so we stand for it. And we love the president of the United States. So we’re going to continue to speak out on issues, talk about our great country and steer people to be more pro-America. Be for America than against America. That’s what we’re going to use our voices for.”

What People Should Know About the Election

“I want people to know that if they don’t vote right they will get left,” said Diamond. “This election is the most imperative, the most important election of our lifetime.” She explains that the left is pushing anarchy, socialism, communism and wants to defund the police. She says it’s just crazy. “We weren’t born into slavery. … We were born free. And so, when I see the left trying to push this foolishness down the throats of America, particularly black America to keep us stuck in the pain of our ancestors and telling us that we need to go along with an organization called the black life matters … we don’t know nothing about [slavery].”

Diamond said that people from Cuba and Venezuela come to America, they come because the “greatest country on earth” is a place to escape socialism and communism. But if the left-leaning radicals push chaos and confusion down the throats of the American people, we’ll have no where to go. “We’re the greatest, so where are we going to run to? So, as patriots, as black Americans … we have to stand up and say, ‘Wait a minute. Enough is enough. We were born free. Our ancestors built this, and I’ll be doggone if we [are] going to allow anybody to tear this down.'”