We need to win black Americans away from the Left forever. 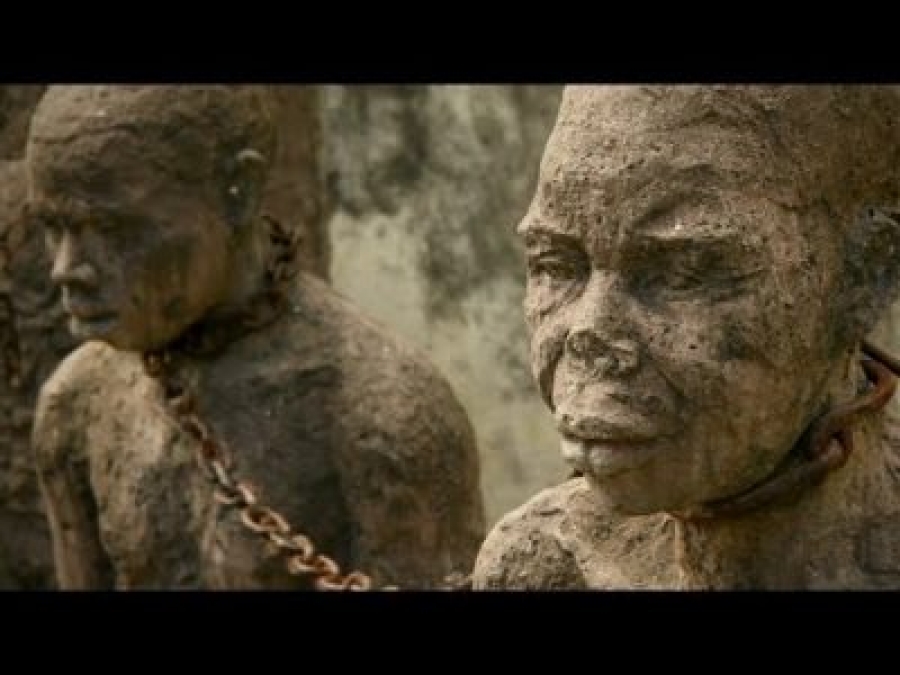 A false religion is abroad in the land. It threatens to wreck our country, erase our borders and replace Christian faith in our churches. It has already claimed control of most humanities and social science departments at even religious colleges. Its clunky jargon clogs up our magazines and news shows. Its dangerous principles are infusing new legislation. It must be stopped.

I speak of intersectionalism. Put briefly and bluntly, it’s Marxism rebranded. As it turned out, working people (the “proletariat”) want nothing to do with Marxism. From Poland to Peoria, history proved that there is virtually zero support for Marxism among real-life workers.

So intellectuals still hooked on an apocalyptic cult founded by an incompetent economist regrouped and repackaged it. They forgot about “oppressed” workers. Instead, they decided to reach out to members of “marginalized” ethnic and sexual groups. To create what Steve Sailer called a “coalition of splinter groups.” To unite pretty much everyone against a single, selected villain: straight white males.

That’s why it’s okay on social media and at universities to talk about SWMs with the hatred that Nazis once saved for Jews. Fittingly, many Cultural Marxists also show hatred for Jews, under the pretext of “justice for Palestinians,” for whom of course they don’t really care a fig.

Intersectionalism is a religion based on group resentment, envy, hatred, and hunger for power. It apes the redemptive structure of Christianity, helping it to infiltrate and corrupt even faithful churches. I explain how it seduces the soul here.

If you see a lynch mob coming, you’d better find ways to divide it. To turn its various members against each other, maybe even win some of them to your side. And we could use the issue of reparations as a wedge to shatter the left.

As of now, the claims of black Americans are getting buried by the left. These people whose ancestors were enslaved, and then segregated and excluded by the U.S. government, are now lumped in with:

This is objectively a moral outrage. It’s also a political opportunity.

Historical Justice Is Not Marxist Vengeance

We must separate those with real moral claims against the U.S. government (Native Americans and some black Americans) from the rest of the intersectionalist mob, which is hungry for unearned power and privilege.

For decades, the open-borders wing of the GOP pretended that low-skill immigrants from Latin America were natural recruits for the Republican party. That hasn’t worked out, in any state. It doesn’t seem likely to. At the same time, GOP elites ignored working class native-born Americans, both white and black. The likes of Karl Rove promoted trade and immigration policies which harmed both groups, and stupid foreign wars that got them killed. It was the genius of Donald Trump to spy out another way.

But we must take Trump’s outreach to working class whites, and expand it to include American blacks. Yes, we need to recruit them as part of the nationalist coalition that defends American sovereignty, working class jobs, unborn life, and religious liberty.

We all know that mass low-skill immigration hurts black Americans. Put a few vodka martinis into a Chamber of Commerce type and he’ll admit it. The purpose of mass immigration is to ensure that nobody ever has to hire a working class black American again.

We all know that mass low-skill immigration hurts black Americans. Put a few vodka martinis into a Chamber of Commerce type and he’ll admit it. The effect of such mass immigration is to ensure that nobody ever has to hire a working class black American again. That needs to change.

Want a bitter irony? At the very moment we used the Civil Rights Act to admit the descendants of slaves, and victims of Jim Crow, into the American mainstream, we poisoned it. Consider what else America did in the 1960s, right after the Civil Rights Act:

One conservative black minister I know thinks that all of the above was an outright conspiracy against American blacks. I don’t go that far. But ask yourself a question. If U.S. elites had been planning to keep blacks poor and marginalized for another 50 years, how would their policies look any different?

Reparations from the Right

So here’s my plan: Craft an omnibus bill that includes some form of expansive reparations for black Americans who can prove their descent from slaves. It should include (as Alan Keyes suggested) a ten-year exemption from all income tax. We should also offer full exemption from payroll taxes. Unless it’s necessary to sell it, the bill should not entail outright cash gifts. We don’t want to replicate the debilitating effects of the welfare state. But generous small business loans could well be part of the package. Likewise free tuition for private, parochial K-12, and trade and professional schools, and free college tuition for any STEM major. (But no other majors.)

Then as part of the same bill, we should reduce the number of low-skill immigrants admitted to the United States to zero. That’s right, zero. What’s the point of lifting black Americans up with one hand, while pressing them back down with another? Of course, to enforce this policy, we must indeed build a wall, and impose E-Verify on every employer in America. Those who hire illegal aliens need to face real prison time.

Ideally, such a bill would also impose concealed-carry laws on crime-ridden, (mostly Democrat-run) big cities. Black Americans need the Second Amendment more than most people, to defend their lives and property. Why should the only people who are really safe in America be those who live in privileged white neighborhoods? Or who can afford private security details, like Michael Bloomberg?

Next, the same bill should revise the U.S. Civil Rights Act. It should make the only protected classes in America the two groups our government persecuted for centuries: Native Americans, and black Americans. Only those groups should be eligible to make anti-discrimination claims, and both should benefit from generous affirmative action. For every other group? We return to the classic American principles of free association and contract. Single-sex clubs, male-led sports, and any number of institutions blighted by feminists free-riding on genuine black suffering, would benefit. Blacks would gain a crucial, and well-deserved advantage, instead of being lumped in with other alleged “victim” groups.

So what’s the moral principle here? That America is about freedom and opportunity. Not a massive government devoted to forcing equal results. That our government looks out for its citizens, not strangers. And that we as a nation are willing to right historic wrongs, such as slavery and Jim Crow. But we are not going to embrace the Marxist principles of Intersectionalism. We will not engage in a war of all against all.