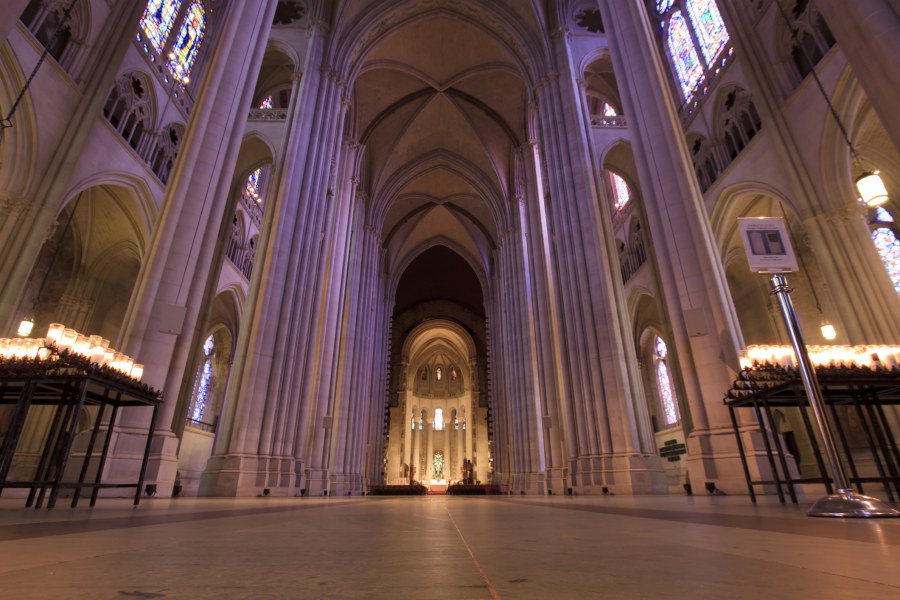 The interior of St. John the Divine, the Episcopal cathedral in New York City.

The cooperation between the liberal Episcopal cathedral and the Evangelical ministry would have been little short of miraculous. But culture wars derailed it.

Samaritan’s Purse already had opened medical tents in Central Park. (It has also set up one in Cremona, Italy.) Mount Sinai Hospital asked if the ministry would help to place other tents inside the massive space of the Cathedral of St. John the Divine.

Only days later, the two decided not to proceed with the plans for a field hospital. They citied a decreased need for such care. The field hospital at the Jacob Javits Convention Center was far below capacity.

Clifton Daniel III, dean of the cathedral, told The New York Times that he offered the cathedral’s space in March.

Daniel and Samaritan’s Purse’s longtime CEO Franklin Graham stand at opposite ends on the question of gay marriage, and many other issues. Across the decades, the cathedral has made its worship space available to a circus, displayed a crucifix that depicted Jesus as a woman, and celebrated a St. Francis liturgy that invoked ancient Egyptian gods.

Both Daniel and Graham agreed that compassion overrides their considerable disagreements about Christian doctrine. “I don’t agree with their position on Muslims and gays and a number of other things, but I am willing to work together with them to save lives,” Daniel told the Times. “I feel like it is sort of like the steward on the Titanic as it is sinking — now is not the time to count the silverware, you have to get people into lifeboats.”

Nevertheless, skeptical responses arose from the cultural left. After Samaritan’s Purse established its work in Central Park, Mayor Bill de Blasio pledged vigilance to assure that it would not discriminate based on patients’ sexual lives. The city’s attorney general declared her office would watch the ministry to “ensure discrimination does not occur.” Pundit Jonathan Merritt wrote that New Yorkers were right to be skeptical about the presence of Samaritan’s Purse.

The New York Times reported: “behind the scenes, Episcopal leaders said they were upset by the role played in the project by Samaritan’s Purse.” Its understanding of LGBT matters “runs counter to that of the Episcopal Diocese of New York.”

Whitney Tilson, a member of Central Synagogue, encountered similar responses when she asked her fellow congregants to donate boots for a Samaritan’s Purse hospital in Central Park. “I tend to be a pragmatist,” said Tilson told Ari Feldman of Forward. “I’ll have the ideological discussions with them later. If they’re here saving my fellow New Yorkers’ lives, and not even asking to be paid for it, then I will absolutely help them do that.”

It takes an exceptionally ungenerous imagination to think that Samaritan’s Purse presence in New York is driven by a desire to deny medical care to anyone.

Perhaps these abandoned plans were inevitable. “Do not be unequally yoked with unbelievers. For what partnership has righteousness with lawlessness?” Paul wrote in his second letter to the Corinthians, long before sexual identity became the core doctrine of some liberal churches.

Still, I had hoped that a joint civil project of compassion and mercy was possible amid such a fraught time of widespread death and fear.

Douglas LeBlanc, a veteran religion journalist, lives near Charleston, S.C. His last article for The Stream was A Tribute to Rush Limbaugh, Grating and Good-Hearted.