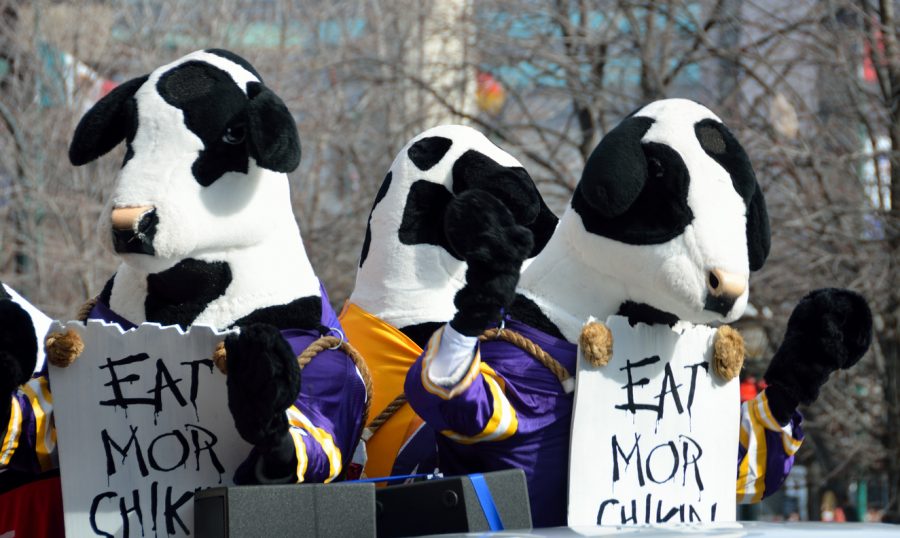 I’m still getting used to this. For years, every time I have seen a Chik-fil-A sign or commercial, I felt a warm, happy glow. It reassured me deeply that a powerful, profitable company was standing firm. That its founders felt … free as Americans to follow their conscience. Its growth and success in the face of boycotts, government pressure, and media lies made me feel a good deal safer. Perhaps this sounds grandiose, but those silly red signs were like shoots of green in the frozen land of Narnia (“always winter, never Christmas”). They reminded us Aslan still lived.

No wonder the Witch-Queens were so eager to rip them up or freeze them.

Now each one of those signs isn’t just neutral. It stands like a propped up skeleton of one of our dead soldiers, hung up to remind us who is in charge. The Witch-Queens, that’s who. Always Halloween, never Christmas.

We Can’t “Know Our Place,” Since We Won’t Have One

As I noted in my last piece, on race-baiter Nick Fuentes, the new intolerance lobby doesn’t just want to segregate and humiliate Christians. If it did, it would scornfully leave us our non-organic restaurants and less prestigious colleges. It would scoff at the people in Bible churches and Red States. It would let them choke on their Bibles, guns, and religion, while bi-coastal elites basked in the glories of their brave new godless world. That’s what white racists mostly did to black people during Jim Crow days. They used violence and wicked laws to “keep them in their place.” But at least it was a place.

This is different. And worse. Not since some white elites schemed to deport all the freed slaves to Africa has any group of U.S. citizens faced what the LGBT lobby has in mind for Christians.

Chick-fil-A caving to pressure, and abandoning the Fellowship of Christian Athletes and The Salvation Army sent a message all right. Not even a massive, profitable restaurant chain that millions of Christians rally to support can weather the storm. Governments, schools, elites, and the media will harass it, the lesson goes, and eventually it will surrender. “Resistance is futile,” our Borg informs us. “You will be assimilated.”

What was The Salvation Army’s thoughtcrime, by the way? Was it keeping homosexuals out of its homeless shelters or soup kitchens? Far from it. The SA even set up special facilities to cater to homeless homosexuals who feared harassment. No, the City of New York charged The Salvation Army with what is now (God help us) a real crime: discrimination based on “gender identity.” It wouldn’t let biological men barge into women’s shelters and restrooms based on their claim that they identified as women.

“Resistance is futile,” our Borg informs us. “You will be assimilated.”

Imagine if Eddie Murphy, in his salty way, had predicted during a routine back in 1990:

Someday, the government’s gonna say that tranny hobos get to sleep next to genuine lady hobos at The Salvation Army. And fried chicken restaurants are gonna be too scared to give the Salvation Army money anymore. And all the Democrats are gonna support that.

I doubt we would have believed him.

Already, the aggressive Darwinism and explicit sex education make public schools useless to us, in large parts of the country. That’s okay, we can segregate ourselves in our own Christian schools. But now the government’s coming for them. (Remember how California came within a hair’s breadth of forcing Christian colleges to abandon biblical values on sex inside their dorms?) Even segregationists didn’t try to close down all-black colleges. You have to go back to slavery days for a parallel, to the places where slave-owners banned ministers from teaching the bible, or reading skills, to slaves lest they “get ideas.”

Christian businessmen face legal charges if they won’t help out with same-sex “weddings.” I don’t think the nastiest white racists in Jim Crow-era America objected to black businesses serving black people, in accordance with their own mores and values.

It really was disgraceful that white restaurants banned black people. But even white racists didn’t try to harass or ban black-owned restaurants that catered to black folks. That’s exactly what the LGBT machine did to Chick-fil-A, till it caved.

Even segregationists didn’t try to close down all-black colleges. You have to go back to slavery days for a parallel.

The new intolerance lobby doesn’t just want to segregate and humiliate us. It wants to eliminate us. Instead of telling us to suck it up and accept a second-class status, the Big Gay Machine demands something worse. The price of peace is violating our consciences, imperiling our salvation. We must burn incense before the great god Sodom.

If They Win Next November

And if the moneyed, secular elites manage to crush us, for instance by winning the election next November? They’ll be sneering at us with all the same venom as Nick Fuentes. (They answer to the very same principalities and powers.)

Some of these people might feel free to punch us as “Nazis.” (Remember CNN’s Reza Aslan’s public fantasy of smashing teenage Nick Sandmann’s face?) Or even to act like Floyd Corkin, who believed the Southern Poverty Leadership Center that the Family Research Council was a hate group. So he marched into its headquarters with a gun planning to kill everyone on site. And in his knapsack were Chick-fil-A sandwiches, which he planned to rub all over the faces of the dead.

What would the next shooter bring? Will there even be any products recognizably linked with Christians for his use profaning their corpses?

See Part One of this analysis here.