A Dispatch from the Bananas Republic 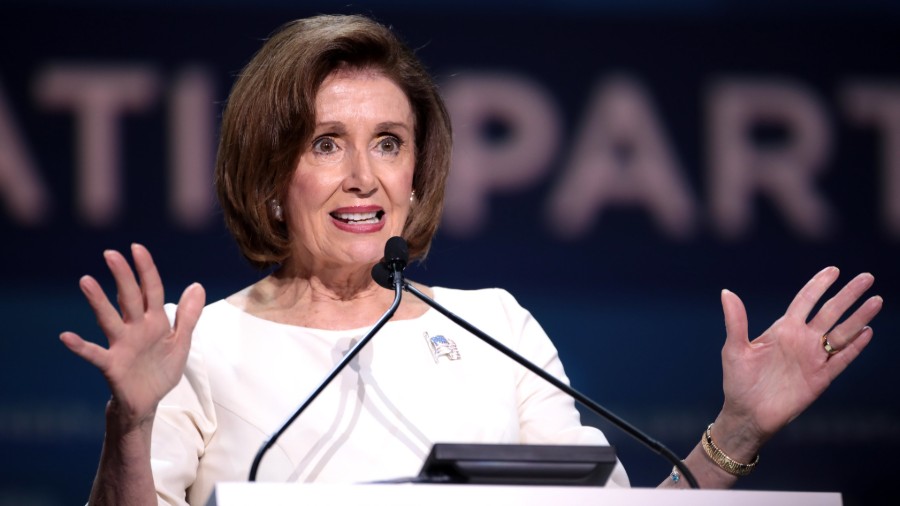 We now live, as I wrote yesterday, in a Bananas Republic. That is, all the corruption and oppression of a banana republic, inbred with outright insanity.

In this dispatch from our Bananas Republic, we go from the floor of the House to the far away land of Uganda.

Impeach … with a Side Order of Hypocrisy

Wednesday in the House of Representatives, Democrats who couldn’t be bothered for months to assist American struggling from the COVID shutdowns raced to impeach President Trump. No hearings. No investigation. Just a scant debate and vote. Usually, you don’t see Pelosi move this quick unless there’s an open bar.

In the process Pelosi’s turned the once somber and serious impeachment process into the political equivalent of a pop-up rave. Little notice. Deafening noise. Lots of flash. Hopped up bodies swirling and twirling left and right. Signifying nothing.

During the hearing, Republican Rep. Louis Gohmert of Texas set off a firestorm by saying, “I just don’t even know why there aren’t more uprisings all over the country, and maybe there will be.” OMG! Screamed the media and Twitterverse! He is inciting more violence! Insurrection! Where’s the hangman’s noose!?

Except Gohmert was directly quoting one Nancy Pelosi from 2018, to highlight Democratic hypocrisy.

Impeach … With Fang Fang for Dessert

In a Banana Republic, the most mediocre of politicians can rise if they brown nose the powerful and prove to pose no threat. In a Bananas Republic, you can sleep with the enemy, and you’re rewarded with a nicer bed.

Guess who was standing right behind Nancy Pelosi today? None other than California Rep. Eric Swalwell.

“Trump was in bed with the Russians!” From the guy who’d literally been in bed with a Chinese spy.

Fang Fang hung around Lover Boy for years. And it wasn’t for his charm and wit. What secrets ended up in China’s hands? The same China that the Director of National Intelligence says interfered in our election.

Yet, Trump was impeached for insisting the 2020 election was interfered with. On a day Texas indicted a San Antonio woman for running a massive ballot harvesting scheme in the 2020 election.

Guess who else was a House Impeachment Manager? Democrat Jim McGovern of Massachusetts. You know what he was doing January 6, 2017? Objecting to the Trump electors.

Doing exactly what Congressional Republicans are being called domestic terrorists for doing.

But “Do as I say, not as I do,” is really a thing for the new Big Tech State.

Twitter, as you know, is on a purge of conservative voices bordering on the maniacal.

Ahead of the Ugandan election, we're hearing reports that Internet service providers are being ordered to block social media and messaging apps.

We strongly condemn internet shutdowns – they are hugely harmful, violate basic human rights and the principles of the #OpenInternet.

Earlier this week, in close coordination with our peers, we suspended a number of accounts targeting the election in Uganda.

If we can attribute any of this activity to state-backed actors, we will disclose to our archive of information operations:https://t.co/GB71n4avwm

It gets even more amusing: Said Twitter from its high horse on the Kasenyi Plains: “Access to information and freedom of expression, including the public conversation on Twitter is never more important than during democratic processes, particularly elections.”

Access to information and freedom of expression, including the public conversation on Twitter, is never more important than during democratic processes, particularly elections.#UgandaDecides2021 #KeepItOn https://t.co/Q2SJfsFUiD

So the same Big Tech giant that blocked internet stories about Hunter and Joe Biden’s Chinese payoffs before the election, and is purging Trump supporters by the tens of thousands for moaning about the election, is now singing the virtues of an “open internet” and freedom of expression during elections.

As Tucker Carlson noted Tuesday night, the lack of self-awareness is astounding.

As someone suspended from Twitter, I say, “Why can’t I be part of the ‘public conversation’?!”

How bananas? Uganda is standing up to Twitter and the American political class isn’t.