A Time of Faith and Friendship 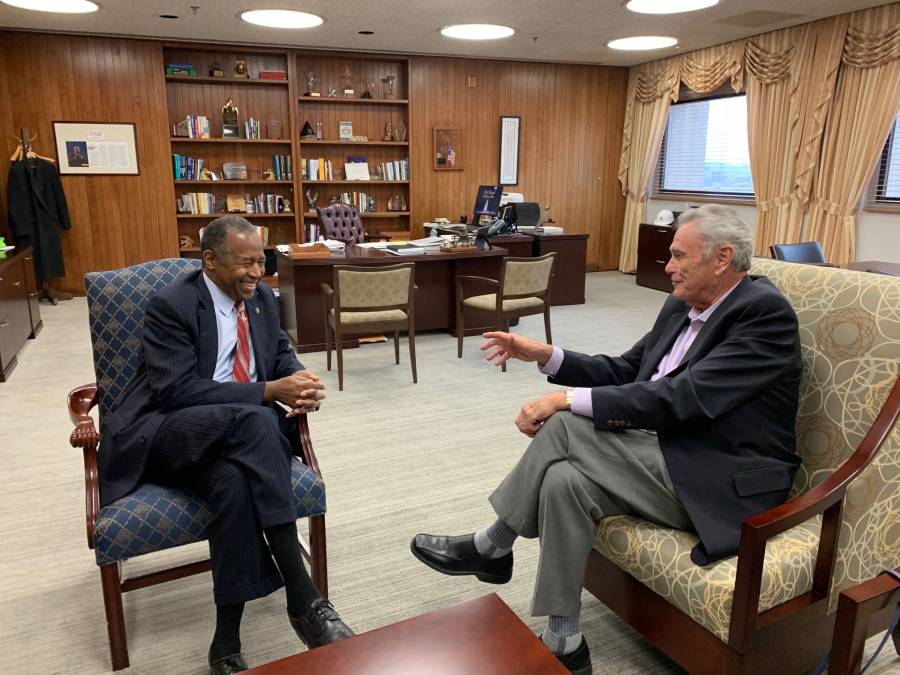 Amid the hustle and bustle of the holidays, Horowitz Report and the House Democrat’s impeachment hubbub, members of the White House Faith and Opportunity Initiative met up in Washington, Thursday. The Stream’s James Robison was there. He said, as they often do, members had an opportunity to meet with — and pray with — President Trump.

They prayed for his safety, and that of his family, and prayed that he would continue to seek God’s wisdom and guidance concerning our national challenges.

Trump announced the creation of The Faith and Opportunity Initiative on the 2018 National Day of Prayer. Paula White joined the White House staff in October to oversee the initiative. Its purpose is not just to acknowledge the “vital role of faith” in families, communities and the nation. It’s to foster practical policies that strengthen those families and communities. This includes protecting the liberty of faith groups and providing religious organizations fair access to offer compassionate assistance to people in crisis, even though government funding is part of the process.

One element of the initiative is providing policy recommendations from faith-based and community programs on “more effective solutions to poverty.” No one is pushing harder on that front than Robison’s longtime friend and current Housing and Urban Development Secretary Dr. Ben Carson.

On Friday, Robison got a chance to sit down with Secretary Carson at his HUD office. Carson shared his enthusiasm over the good things happening in urban areas thanks to Trump administration policies. For example, just before Thanksgiving, Carson launched an effort to eliminate regulatory barriers to affordable housing and a new incentives package for purchase or rehabilitation of single family properties in Opportunity Zones.

Secretary Carson is the one who encouraged meetings between President Trump and Rev. Robison. Secretary Carson told Trump during the 2016 primary campaign as he was giving Trump his endorsement, he wanted the billionaire businessman to agree to meet with Robison for at least an hour. It began with an hour-and-a-half meeting that led to three-and-a-half years praying together for the wisdom that comes from above.

During their chat, Carson and Robison reflected on what they’ve seen watching and working with Trump. Carson said, “I’ve never seen anybody so committed, working so hard and determined to help every American in every positive way possible.” Robison noted how Trump has been responsive to the concerns of the faith community and has accomplished so many things that Christians feel are beneficial to those who need meaningful assistance.

Neither man could recall a single instance when either the president or anyone in his family expressed any personal interest in their own future but always in the safety, security and well-being of others.

Secretary Carson’s wife Candy joined in their time together. And while Secretary Carson is not allowed to ask his government staff to pray, Robison was happy to gather the Carsons and willing HUD staff, and together they prayed. Prayed for the Lord to help them help lift up those in our country who really need assistance.

It was time well spent in the nation’s Capital.

We pray that Secretary Carson and his HUD staff, partnering with faith groups and private enterprise, can continue offering a hand up to those in need. Practical paths to homes and opportunity. We pray also for the president to continue seeking God’s counsel, guidance and protection, and that his White House Faith and Opportunity Initiative will prove a blessing to our nation.