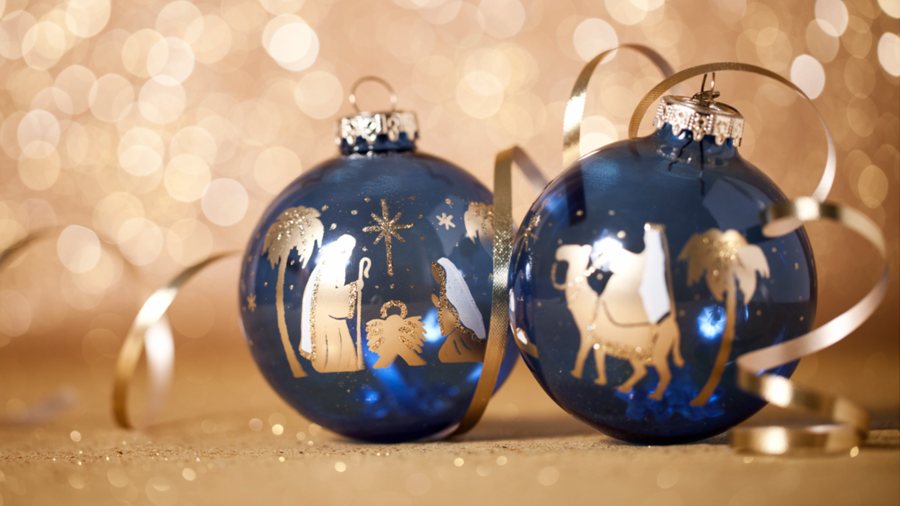 In just a few short days, hundreds of millions of people from around the world will once again celebrate the birth of the long-awaited and prophesied Christ Child — the babe born of poor, unmarried parents in an animal’s manger in a world filled with confusion, fear, and violence.

I am always in awe of the magnificent tapestry of God’s love for mankind as told by the Holy Scriptures. The details of the Scripture are rife with symbolism and intricacies that only the Divine could weave.

A Tapestry of God’s Love

The Christmas story, as told in Luke chapters 1 and 2, contains the details of the birth of Christ in a consecutive order. This is different than the other books’ renditions, perhaps because it better fit the storytelling style of Luke, a physician. Luke speaks of the role of Gabriel in announcing Mary’s condition, his attempt to calm Mary’s fear and dismay, and his explanation of other miraculous births, citing the pregnancy of Mary’s aging barren cousin Elizabeth.

I am always in awe of the magnificent tapestry of God’s love for mankind as told by the Holy Scriptures.

Immediately upon Gabriel’s departure, Mary goes to the hills to find her cousin, Elizabeth, whose hideaway protected her from the talk of the village. Mary needed to see for herself that the elderly Elizabeth was indeed pregnant. And, upon seeing Mary, Elizabeth feels her baby “leap with joy” at the presence of the Messiah in Mary’s womb. Even in utero, according to Luke 1:41-44, Jesus’ cousin, John the Baptist, knew Him. Mary was just told of her condition, the babe was barely grown enough to cause a bulging belly, yet His cousin, six months formed in his mother’s womb, “leapt with joy!”

The tapestry of Scripture unfolds in a most unusual way with the most miraculous story of the pregnancy of Mary, followed by a trek to an unknown town with many denying the Christ child access to shelter, even before His birth. Joseph and the laboring Mary were left with no other option than to give birth to the King of Kings in a stable. Animals surrounded the young family and their feeding trough served as the bed for the Prince of Peace.

And despite this quiet, unheralded birth of the Savior of all mankind, the heavens took part and shone a star of a most unusual proportion to guide both the poorest of poor and the richest of rich to the stable, if they would only follow it and believe.

Today, in a world not so unlike the world of Jesus — as confusion, fear and violence abound — Jesus’ quiet invitation to follow Him is available to all — the poorest of the poor and the richest of the rich and all of those who are weak and heavy laden. He loves us all and loves us enough not to force a relationship but to invite us to a relationship with Him, so that we can understand the Father who sent Him.

It can be easy to be distracted from this invitation. As another year comes to a close, we tend to stop and ponder during this holy season our accomplishments for the year. Were we good parents? Were our kids healthy and happy? Were we successful? Did we make enough money to cover our bills, save for the future, and enjoy life? Did we go on vacation, buy our dream house, purchase a new car? Were we good friends? Were we good employees, and did we turn a profit in our business or get to the right rung on the corporate ladder? Did we renew our health, start an exercise regime, eat better foods? What about our education? Did we take some courses or read life-changing books? Our minds review the year over, taking inventory on accomplishments and making promises for the new year — all in an effort to live better, do better, be better.

Despite all these valuable questions, have we answered the most important question of all: will you accept His invitation once again? Will you renew your relationship with Christ this Christmas season and find the peace that will only come from Him?

I rest my soul in His hands and wish you the most blessed of Christmas seasons.

Patti Garibay is founder and executive director of American Heritage Girls, (AHG, www.AmericanHeritageGirls.org), a national Christ-centered leadership and character development program. For more than two decades, AHG has been at the forefront of countering the culture by leading girls and women to creating lives of integrity. Patti is the author of Why Curse the Darkness When You Can Light A Candle?, a story of trust and obedience to inspire those who desire to make Kingdom impact yet struggle with the fear of inadequacy.