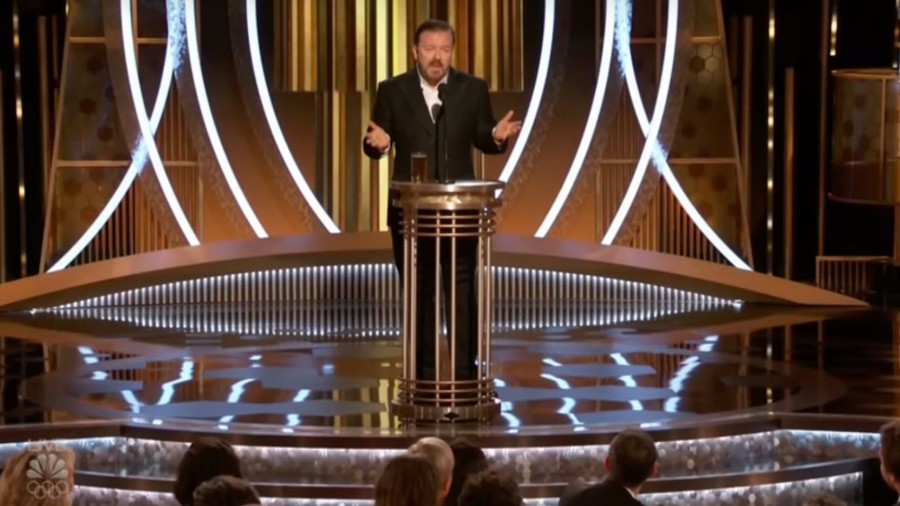 By now practically everybody’s heard how Ricky Gervais roasted celebrities at the 2020 Golden Globe awards. To say he called them out as hypocrites would be putting it mildly.

Among his illustrious critical remarks were some about climate-change hypocrisy that celebrities display every year.

What’s so special about that? Well, right-wing media and climate realists often point out the vast gap between what celebrities preach and what they do. But no one hosting an Oscar or Golden Globes event has ever called out celebrities for their climate hypocrisy — certainly not in front of them.

“But you all look lovely all dolled up. You came here in your limos,” he began, alluding to the fact that the celebrities travel in high-emission vehicles despite asking the world to abandon even ordinary cars.

As Gervais made so explicit, most actors know next to nothing about climate change.

Gervais finished off swinging hard: “So if you do win an award tonight, don’t use it as a platform to make a political speech. You’re in no position to lecture the public about anything. You know nothing about the real world. Most of you spent less time in school than Greta Thunberg. So if you win, come up, accept your little award, thank your agent, and your God.”

He hit the nail right on the head.

What Do Celebrities Really Know?

Today, too many people treat celebrities like demigods, as if they were some sort of wisdom vending machine.

Some — like Leonardo Di Caprio, who starred in National Geographic’s movie Before the Flood, an effort to whip up climate alarm, but who have a hard time showing they’ve actually done anything to curb global warming — use their fame to propel climate alarmism, a common view among liberal politicians, mainstream media, and celebrities that the world will end soon because manmade global warming.

But what do the celebrities really know? Anything? Okay, anything other than how to memorize lines and act like people they aren’t?

Don’t get me wrong. Some actors are also real scholars. But of 29 examples listed here — in neuroscience, medicine, law, astrophysics, zoology, history, mathematics, engineering, biology, among others — most aren’t household names. And those who are? They’re more likely to have degrees in acting, education, or fine arts than the more exacting fields.

As Gervais made so explicit, most actors know next to nothing about climate change. Some probably left school or college for an acting career (nothing wrong with that!), just as Greta Thunberg left schooling for activism. A nice way for the privileged few to get rich or famous (Kids, don’t try this — your odds stink!), but not exactly the high road to scientific, economic, or even political wisdom.

Not that a layman can’t understand the broad aspects of climate change. But without serious study, people aren’t likely to have expertise on science or public policy, particularly if they haven’t gone beyond college.

“Sacrifices in Our Own Lives”

Even worse than their self-assured but largely ignorant pronouncements is their hypocrisy. They fly on private jets, generating super-high greenhouse gas emissions per person per mile — and then they scold us all for buying tickets on commercial airliners, with much lower emissions. They ride around in stretch limos getting 10 miles per gallon — and then admonish us for driving SUVs that get 20 or sedans that get 30.

Joaquin Phoenix, who won the best actor award, made the point: “It’s great to vote, but sometimes we have to take that responsibility on ourselves and make changes and sacrifices in our own lives. I hope that we can do that. We don’t have to take private jets to Palm Springs sometimes, or back, please.”

Don’t get your hopes up, though. The stars sat there, dressed to the gills, flaunting all their wealth and fame, but uncomfortable, silent, awkward — like the kid caught with his hand in the cookie jar, or, maybe better, the bank robber caught in the vault.

They didn’t appreciate being called hypocrites. But it’s just as well they didn’t applaud. That would only have added to their hypocrisy.