A Black Hero Who Fought Fascists and Communists for Christ

The media stuffed Haile Selassie down the memory hole 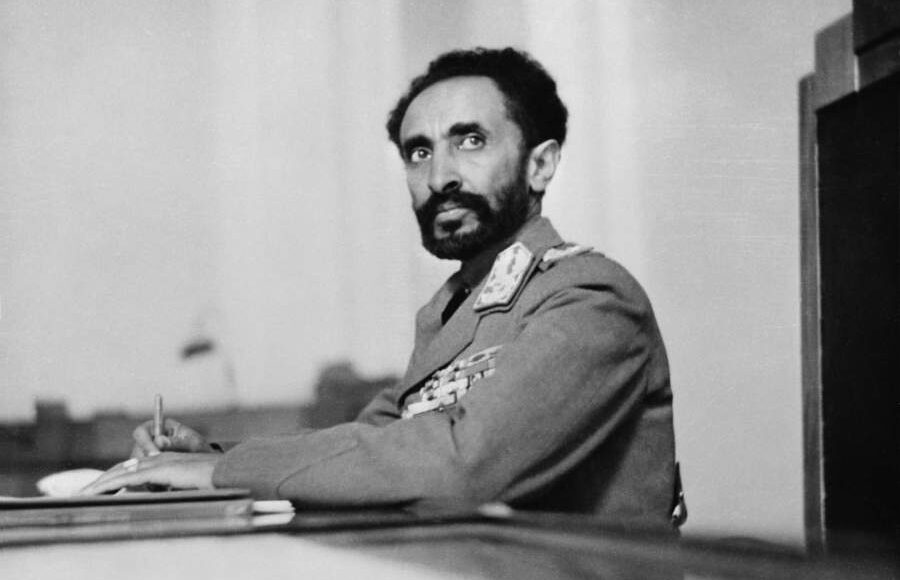 “What happened was a catastrophic revolution that really ate its own bright people. The very people who were behind the revolution were the ones who were its victims.”

I had the rare opportunity to interview Prince Ermias Sahle Selassie, president of the Crown Council of Ethiopia. He is the grandson of Ras Tafari, Emperor Haile Selassie. In my discussion, I saw a first-hand account of the mortal dangers of the socialist revolution many favor in our own country.

A Christian Soldier for Freedom

Emperor Haile Selassie was a pivotal figure for Ethiopia and the whole of Africa. He implemented crucial reforms such as a written constitution and land reform to accelerate agricultural development. He was world-renowned for his defense of his people from Italian imperialism. In 1963, his creation of the Organization of African Unity sowed the seeds for solidarity and liberation of African nations from colonial rule. Here’s historic footage from Selaissie’s dogged anti-fascist resistance against Mussolini’s invaders:

Today our corporate media act as self-appointed gatekeepers of African history. So it is telling that so few young Americans have even heard of Emperor Haile Selassie. They don’t learn of his outsized role in defeating fascism and colonialism in Africa. Why not? Because Emperor Selassie was a staunch defender of Christianity, a symbol of patriarchy, and was murdered by socialists promising democracy.

The Left Wants to Kill All the Fathers

We disrupt the Western-prescribed nuclear family structure requirement by supporting each other as extended families and ‘villages’ that collectively care for one another, especially our children, to the degree that mothers, parents, and children are comfortable.

As a devout Christian emperor, Emperor Haile Selassie was a symbol of fatherhood in Africa. All radical groups, at heart, are driven by envy and a hatred for natural hierarchies. The Marxists who tortured and murdered an elderly Emperor Selassie in 1974 were simply living up to their global creed: Kill strong fathers first, then loot the people.

This was nothing new. The Soviets who backed Selassie’s overthrow followed the same twisted religious playbook they’d used in their own country. The Bolsheviks used the disaster of World War I as the pretext to murder Tsar Nicholas II’s family — not sparing a single young child — and take over Russia. All the evils the revolutionaries complained about under the monarch got worse tenfold. Famine, stolen land, violent prisons, police abuse … every one of these horrors abounded in the quest for Utopia.

In my interview with Prince Ermias Selassie, he recounts a similar formula for the revolutionaries in Ethiopia. “They closed all the churches, executions were very rampant. But it didn’t fare well for the Marxists. I mean, they never got the support of the people,” he said.

Today, Western media continue to sell a whitewashed view of African history that diminishes the voices of African heroes like Emperor Haile Selassie. Outlets like the New York Times live up to their legacy of covering up the crimes of Marxists. Remember that the Times denied the ghastly Holdomor genocide in Ukraine, which resulted in 12 million deaths. These media amplify voices that celebrate the same anti-market, anti-freedom, anti-family sentiments that fueled the murder of Emperor Selassie.

The press does all this under the guise of social justice. Yet the only slavery most writers will condemn are instances that took place 400 years ago. Meanwhile, they openly campaign for a candidate like Vice President Joe Biden. With Obama, he launched the destruction of another independent African country, Libya. They yawned at the unleashing of a modern slave trade in that country. Indeed, the New York Times used its pages to push the public for war in Libya. As it did in Syria. Millions of people of color have been displaced, dismembered, and killed as a result of these “progressive” interventions backed by War Party Democrats and Republicans alike.

Wherever we look today, the corporate press and their violent revolutionary foot soldiers share same delusion that Jesus confronted in His own time’s  authorities. Let’s remember His words for them:

Woe to you, scribes and Pharisees, you hypocrites! You build tombs for the prophets and decorate the monuments of the righteous. And you say, ‘If we had lived in the days of our fathers, we would not have been partners with them in shedding the blood of the prophets.’ So you testify against yourselves that you are the sons of those who murdered the prophets. (Matt. 23: 28-30)

Media elites act as if they care about vulnerable lives. They preen about facts and fairness. But history shows that they silence the voices dissenting from their religious devotion to socialism.

Millions of people of color have been displaced, dismembered, and killed as a result of these “progressive” interventions backed by War Party Democrats and Republicans alike.

Jesus was sacrificed by a leader named Caiaphas, who proclaimed “it is better that one man die than the whole nation perish.” So socialist revolutionaries and their media myth-makers prefer that Christians like Haile Selassie die, and be forgotten. Otherwise the whole global project of socialism might perish. It is better to sacrifice some, even if that means millions in the poor and middle class, who stand in the way of their goal. That is, the all- encompassing, all seeing, all knowing, all caring, cradle-to-grave godlike State.

A Warning to the Young

The young adults who have been drawn into America’s acute bout with revolutionary anger need to hear Prince Ermias Selassie’s warning about Marxism.

Idealism, I think, leads to a lot of fanaticism; it’s your way or the highway. That has led to a lot of problems: a lot of blind hatred, a lot of blind murders. All about … being the sacrificial lamb to justify your right and that man is God and is in charge of his own destiny, which I don’t believe in.

The Marxists who killed Emperor Selassie failed. Ethiopia’s churches and markets are open again and healing is underway. The revolutionaries attempting to overthrow family and faith in America will fail too. The question is: Will we learn from the lessons of the past and reject sacrificial revolution at its infancy? Or will we slog on the long, sad path of ignorant repetition?

This piece appeared in a different form at TownhallFinance.com. It appears by permission of the author.

David Gornoski is the host of the syndicated daily radio show “A Neighbor’s Choice,” which has been described as an “apocalyptic Mr. Roger’s for adults.” Subscribe to his podcast on Apple. Email him or visit his website.