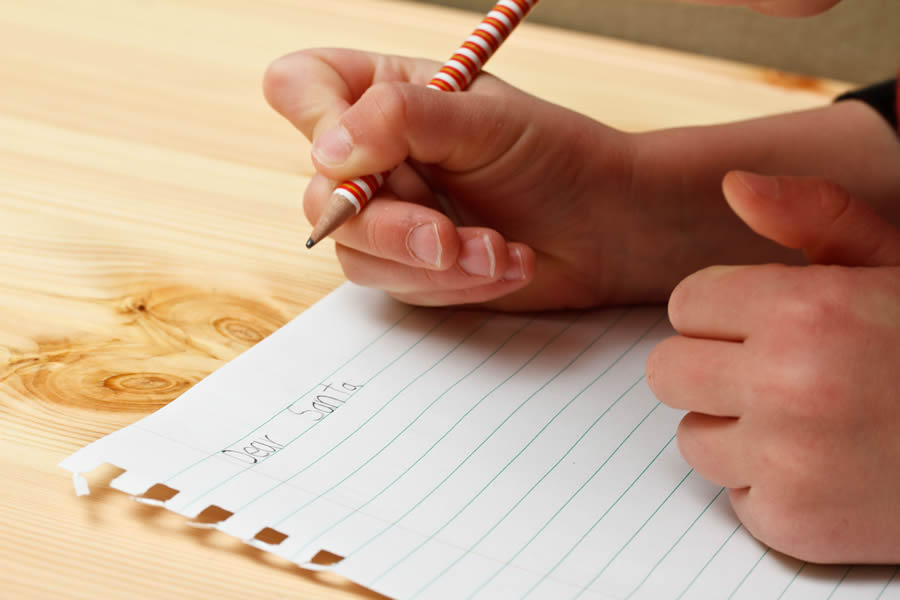 A 7-year-old boy at a domestic violence shelter in Texas has written a letter to Santa, asking for chapter books, a dictionary, a compass and a watch. He also asked for a “very, very, very good dad.”

The child has been dubbed “Blake” for safety reasons. Blake wrote:

Dear Santa, we had to leave our house. Dad was mad. We had to do all the chores. Dad got everything he wanted. Mom said it was time to leave and she would take us to a safer place where we don’t have to be scared. I’m still nervouse [sic]. I don’t want to talk to the other kids. Are you going to come this Christmas? We don’t have any of our stuff here. Can you bring some chapter books, a dictionary, and a compass and a watch? I also want a very very very good dad. Can you do that too? SafeHaven of Tarrant County posted the letter on Facebook.

“We had permission from Blake and his mom to post the letter, but they obviously had no idea how much attention it would receive,” Micah Thompson, the director of marketing at the shelter, told the New York Post. “Blake’s letter paints such a great picture of what life is like in shelter for a child during the holidays. He is one of so many kids who are experiencing those same emotions this holiday season.”

Blake has lived at the shelter with his mom since Thanksgiving. Blake’s mom found the letter in his backpack a few weeks ago. SafeHaven noted that Blake and his mom are safe. “Victim safety has been our priority for over 40 years, and we would never compromise that through a social media post or otherwise. … Thank you for your concern for his family.”

As of Thursday, 119 women and children are housed in SafeHaven’s domestic violence shelter.

“For a simple letter to Santa from a 7 year old to empower so many people in different ways is truly incredible,” says Thompson. “Domestic violence is so hush-hush in our society today, and if his letter empowers anyone to share their story or to ask for help, then we’re better off than we were before.”

Blake is a 7-year-old boy in one of our shelters, and his mom found this letter to Santa in his backpack a few weeks…

Posted by SafeHaven of Tarrant County on Wednesday, December 18, 2019

Domestic Violence Awareness Month: What You Can Do to Help

Is the US Really One of the Top 10 Most Dangerous Countries For Women? Not So Fast…