Could 'Build Back Better' be the catalyst to tear it all down? 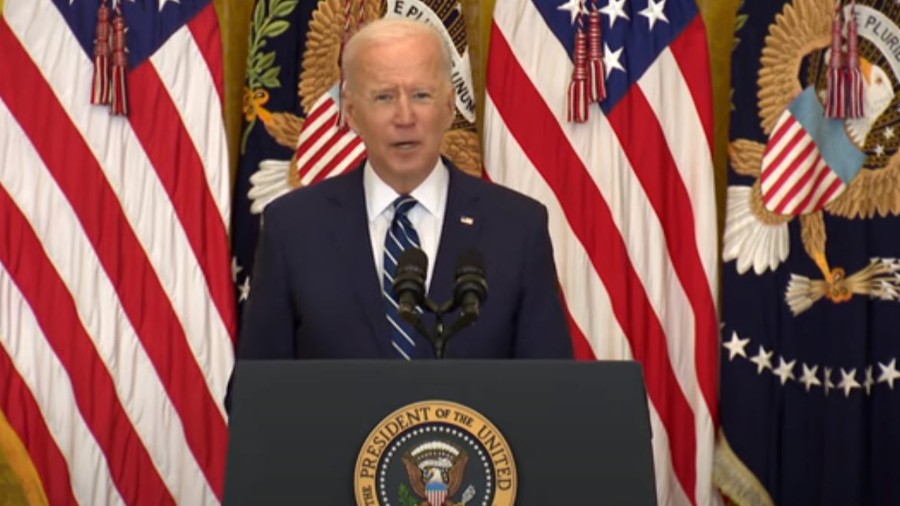 With a final vote of 228-206, Congress passed Joe Biden’s $1.2 trillion bipartisan infrastructure bill on November 5, 2021. Ten days later, Biden signed the bill — the “Infrastructure Investment and Jobs Act” — into law. But infrastructure is only half the story.

The other half is Biden’s agenda to pass sweeping legislation titled the “Build Back Better Act.” The bill is coming through the legislative pipeline with even more left-leaning laws — fraught with government overreach and intervention — that will prove damaging to the long-term social and economic fabric of our nation.

Noting that the infrastructure bill costs more than a trillion dollars, Round 2 is closer to 2 trillion: a whopping $1.75 trillion social spending bill. Although, according to a report by the nonpartisan Joint Committee on Taxation, it “would not add to the federal deficit long-term.” Head-scratcher, right? Notwithstanding, in the interest of moving Biden’s agenda along, the House of Representatives passed a key procedural vote that opens the door for Build Back Better’s aggressive climate change and social safety net provisions to be enacted into law.

Since most of us won’t choose to read the 2,468-page monster bill, here’s a short list of “six things you didn’t know you didn’t know” about the proposed legislation:

Increases Taxes at Every Income Level

$2 trillion in proposed tax hikes will also fall on Americans making under $400,000 per year, contrary to what the White House says. Individuals at all income levels will be affected. The top individual marginal tax rate will increased from 37% to 39.6%. With rates just shy of 40% of total income earned, the United States inches closer and closer to the extreme tax rates of socialist nations.

Build Back Better allocates funds that strengthen tax enforcement, expand audits and modernize information technology to support enforcement. Quick question: Who audits the auditors? In the not-so-distant past — 2017, to be exact — the IRS issued “a sincere apology” for “aggressive scrutiny” of the Tea Party and other conservative groups. In 2018, more than 400 groups in the class action lawsuit could apply for a $3.5 million settlement to be paid for by (surprise) none other than the IRS. Fast-forward to Build Back Better. Not only does the legislation empower the IRS to repeat history but also repeat it with a vengeance if safeguards are not in place.

Far-left Congresswoman Alexandria Ocasio-Cortez recently confirmed on Twitter: “Happy to announce creation of a U.S. Civilian Climate Corps is now in the Build Back Better Act.” First proposed as part of the Green New Deal, of which AOC is the lead sponsor, the initiative is being billed as a job creation scheme that will combat the “climate crisis” and “environmental injustice.” In reality, the Civilian Climate Corps is on course to enlist thousands of environmental idealists as the nation’s new “Climate Police.” According to a recent Fox News report, “This band of young Democrat activists would receive government provided salaries, housing, medical care, and food in exchange for their advocacy.”

While raising the capital gains tax rate does not affect all Americans, there’s no doubt it affects a group of Americans essential to the health of the economy. The 5% tax hike from 20% to 25% can hurt investors’ capacity to invest back into our economy. For example, an entrepreneur netting a $2 million profit would pay an extra $100K in capital gains under Biden’s BBB plan. That’s $100K not being reinvested into job-producing startups and other economy fueling initiatives. In fact, under Biden’s plan, that same $100K is now in the hands of the federal government for projects funded and run by, you guessed it, themselves.

Who do you want to steward this extra capital? The government or the private sector? In the words of the late John F. Kennedy Jr., “The tax on capital gains directly affects investment decisions, the mobility and flow of risk capital … the ease or difficulty experienced by new ventures in obtaining capital, and thereby the strength and potential for growth in the economy.” Funny how, just decades later, Kennedy’s Democrat party members are wholeheartedly ignoring his advice as green energy pipe dreams are funded on the backs of America’s entrepreneurs and small business owners.

The Occupational Safety and Health Administration (OSHA) recently released its emergency temporary standard (ETS) requiring employers with 100 or more employees to mandate COVID shots for their employees. OSHA’s penalty can be as high as $14,000 per violation, but apparently the Democrats didn’t think this punishment goes far enough. Under the Build Back Better Act , OSHA’s fines will increase “up to $70,000 for ‘serious violations’ and $700,000 for willful or repeated violations.” In other words, they want to disincentivize employers from respecting the conscience rights of their employees. And just to make sure there are ample funds to enforce these penalties, Build Back Better includes $2.6 billion in funding for the Department of Labor.

Build Back Better gives a pass to 8 million immigrants who entered the U.S. before Jan. 1, 2011 — and have lived in the country ever since. Build Back Better lays out a process that includes paperwork and background checks, paving the way for obtaining travel and work permits, driver licenses and state identification documents. BBB also proposes child tax credits for approximately 675,000 undocumented immigrants. By ending the requirement of a valid Social Security number, the proposal would extend the refundable child credit to undocumented families. For a migrant family with three young children, these instantaneous “perks of being an American” would exceed the entire average family income in several Central and South American countries, and thus encourage more illegal border crossings.

This list, unfortunately, is not comprehensive. It didn’t tell you about continuing welfare benefits without work requirements. Or the $200 million earmarked for Presidio Trust in Speaker Pelosi’s congressional district. Or the $555 billion allocated for “climate funds.”

While Build Back Better’s idealistic take on America’s deepest socioeconomic problems may hold some superficial appeal, its solutions come with significant and widespread risks that will prove harmful to America. Like so many other current narratives that aren’t aging well, Build Back Better has the potential to become the opposite of its name: a catalyst to tear down the socioeconomic framework as we know it and start over with, as Biden puts it, a new “historic” framework for America in its place.