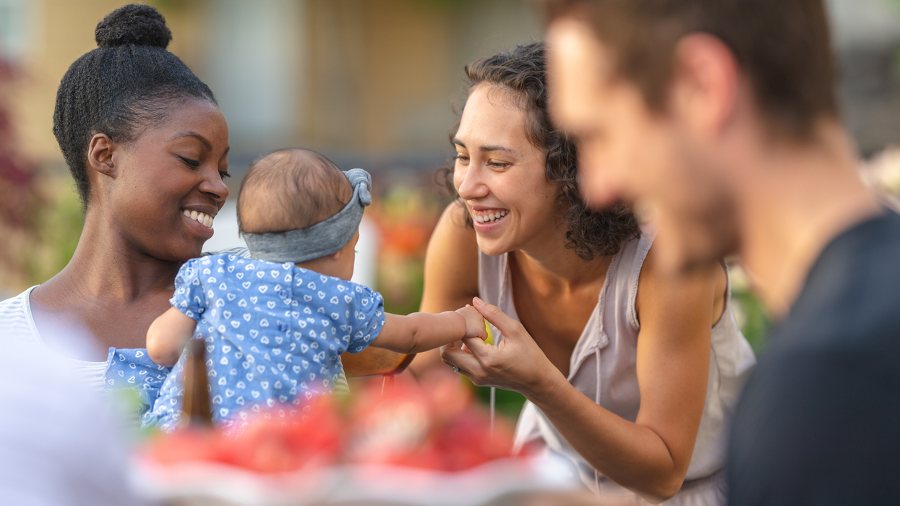 Like so many others, I pray our Supreme Court justices have indeed acted with courage to finally overturn Roe v. Wade. I pray their courage holds fast in the face of the frothing rage now unleashed. I pray that our country will finally begin to right the most evil wrong in our history. We must finally rip the façade off this bloody “right.”

1. It is fundamentally unjust.

There is simply nothing just about the stronger killing the weaker and defenseless for the sole reason that the stronger doesn’t want the weaker and defenseless one to exist. That is the essence of abortion: someone with more power decides that someone else should not even exist. That is purely unjust. As wickedly unjust as slavery was in our nation’s history, abortion is worse.

We will never be a healthy, peaceful, or just nation as long as we claim the “right” to kill the child in the womb.

There is no greater violation of human rights than killing the child in the womb. We are not uninformed or confused about the humanity of the unborn child any longer. We know the truth. If we deny that humanity, we do so willfully, without excuse, and with malice.

2. It is fundamentally perverse.

What could be more twisted, more perverted, more unnatural than mothers killing their own children? Than fathers aiding or even coercing the deaths of their own children? It is the absolute inversion and perversion of the obligation of mothers and fathers to their children. It is the complete mockery of love. We are correctly horrified by past cultures in which people ritually sacrificed their children to pagan statues because it is so brutal, uncivilized, and perverse. Today our ritual sacrifice takes place in clinics by people in lab coats but the essence of it is the same: parents killing their own children.

3. It is sadistic violence.

No euphemism in the world can hide the fact that abortion is violent, no matter how vigorously those euphemisms are employed in our national debate. People are never reluctant to speak clearly about a good thing. Yet the champions of legal abortion obfuscate with euphemisms and slogans because abortion is a wicked thing. A young human being is deliberately killed, very often by dismemberment and having his/her skull crushed. No matter the method used or size of the child, abortion is violence. The evidence for its sadism is obvious in the seething fury being spewed this week around the country. Abortion corrupts everyone who shakes its hand.

4. It is fundamentally skewed against women.

Legal abortion sells an illusion of control to women, saying they cannot have equality with men or freedom without it. It has taught women to be morally and intellectually weak, and romantically stupid. It has taught women to disdain their own bodies and to see their own children as a threat to be eliminated. But abortion doesn’t magically make a woman not a mother — it only makes her the mother of a dead baby. Women have been sold the most despicable bill of goods, and sadly, they have paid dearly for it.

Meanwhile, legal abortion caters to the very worst of men, the worst in men. Abortion helps to cover the tracks and destroy the evidence of abuse by men, including the abuse of underage girls. Abortion allows the average jerk to use women for pleasure and suffer no consequences. Abortion favors the manipulative man; the coercive bully; the selfish cad; the careless, irresponsible guy. He gets everything he wants and nothing he doesn’t. After all, it’s “her choice.”

The greatest irony of the claim that abortion keeps women free is that it places the entire responsibility for the child on women alone. Suddenly she shoulders herself what is rightfully borne by fathers. Far from being free and equal with men, she has robbed herself of the support and care she is owed. The truth is many women who have an abortion do so because they feel they “have no choice.” Women deserve better than abortion.

Adding insult to injury, the modern man gets to portray himself as a true champion of women by insisting that she, and she alone, gets to “choose.” No knight is he who abandons his obligation to the child he helped create and to the mother of his child.

5. It leaves good men unable to protect their own children from death.

6. It has spawned an industry that now harvests and sells baby body parts.

Yes, the abortion industry engages in the sale of human body parts for pure profit. Babies are butchered for profit, and then their body parts of sold for further profit. The sale of their body parts influences the way they are killed in order that their most lucrative parts be kept intact and unspoiled. The baby’s head, the calvarium, is a coveted prize. Hearts and kidneys fetch a handsome price as well. Go back to point 3 above. It is sadistic to murder a child with strategic methods that enhance the potential profit to the killers. Is it civilized, progressive, modern, or enlightened that our society sanctions and protects an entire industry that profits from the violent procurement and sale of baby body parts? Is that what good, decent people do?

We will never have healthy, flourishing families as long as men and women are encouraged to kill their own children. We will never be a healthy, peaceful, or just nation as long as we claim the “right” to kill the child in the womb. Five decades is too much. Abortion must go if we are a people of justice.

*If you have had an abortion, please know there is healing. Visit Rachel’s Vineyard to find help. If you work in the abortion industry and want to leave, visit AbortionWorker.com for help.