Even Christians today are being discipled by Netflix rather than solid teaching. These five free online teaching sources enlighten, inspire, and fuel new understanding of the world. 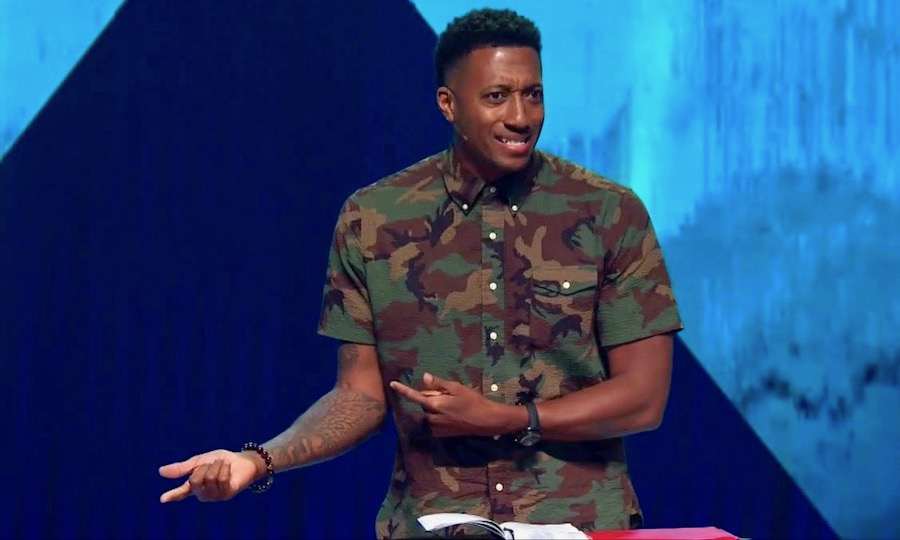 In today’s brave new world of endless streaming video, kids and adults are awash in a sea of options.

Netflix keeps pushing boundaries, from Stranger Things to 13 Reasons Why. Films like The Hunt, cancelled for now, reveal Hollywood’s unlimited appetite for horror and violence.

Good entertainment options exist, and even family-centered streaming services. Yet shows for all ages are not trending.

Often, Christian consumers fail to search out better entertainment and inspiration. Moving testimonies, impassioned sermons, and Bible-based insights into current issues are only a click away, though.

Here are five sources to dive into hours of thought-provoking spiritual content, without any scene-skipping or muting required. Click the conference title for more videos.

Most people know Lecrae Moore as a rap artist who regularly tops the Billboard charts. But he’s also written an autobiography entitled Unashamed. He often shares his testimony in student conferences.

Even as he has hit it big in the wider culture, his gospel witness has grown. On July 16-21, thousands of students gathered at Indiana Wesleyan University to hear him along with dozens of other Momentum speakers like Sean McDowell and Dimas Salabarrios.

“Friends of mine were dealing with gun violence, and old childhood wounds started to come up,” said Moore. “I started wondering, ‘Man, Jesus, some of your people out here are not acting very Christian-like. Is this really what it’s all about?’”

Session: “The Courage to Lead” with Lisa Bevere

Since 2003, Q Ideas has been a vehicle for culture-shaping conversations designed to inspire and equip Christian leaders. Their national and local conferences bring together influencers and change-makers for brief, insightful presentations similar to TED Talks.

Session: “Finding Purpose by Listening to God” with Nick Vujicic

Australian inspirational speaker Nick Vujicic was born without arms or legs, yet he has never let that stop him. He has shared his testimony live in 69 nations. Thanks to media interviews, from ABC News to Oprah Winfrey, his story has reached 600 million people worldwide.

Raising four kids with his wife Kanae, Vujicic frequently ministers with One Voice Student Missions. The ministry is known for initiating “Jesus clubs” on local campuses, and for annual conferences that attract thousands of students. In 2018, Vujicic frankly discussed difficult aspects of his life story — including his suicide attempts as a child and the purpose of pain.

In recent years, churches across the Atlanta region have banded together across denominations to believe for revival and racial reconciliation. They call it the OneRace Movement.

On August 2-3, over 300 leaders gathered for the 400 Conference. Its name denotes how this year marks 400 years since the inception of race-based slavery in the U.S. It was held at historic Ebenezer Baptist Church, where Reverend Martin Luther King, Jr. used to preach.

One session clearly illustrated their approach to race issues. The co-authors of Black and White: Disrupting Racism One Friendship at a Time spoke in a casual Q&A format. Teesha Hadra, a young black woman, had met elder John Hambrick when they were both working at a downtown Atlanta church. They struck up a friendship based in grace, honesty, and a shared love for God’s Word.

In Washington, he’s among the clergy who advise the White House through the Faith Leaders Initiative. He’s one of few policy leaders working with both President Trump and Speaker Pelosi on immigration reform. At heart, Rev. Samuel Rodriguez is a fiery preacher.

When Oasis Church in Los Angeles invited him to help launch the year in a revival-focused conference, Rodriguez didn’t hold back. “From the moment you were born, there has been a spiritual battle,” said Rodriguez. “That’s not hyperbole or made up. I’ve traveled around the world — this is coming from a former agnostic — and I know it’s real.

“But the most powerful spirit on the planet today is the spirit of Almighty God.”

Explore The Stream’s complete religion coverage, and sign up to receive top stories every week.