The president of a leading religious liberty law firm shared which cases to keep an eye on and how people can pray for them. 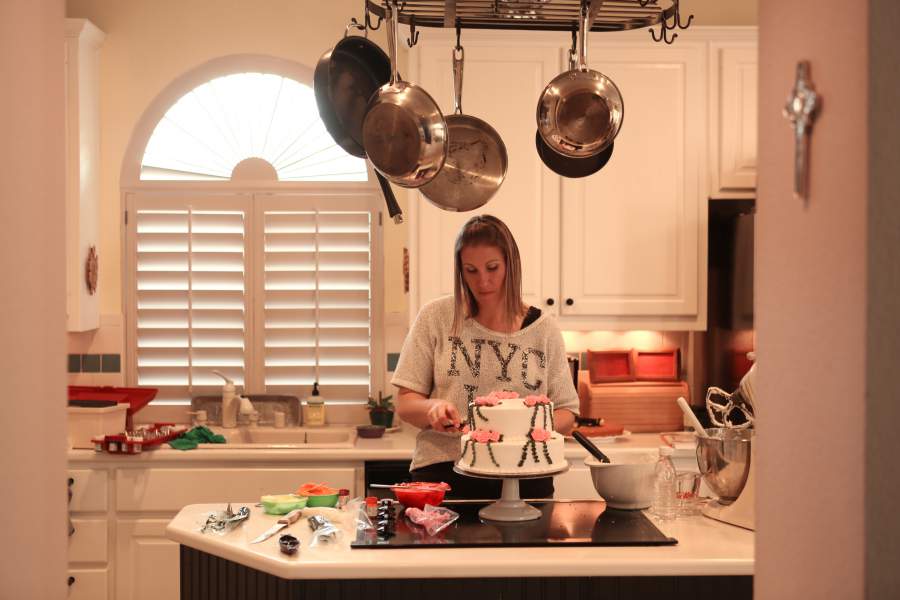 Melissa Klein decorating a cake. The Oregon government penalized Melissa and her husband Aaron $135,000, bankrupted them, and ordered them not to speak about their beliefs on marriage after the couple declined to create a cake for a same sex wedding.

What lies ahead for religious freedom in 2017?

As The Stream recently reported, attacks against religious liberty increased last year. The International Christian Concern even included the United States in its annual “Hall of Shame Report,” partly because “Christians and all religious people are being marginalized through the law.”

Several of these legal battles are carrying over into 2017, a year that promises to produce impassioned debate over the intersection of religious freedom and an increasingly secular society.

The Stream asked Kelly Shackelford, president of the non-profit religious freedom law firm First Liberty Institute, which legal battles Americans should keep an eye on, and how they can pray for them. Here’s what he said.

This case involves a Lance Corporal (LCpl) Monifa Sterling, a Marine who was convicted at a court-martial for not removing a scripture verse from her work area.

“This case affects every person who serves in the military and their religious freedom — that’s millions people who serve our country,” Shackelford said. “It would be a travesty to strip away their freedoms when they are standing for ours.”

Sterling’s case has been appealed to the United States Supreme Court.

In this case, the American Humanist Association is suing to tear down the Bladensburg WWI Veterans Memorial. The memorial stands in the shape of a cross and was built over 90 years ago to honor local men who fought in WWI.

“A decision to tear this down will impact every veterans memorial with religious imagery in every community in every state of this country,” Shackelford said. “If that happens, we will be going straight to the Supreme Court. We need a strong precedent stopping all of these attacks on veterans memorials across the country.”

A U.S. district court ruled in favor of the memorial in 2015, but the American Humanist Association has appealed the case to the U.S. Court of Appeals for the Fourth Circuit.

Joe Kennedy was an assistant high school football coach in Bremerton, Washington who was fired for, as Shackelford described, “going to a knee by himself after the football game to thank God for the privilege of coaching these young men.”

The School District said to him in writing that if he ever did anything that anyone could see was religious while he was a work, he would be fired. This is an important case for every person who works for any government — federal, state or local. If upheld, no person of faith working for government could ever exercise their religion while at work.

Shackelford noted that President-elect Donald Trump has expressed interest in the case, tweeting about it several times and saying that what happened to Kennedy shouldn’t have taken place.

Kennedy received a right-to-sue letter from the Equal Employment Opportunity Commission and has filed a lawsuit against Bremerton School District.

Aaron and Melissa Klein are the owners of now-closed Sweet Cakes by Melissa, a bakery in Oregon. The Kleins were penalized $135,000, bankrupted and ordered not to speak publicly about their beliefs on marriage by the state — because they declined to create a cake for a same sex wedding ceremony.

“This shouldn’t happen in America. There is plenty of room for people to live respectfully with their different beliefs,” Shackelford said. “Using the government to punish those who have different beliefs on marriage is morally wrong and it’s unconstitutional.”

The Klein’s case has been appealed to the Oregon Court of Appeals.

The American Civil Liberties Union (ACLU) is suing to stop county commissioners in Rowan County, North Carolina from having a prayer before their meetings.

Shackelford said the ACLU is attempting to “change our country to a very different one — one that is hostile to religious expression. ”

The U.S. Court of Appeals for the Fourth Circuit ruled in favor of the commissioners last year, but the ACLU asked for a full review of the decision, in which all 15 judges on the Fourth Circuit would reconsider the case. The Court agreed.

How People Can Pray

“I would ask that prayer be for wisdom for our attorneys and also for favor before the judges in these cases,” Shackelford said. First Liberty is representing the clients in each case mentioned above. “Ultimately, [pray] that we would be strategic and get great victories that would protect the freedom of Americans nationwide.”