From comedy to adventure to historical drama, major TV networks and upstart streaming services are trying new spins on proven formulas to draw families in. 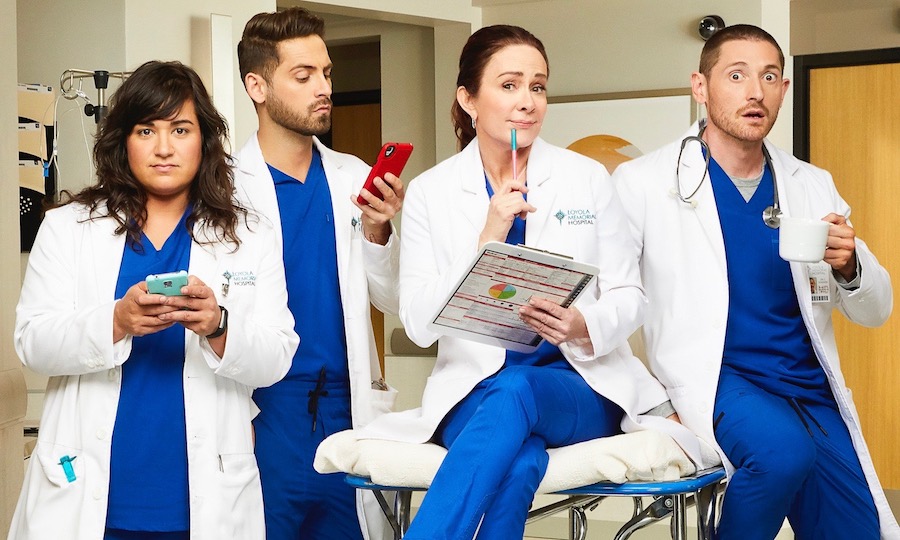 Entertainment writers often refer to the mid-20th century as “the Golden Age of Television,” epitomized by classics like I Love Lucy and The Twilight Zone.

Today, the modern world has reached another epoch. It’s called “peak TV,” with nearly 500 new television series being produced every year. Traditional networks are vying for audiences that are increasingly splintered.

Meanwhile, a host of streaming services and online video options peddle their own exclusive shows. With so many producers pushing explicit or occultic content, finding family-appropriate content is no easy task.

Yet, such quality entertainment can be found with a little searching. (Note: while we’ve screened pilot episodes where available, parental guidance is always recommended.)

Audiences have come to love her from The Middle and Everybody Loves Raymond. Now Patricia Heaton is back in Carol’s Second Act, a laugh-out-loud medical sitcom that she and her husband David Hunt helped develop as executive producers.

After her marriage falls apart, Heaton’s middle-aged character spends years studying to become a medical doctor. The premiere follows her mishaps on the first day of residency. As her comic timing shines alongside a diverse ensemble cast, the actress uses laughs to get across a larger message.

“I hope it inspires women and men in their 50s, 60s and 70s to step out of their comfort zone,” said Heaton in a recent interview. “Their skills and knowledge and wisdom are needed in this world — so pursue that dream that [you’ve] had to set aside.” Carol’s Second Act premieres this Thursday night on CBS.

As the shakeup of traditional TV continues, Disney looks to become a major player with its Netflix rival service Disney+ launching on November 12.

The Mandalorian, an eight-episode serial following a bounty hunter — and first-ever Star Wars live-action TV series — will be a big draw. While some families have hang-ups about elements of Eastern mysticism in Star Wars, most faithful viewers appreciate the saga as a mythic space-based hero’s journey.

Expected to be designated TV-14 for some violence, The Mandalorian may clash with the rest of Disney’s offerings. Anticipated titles include animated classics, Disney Channel sitcoms, National Geographic documentaries, and more from the vault. While several streaming services cater to families, Disney+ is expected to quickly gain an audience.

Lavishly produced period drama The Crown forges ahead, now set during the turbulent mid-1960’s. When completed, the show will chronicle Queen Elizabeth II’s reign in Britain over six seasons. While past plot lines have amplified the royal family’s foibles — at times, a soap opera of sorts — the series has nonetheless been praised for its historical accuracy.

Faithful viewers particularly lauded how writer/producer Peter Morgan dramatized Elizabeth’s relationship with evangelist Billy Graham in season two, episode six. With scenes of prayer and pastoral counsel, it’s one of the most respectful mainstream portrayals of Christianity in recent years.

As it leaps forward, season three of The Crown will feature an entirely new cast including Olivia Colman, Tobias Menzies, and Helena Bonham Carter. Notable chapters from history to be portrayed include the space race and the unmasking of a Soviet spy.

Versatile actor Bradley Whitford (The West Wing) returns to NBC for this unconventional comedy. A widower stuck in his late wife’s hometown, Whitford’s character is revealed to be a renowned music professor ready to end his life. That is, until the screeching sound of church music shocks him from his stupor.

Meeting the motley choir, with Anna Camp (Pitch Perfect) as their piano accompaniment, the silver-haired prof finds new purpose bringing them in sync with one another. While the humor has more edge than most Baptist sermons, Perfect Harmony affirms family and faith as what gives life purpose. It premieres this Thursday night.

From The Hollywood Reporter to Fox News to Christianity Today, one independent drama has generated unprecedented buzz this year among faith-driven audiences.

Planned as a multi-season journey, The Chosen presents an unvarnished, gritty take on the Gospel narrative through the eyes of first-century skeptics like Nicodemus, Matthew the tax collector, and Mary Magdalene in Capernaum.

As producers prepare for the full eight-episode release of season one, they have taken a bold step. They are giving away the first four episodes of The Chosen, over three hours of content. An app has released for Apple and Android devices that streams these episodes free (see details below).

Navigating this many options can get confusing. Yet stories that you make you laugh, cry — and think deeper — are often worth the search. Happy watching.

Explore The Stream’s complete TV coverage, and sign up to receive top stories every week.