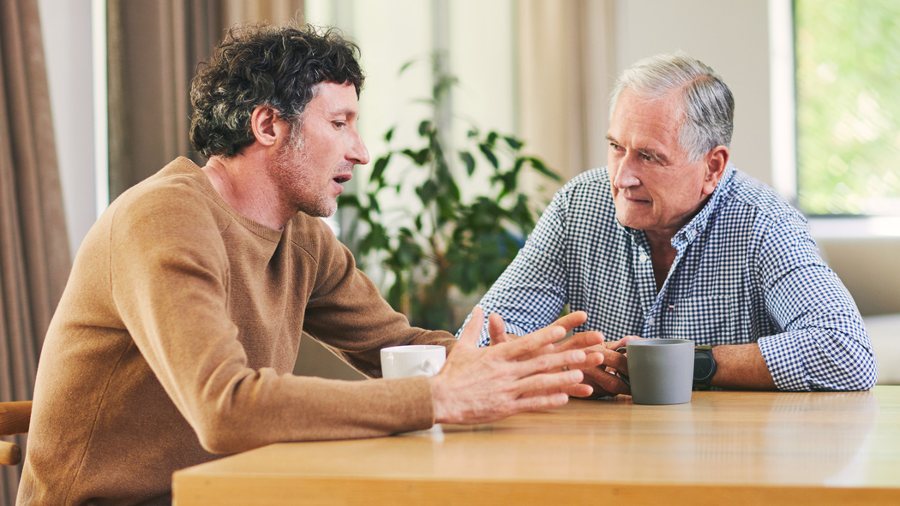 In my new book Truth Changes Everything: How People of Faith Can Transform the World in Times of Crisis, I share stories of Jesus followers who have transformed the world for good because of their belief that Jesus is the Truth. True confession: I find myself intimidated by many of those stories. I love telling them, but I find it overwhelming to think about how they might apply to my own life.

So how might we be Truth-tellers in our own time? Given how many people in the world claim to be Jesus followers, if we simply discipline ourselves to communicate in a way that breathes life into others, we will notice a dramatic change — one conversation at a time. Here are just four of the practices I seek to intentionally embrace.

Sometimes I don’t know what to say when confronted. I shut down. It helps immensely to memorize a handful of questions and keep them in my back pocket. For example:

How do you know what you believe is true? Often people simply assume, without evidence, that what they are saying is true. If someone says something like, “Sexuality is determined at birth, but gender is a choice,” I want to express curiosity by replying, “That’s interesting. I’ve heard the theory that sexuality and gender are different things, but how do you know it is true that this difference is actually real?”

What happens if you’re wrong? Even if I don’t have the opportunity to express my viewpoint, I can still leave the other person thinking. To understand the following example you need to know something about me. I have a strong personal conviction that I should never vote for someone who publicly favors unrestricted elective abortion. As you can imagine, this leads to tension in many conversations. If someone says, “It doesn’t matter whether the person I vote for is pro-life. Elected officials can’t do anything about abortion anyway,” I respond, “I’d like to push back for a moment. What if you are wrong and the advocacy of an elected official does matter, as well as the example they set for all those who are watching?”

It’s important to use my whole being to express caring. Psychologist Albert Mehrabian found that 55 percent of our communication is visual, through our posture and facial expressions, 38 percent is vocal, through our tone of voice, and only 7 percent is verbal, through our words. (This is why it is a bad idea to have an argument through text messaging, social media posts, or email — only 7 percent of your message is getting through). No matter what I say, I want the other person to hear this: “I care about you, I care about our country, and I care about doing what makes sense.”

Get to Know Them

People want to find agreement with those they like. Persuasion researcher Robert B. Cialdini says that in negotiations and sales situations, people who take time to get to know one another have greater success. Discussing a study of online negotiation, Cialdini says that 30 percent of the time, the negotiation fails to reach a satisfactory agreement. When participants share personal information about their interests and families to create a connection, the failure rate dropped to six percent. Simply being likeable and expressing interest significantly increased the success of the negotiations. Keep in mind, when talking about deep convictions or highly controversial issues, this may mean months or years rather than just a few extra minutes or hours.

In those rare situations when the person I’m talking with becomes hostile, I must avoid responding in kind. Here are some steps I try to take to settle the conversation down:

Focus on commonalities. “We also have more in common than we realize. We both care about making life better for those around us.”

Avoid focusing on personality issues. “We may not end up agreeing, but I still respect your right to say what you think.”

Avoid stereotypes. “I know we’re supposed to simplify our views and fight over our differences, but hopefully we’ll find that we can listen to each other, even when our disagreement is strong.”

Be friendly, but don’t grovel or compromise. “I know we don’t see eye to eye on this, but you’ve given me a lot to think about and I hope you feel the same.”

“This is the way, walk in it,” God says. (Isa. 30:21) Through Jesus, we can “abhor what is evil” and “hold fast to what is good.” (Rom. 12:9) We cannot push the responsibility for communicating the Truth of Jesus onto others.

It takes constant prayer and discipline to communicate the Truth in the way Jesus wants it communicated. Zechariah 8:16–17 is a good watchword: “‘These are the things you must do: Speak truth to one another; make true and sound decisions within your city gates. Do not plot evil in your hearts against your neighbor, and do not love perjury, for I hate all this’ — this is the LORD’s declaration.” (CSB)

This is an excerpt from Jeff Myers’ new book, Truth Changes Everything: How People of Faith Can Transform the World in Times of Crisis.

Jeff Myers is president of Summit Ministries, a Colorado-based nonprofit organization that equips and supports the rising generation to embrace God’s Truth and champion a biblical worldview. He’s one of America’s most respected authorities on Christian worldview, apologetics, and youth leadership development. His latest book, from which some of this piece is excerpted, is Truth Changes Everything: How People of Faith Can Transform the World in Times of Crisis, which releases October 18 from Baker Books.

Can You Stand for Truth Without Being Offensive?