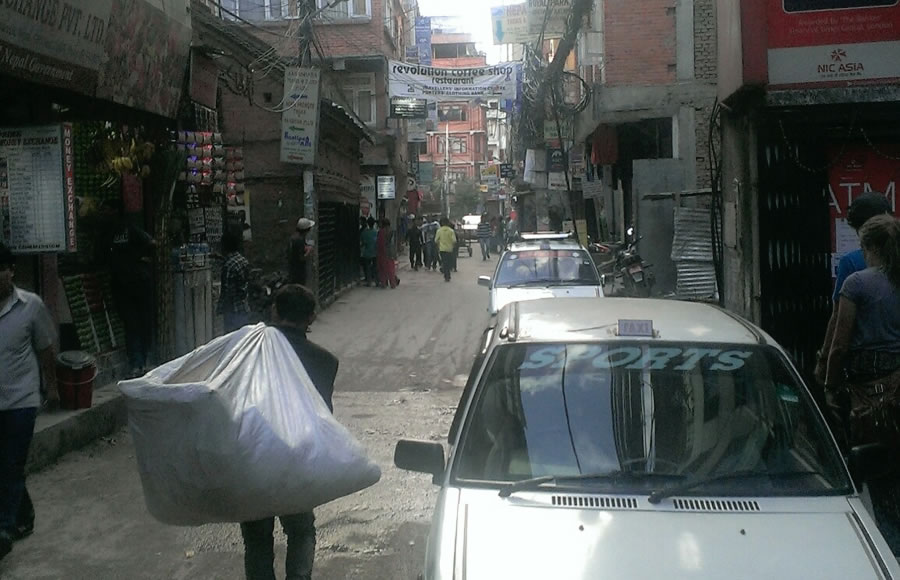 Four Christians were arrested recently in Nepal. Their crime? “Preaching Christianity” — a charge I could have been arrested for when I visited the country roughly five years ago.

The exact circumstances of the recent arrests are unclear. International Christian Concern reports the four men “were arrested in Salyan after they were accused of ‘preaching Christianity.’” When they were arrested, “police confiscated a bag containing Christian literature.”

Faithwire reported that the four men were “unable to afford lawyers to represent them” and would “remain behind bars until a trial can be arranged.”

While it’s sad to hear about the arrest of these four Christians, it doesn’t surprise me. Nepali Christians have never known the religious freedom we have in America, but they are faithful to build the Kingdom nonetheless.

‘It’s So Hard to Work for the Gospel.’

Religious conversion is forbidden under the Nepalese constitution and was criminalized in October 2017.

When I visited Nepal on a mission trip, the punishment for religious conversion had not yet been codified. Yet, we heard about a group of pastors who were released from jail about a week before we got there. They had been arrested to appease a group of radical Hindus.

The vague wording of Nepal’s anti-conversion law gives police a lot of leeway in who they can accuse of committing a crime. The English version of the country’s constitution reads, “No person shall … convert another person from one religion to another or [do] any act or conduct that may jeopardize other’s religion.” What constitutes “jeopardizing” another’s religion?

International Christian Concern reports that “seventeen Christians have been accused and arrested under Nepal’s anti-conversion law in the past year.” That’s 17 too many. The punishment, defined in 2017, is a “sentence of imprisonment for a term not exceeding five years and a fine not exceeding fifty thousand rupees.” That 50,000 rupee fine (roughly $430 at the time of this writing) is more than the average Nepali citizen makes in a month.

One Nepali pastor told me that the law makes it “so hard to work for the Gospel. Please, please pray for us.”

The Faithful in Nepal

Despite the risk, the brothers in Christ that I met while in Nepal did not dwell on their difficulties. When we were told about the group of pastors that had been in prison, the emphasis was not on their imprisonment. They were praising the Lord that their brothers had been freed. And rather than fearing what may come, the Christians who told us the story were going with us to minister in the streets.

We saw many saved during our time there. We even saw a deaf man healed. And we couldn’t have done it without the faithful Nepali Christians who joined in our efforts. Often when we were taking a break or eating lunch, our translators would be off talking to more people, further spreading the Good News.

It sticks out to me that the Church in Nepal is not operating like those who have no hope. They don’t let themselves get down and discouraged about the potential legal consequences of living out their faith. And they don’t let fear of punishment stop them from building the Kingdom of Heaven.

Please pray for our brothers and sisters in Nepal. Pray for strength. Pray for continued courage and for favor with their government. And, above all, pray that the Lord continues the great work that He is doing there through His people.

To God be the glory.