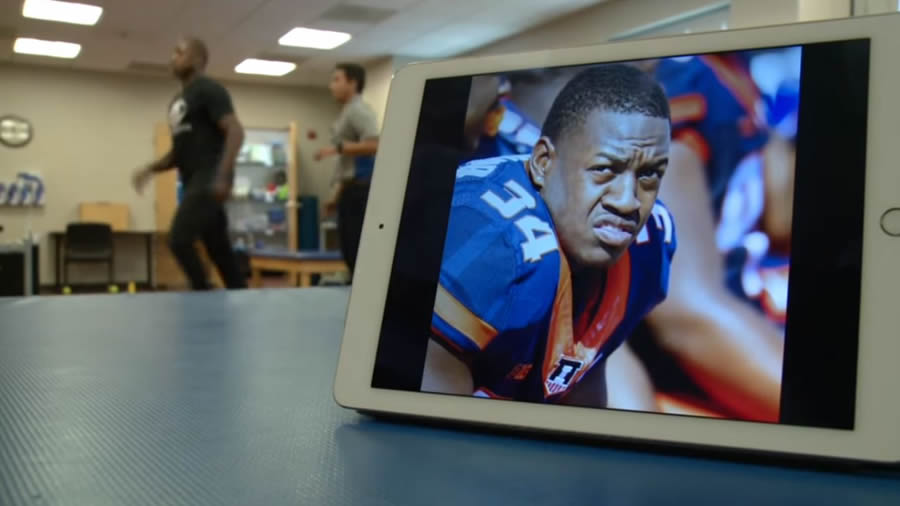 “We cried for about 10 minutes, we prayed and then we had to let go. We didn’t have any control over it.” Derrick Abercrombie talks about the night his son Christion suffered a brain injury and collapsed on the football field.

It was September 29, 2018. Tennessee State was playing rival Vanderbilt. During the game, Christion complained of a massive headache. Not long after, he collapsed on the sideline. He was rushed to Vanderbilt Medical for emergency brain surgery. Doctors said he had suffered several strokes and a serious brain injury.

No one knew whether he’d make it through the night. “We did not see an impact,” said Christion’s mom, Staci, “or anything that would have led to that. We were confused about what took place and we just knew that we had to yield and pray for healing over our son.”

The Power of Prayer

“I prayed with expectancy,” Staci added, “I just felt that I had to stand strong and declare the words of what God has promised us, and what I’ve been taught.” Christion was in a coma for several weeks. He then began the long road back to health.

Now he’s in physical and speech therapy and credits God with his recovery. “[All I can say is] thank God,” Christion told NewsChannel 5, “it’s been a long journey, but God has helped me get almost back to where I want to be.”

According to Staci, “[Christion’s healing] truly is a show of God’s work.”

Last month Christion returned to Tennessee State to continue his studies in sports medicine. His teammates cheered and hugged him. In a Twitter post, TSU Football wrote, “Welcome back, Christion Abercrombie. The family is all here. We missed you. #BigBlueRising.”

Welcome back, Christion Abercrombie. The family is all here. We missed you. #BigBlueRising pic.twitter.com/r9Zn2zKEsu

Christion says that he’s planning to play football again, but if that’s not God’s will, he hopes to coach or do something else with football. He also tells those with similar issues that they should put their trust in God. “Believe in God. Without Him, nothing’s possible.”