The Left’s Freedom-Killing Rules, and a Better Way To Make Things Right 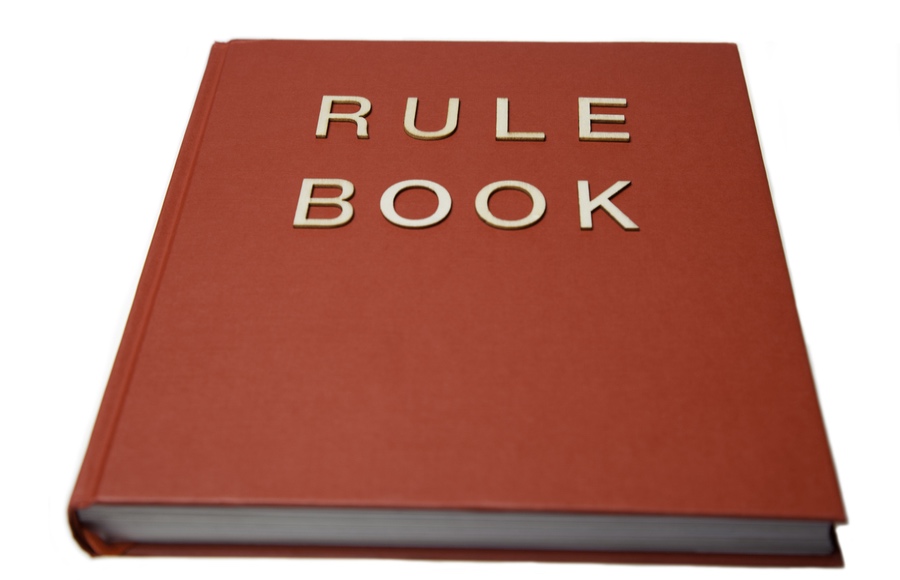 For all our disagreements, I firmly believe most liberals and progressives want to make things right. They genuinely want to welcome the stranger, ease the burden of the oppressed, and maximize human freedom. They’ve come up with all kinds of rules for that, because they think rules will work.

I’m not naive to the self-serving power-seeking that afflicts the ones at the top. I’m fully aware it shows up not only in Washington, but also at the top of towns, precincts, academic departments, newsrooms, and more. But that’s not unique to the Left or even to politics; I’ve seen power-grabbing squabbles between Little League coaches. So despite our differences, we’ve got a lot in common. One of those things is the desire for freedom — which is one place the Left fails tragically.

Every society needs rules, but the Left keeps making up new ones. They’re well-intentioned. They’re supposed to help people get along. But every rule limits human freedom, and these rules harm way more than help. Just ask Nick Sandmann. I’m sure he’d never heard of the rule that you must not smile awkwardly while being verbally assaulted by one group and an unfamiliar older man comes at you beating a drum. It’s a pretty detailed, specific rule; you might even call it obscure. Still he paid the price for breaking it.

If smiling was wrong there, then humans have very little freedom indeed. Maybe we’re safer not smiling. Not laughing, either. Comedy is hardly welcome on college campuses now — it breaks too many rules.

Rule upon rule upon rule – the Left keeps multiplying them. “Never, ever, ever misgender a person.” “Don’t say anything that anyone could interpret as sexual harassment a coworker.” “Don’t say a word against homosexuality.” And now, “Don’t smile imperfectly when approached by a Native American beating a drum.” “Don’t wear a MAGA hat where Blacks or Native Americans might also be.”

The Rules Cause Fear and Shame

And this is supposed to solve our problems getting along with each other. Except it violates basic principles of human interaction. It keeps our focus on the rules, not on each other.

When I see a trans-woman, for example, do I focus on the person before me, or the pronouns I’m supposed to use? The rules are adamant: It’s the pronouns. Colleges across the country require staff and students to keep track of everyone’s preferred pronouns. Your classmate approaches, and instead of looking at him/her/xyr/xey/they/it/ihr/ihm/ta/, you’re scrolling down the spreadsheet on your phone, looking up what you’re supposed to call the person so you don’t screw up and break the rule.

We fear lest we get a pronoun wrong. We fear lest lest our casual remarks be interpreted as harassment. It’s divisive. Alienating. Perfect fear casts out love.

We feel shame, too, if we let the rules run our lives; for the rules guarantee we will fail. No one could possibly keep up with them all. So failure is certain, and with failure comes shame — without hope of expiation. Shame is written right into the operating system for straight white males. They’ve got privilege, and privilege is shameful. But the Left has a rule for that, too: Check your privilege. Meanwhile intersectionality releases a few (dare I say “privileged”?) from many of the rules — as if exceptions like that promoted human connection.

The rules themselves are a failure. Yet they multiply. Major social media networks are ramping up their enforcement. The rules are strangling our freedom.

Christianity Is Freer Than That

Yet here’s the odd thing: Somehow people think it’s Christianity that has too many restrictive rules. They couldn’t be more wrong. We’ve got just two big ones: Love the Lord your God with all your heart, soul, mind and strength, and love your neighbor as yourself.

Furthermore, you can’t love another person (or even yourself) while misusing that person sexually. I must mention that because sexuality is where the Left finds Christianity most repressive. But that’s wrong, too. Christian sexual morality is built on a principle of love, trust, intimacy and respect. The Left’s “freedom” comes at the cost of fractured family foundation and fragile, uncertain, untrusting relationships.

The Better Way to Freedom and Right Relationships

There’s got to be a better way. And there is: the way of Jesus Christ.

The Left — at its best, anyway — wants to make things right. What it does instead, though, is multiplying shame and alienation. There’s got to be a better way. And there is: the way of Jesus Christ. His perfect love casts out fear, and brings people together in unity. His death and resurrection release us from guilt and shame. The Bible’s teachings, show the way to real justice — and Christ’s plan for eternity guarantees justice even where we don’t achieve it on earth.

“For freedom Christ set us free,” wrote Paul the Apostle (Gal. 5:1). “stand firm therefore, and do not submit again to a yoke of slavery.” The “yoke” he had in mind was the burden of following … lots of rules.

“Rejoice in the Lord always, and again I say rejoice,” he also said (Phil. 4:4). Christ’s way has no rule against smiling.

Manipulation via Rhetoric: How the Left Uses ‘Global Pandemic’ Language to Escalate Outrage