A Community of Music at Christmas 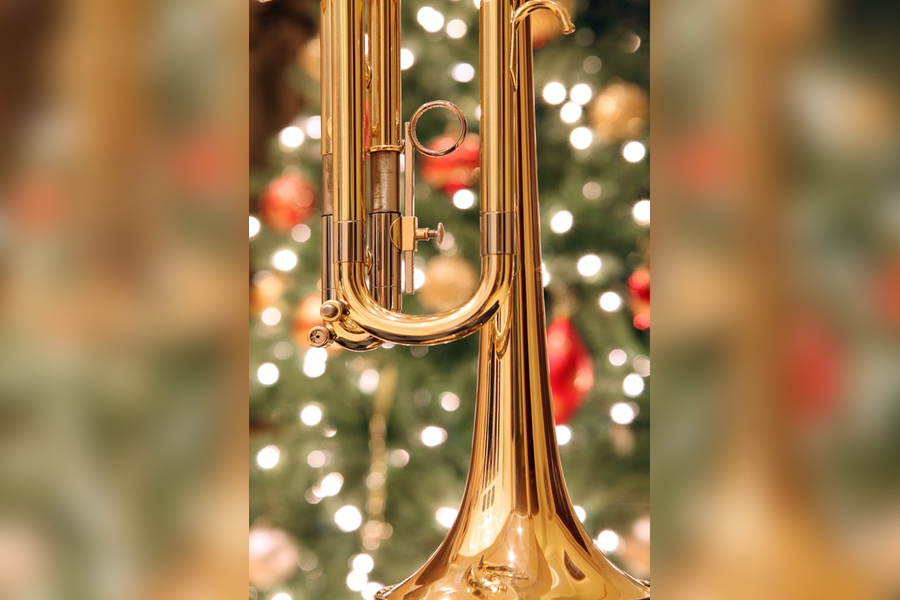 Christmas needs music. And family. And friends. And gift giving. Most of all it needs Jesus Christ at the center. Nothing covers all these Christmas themes quite like a community Christmas band concert in a local church.

My wife, Sara, and I were looking for something to light up the season, so on Sunday night we went to hear the Community Christmas Concert Band’s annual concert in Xenia, Ohio. I’ve heard more professional groups, but I’m looking back at my first line about what Christmas needs, and I don’t see “professional” in there anywhere. It was good music, and certainly fun to be there.

Afterward I spoke on the phone with Glen Shaw, the band’s director. I found out Greene County (southeast of Dayton, Ohio) has another Adult Concert Band, and that this one only convenes for Christmas. There are husbands and wives, parents and children, and even more family relations in the band.

A Community in Concert

And they come from everywhere: from a fifteen-year-old flute player, to a retired podiatrist on trumpet, to (naturally) several school band directors. One clarinet player was 91 years old. Shaw himself retired several years ago from a long career teaching music in and around the town of Xenia, Ohio. “It didn’t take me too long,” he says, “to realize I really missed directing, and I also missed Christmas music.”

The standard is to enjoy music. “People email me and ask if they can play, and so far I’ve never turned anyone down.” But the band is getting too big for the platform, and I couldn’t help wondering if I, as a trombonist, might have been his first exception: There were twelve of them there already!

No one cares whether they’re playing third trumpet or third clarinet; they come to reconnect with each other, and (like the director) with Christmas music. Shaw also told a story about a previous year when he had mixed up 3/4 and 4/4 time; and the next week the whole percussion section held up huge cards reading “3/4” and “4/4” — and laughing. Shaw still has those cards. If it isn’t fun, it isn’t Christmas.

“I don’t come on strong” with a Christian message, Shaw said. It was there, though, no doubt about that. “Like the program says, it’s a Christmas celebration, and we wouldn’t be celebrating Christmas if we didn’t have Jesus.” A church hosted the concert, so that environment supported the message.

Shaw had another message I didn’t know at the time as an audience member. I did notice he was standing a long time, delaying, before he raised his arms to start the first song. He told me later he took that time to look at each band member individually, one at a time, and thank each one by name.

They deserved it. Their music was a Christmas gift to everyone there. And I know hundreds if not thousands of other community bands have given like gifts to their friends and neighbors. The same thank you goes to each of them.

Shaw closed our conversation saying, “I’ve had people, Tom, come up to me privately and say, ‘I was really in a funk and a depression and this brought me right out of it.”

Christmas needs music. And family. And friends. And gift giving. Sometimes, as in concerts like these, it all comes together. It sure helped Sara and me have a merrier Christmas.

Don’t Despair: There is Light