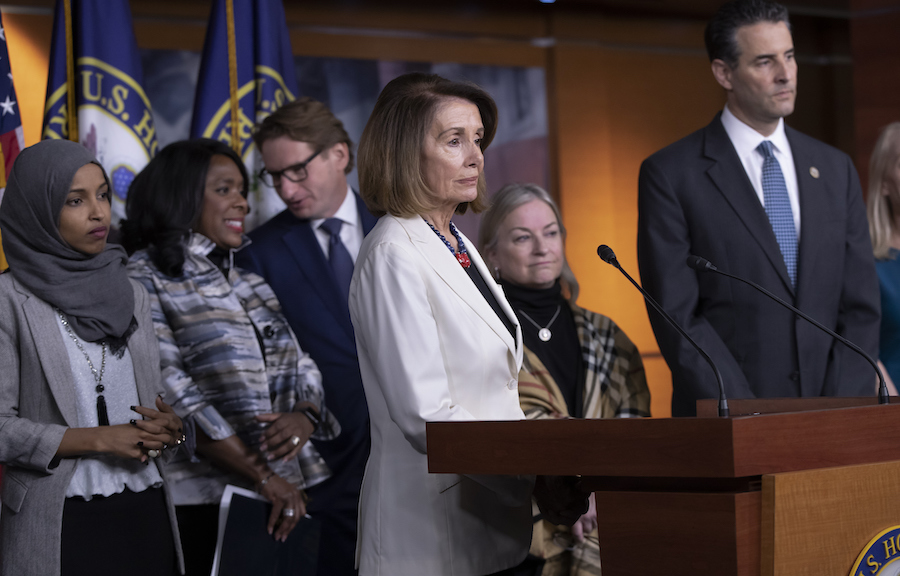 In a recent op-ed, Democratic U.S. House Representatives Nancy Pelosi and John Sarbanes vowed to “make Washington work for the people.” With their new majority in the House, they pledge to end corruption, reduce the influence of special interests, and limit the role of money in politics. They intend to do this through laws, regulations, and mandates.

In the same breath, they promise to “make progress for working families” by raising wages, ending gun violence, and lowering health-care costs. I can almost hear the wealthy, well-dressed lobbyists snapping their briefcases shut as they rush off to “help” craft all these new laws. Wait — isn’t that what we wanted to end?

The commitments made by Representatives Pelosi and Sarbanes basically fall into two categories. They promise to address corruption in D.C. Then they promise to give us good things — higher wages, a society free of gun violence, and better, cheaper health care, just to name a few.

It’s time we all recognized that these two sets of objectives are at odds. Why do lobbyists flock to Washington? Why do big companies and rich activists channel their money to federal officials? It’s because this tiny, elite group of people controls levers of power so strong and for so long that there’s no mountain they can’t move.

Today, D.C. officials and bureaucrats decide everything from what kind of light bulbs we can buy to what kind of fine print we have to sign when we visit our doctor. No one should be surprised that people with this much power will be targeted by the rich and the ambitious. And no one should be surprised that the rich and the ambitious will learn how to get around any red tape Congress might design to “make Washington work for the people.”

So we have to decide what we want more: a constitutional, rule-bound government of the people, by the people, and for the people, or a government that controls its citizens’ lives and fortunes.

The Wisdom of the Founders

In their wisdom, experience, and foresight, our founding fathers understood that corruption tends to follow power. The greater the power, the greater the tendency. So they carefully limited the national government’s powers. In fact, the many ways our Constitution divides, limits, and balances power are the main source of protection for liberty and self-governance.

It stands to reason, then, that the only real solution to the corrupting influence of money and special interests in Washington is to restore this balance of power. The federal government was never meant to be a super-legislature making all the policy for the nation. As James Madison explained in Federalist 45, the powers given to the federal government are “few and defined,” while those left to the states are “numerous and indefinite.”

When most public policies are made at the state level, as they should be, citizens are able to see what is happening and be involved in the process. It’s easier for us to visit our state legislators. Easier to talk to them and help them understand the issues from our point of view.

By forcing Washington back into its constitutional box, we can diffuse its power and send much of it back to the state level. By limiting Congress to those few, specific issues it was meant to oversee, we can remove much of the incentive for big corporations and special interests to focus so much of their influence on so few officials who are so far from the people.

Yes, fixing our government’s structure will be hard and messy. But it can be done. On the other hand, if we keep doing what Representatives Pelosi and Sarbanes suggest— getting Congress more involved in our lives while slapping new rules on lobbyists and donors — we will see little change in Washington.

Power is the fuel of corruption. If we want corruption in the Capitol to end, it’s time to cut off the fuel supply.