‘I am Blown Away by God’s Hand in This’: Man Comes to the Rescue of Mom Flying Alone With Two Crying Babies 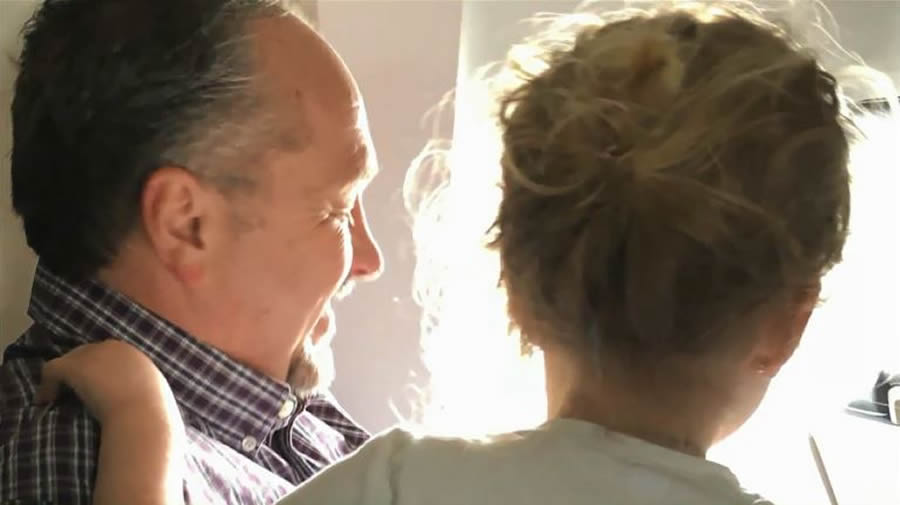 A Lenexa, Kansas, man came to the rescue of a mom who was recently flying alone for the first time with two small children.

Jessica Rudeen’s three-year-old daughter and four-month-old son were both crying as she boarded a plane to Wilmington, North Carolina. “The baby was hungry,” she told Fox4KC. “He’d been up since 4:30 a.m. My daughter lost her nerve and started screaming ‘I want to get off the plane! I want to go!’”

Todd Walker sat next to Rudeen on the plane. “I saw was a mom looking around the corner at me with big eyes, and two kids in tow that were both having a bad day. They were both screaming,” he said.

“I honestly thought we’d get kicked off the plane,” Rudeen posted on Facebook. Walker decided to help. He held her baby boy while Rudeen strapped her toddler into the seat. Then he colored with the little girl during the flight and watched a movie with her, keeping her occupied. “It was a huge blessing to be able to accept that help, and to even be offered that help,” Rudeen said.

Before the plane landed, Rudeen discovered that Walker had the same connecting flight. “I wasn’t expecting him to hang around after the first flight, but helped us off the plane, he helped us open up the stroller, get the car seat in the stroller, and then he kinda just took the lead, and led us to the next gate,” said Rudeen. Walker even changed his seat on the next flight to be able to sit with Rudeen and her children.

“This guy, Todd, showed me kindness and compassion that I’ve never known from another person,” wrote Rudeen. “I am blown away by God’s hand in this because we could have been placed next to anyone, but we were seated next to one of the nicest men I have ever met in my life.”

Walker told Fox4KC that his wife went through a similar situation when their kids were younger and he never forgot it. He added that it’s easier to help someone than you think. “If you think you can, or if they certainly ask you for it step up and help them. You know, it doesn’t cost you anything to step up and give them a hand.”

Reflections from the Vatican