21 Seconds to Change Your World: Finding God’s Healing and Abundance Through Prayer 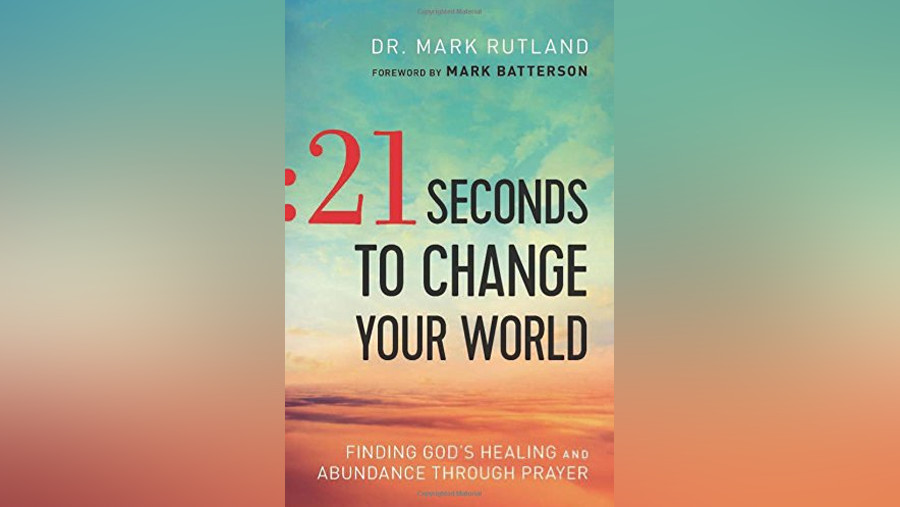 MARK RUTLAND —  “… I began to write and teach on The Lord’s Prayer and the Twenty-third Psalm at length, and together they became the cocktail of life that healed my mind. Mixed and well-shaken, repeated back to back, over and over again, prayed aloud, prayed silently, desperately, and joyfully, sometimes with such ragged faith that it could hardly be called faith, these two ancient devotional instruments became the medicine of my soul’s restoration. They can for you as well….”

Two very disparate elements of Christendom have regrettably nudged the Lord’s Prayer toward a musty and seldom opened cabinet. It happened because of equal and opposite errors, but the effect was the same: assumed irrelevance. The Roman Catholic use of the Lord’s Prayer for acts of penance sometimes devolved in the minds of Catholic laymen into punishment rather than penance: “Say three Our Fathers and three Hail Marys and do something nice for the person you hurt.” The intent was to push the penitent soul straight into a dynamic encounter with spiritual formation. Somewhere along the line, for some, saying the Our Father became the parochial version of writing “I will not talk in class” one hundred times on the blackboard.

Some traditional Protestants deposited the great prayer in the dustbin of spiritual irrelevance, or at least powerlessness, in quite another way: liturgy. By relegating the Lord’s Prayer almost exclusively to liturgy it became the mindless suffix to the pastoral prayer, the obligatory annex tacked on corporately just before the amen. Droned through with bovine enthusiasm, the prayer became to genuine spiritual formation what outside lights became to the meaning of Christmas.

Charismatics and Pentecostals finished the job. Paranoid about any possible liturgical subversion and terrified that something might look — God forbid — traditional, they by and large ignored the Lord’s Prayer. When I became the president at Oral Roberts University, certainly the best-known charismatic university in the world, I began to occasionally use the Lord’s Prayer corporately in the chapel services. It was not long before one mother called me in tears that her daughter was in “spiritual pain” at being subjected to such a practice. I was, she continued, destroying the students’ worship experience. Pointing out to her that Jesus gave us the prayer and commanded us to use it proved an irrelevant and effete argument in the face of her deeply held convictions. Christian college students, she insisted, should not be put through such a grueling and Spirit-killing experience as praying the Lord’s Prayer together in chapel.

Some charismatics even dismissed the prayer as “too elementary” and lacking in faith. Odd, isn’t it, that it is the prayer Jesus told us to pray? I find myself reluctant to dismiss the Lord’s direction on prayer. It could be that those who believe they have “moved beyond it” have marched on to some greater victory, leaving their ammunition behind.

I found much more winsome the response of a visitor at Free Chapel Church in Orange County, California. After hearing me teach at length she told me how excited she was to go home and memorize the prayer and start using it. She said she had never heard the prayer before and found it quite beautiful and that hearing it had a powerful effect on her. I was surprised that she had come to adulthood without having ever heard the prayer until she explained that she was Jewish.

“It is a Jewish prayer,” I told her. “A Jewish rabbi taught it to His Jewish followers. It was decades before any Gentiles ever heard it or prayed it.”

Absolutely delighted with this fact — and it is a fact — and utterly charmed by the prayer itself, she assured me that she would use it just as I recommended. Not coincidentally that conversation and the thrill of discovery I saw in her eyes in no small part helped me decide to write this book. Have you laid aside the Lord’s Prayer? Has it become perfunctory? Or even forgotten? What about the Twenty-third Psalm? Does it thrill you to pray it? Is it the medicine of your very soul’s restoration? Do you merely repeat it? How long since you prayed the psalm? Or spent time slowly meditating your way through it word by lovely word?

Dr. Mark Rutland’s  21 Seconds to Change Your World: Finding God’s Healing and Abundance Through Prayer was written in response to people like the Jewish lady mentioned here, a pastor who told him he was “touched in a new way by the ancient prayer,” and others like them who gave him similar encouragement.

Why God Doesn’t Seem to Answer All Our Prayers

Why Do Christians Pray?