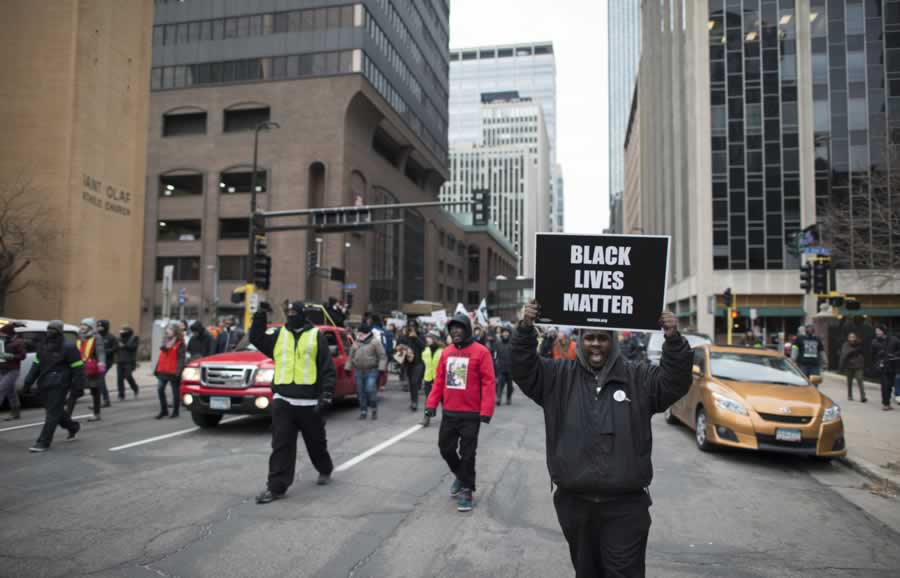 Black Lives Matter protesters marched from the Minneapolis 4th precinct police station to downtown on a circuitous route to the Hennepin County Government Plaza near City Hall on December 3, 2015. Now, protestors are out again, but this time they have turned violent.

On Saturday evening, hundreds of Black Lives Matter protesters gathered in St. Paul, Minn., to protest the death of Philando Castile, a black man who was shot by law enforcement last Wednesday. They marched on Interstate 94, shutting down the highway for over five hours.

By Sunday morning, the St. Paul Police Department confirmed that 21 police officers from various agencies had been injured, and 102 people arrested. None of the injuries sustained by the officers were serious. Fifty of the 102 arrests made on I-94 were for third-degree rioting charges.

A second incident on Grand Avenue around 4 a.m. resulted in 52 more arrests for public nuisance and unlawful assembly.

Later Sunday, St. Paul Police Chief Todd Axtell confirmed that the 21 police officers were injured by projectiles, which included: fireworks, bricks, rocks, concrete chunks and glass bottles. One officer suffered a broken vertebrae after being hit in the head by a concrete block. During the most dangerous part of the protest, people started to arm themselves with rebar from a construction site. After the highway was cleared, one officer was hit in the face by a bottle.

In a statement after the rioting, Chief Axtell said, “Protesters last night turned into criminals.”

Valerie Castle, Philando Castle’s mother, also spoke out after the protests, stating, “On behalf of myself and our entire family, we urge all people to remain peaceful in all demonstrations throughout our community and our nation.  When demonstrations become violent, it disrespects my son and his memory.  Philando was a man of peace and dignity. Please, I ask you to at all times remain peaceful in your expressions of concern regarding his death at the hands of the police. I promise that we will not rest until justice prevails.”

Leftists Whipping Themselves Into a Jacobin Frenzy